The Bethel Test Fishery is showing that the run is indeed late but also weak.

Here are the numbers as of June 20th for Chinook. 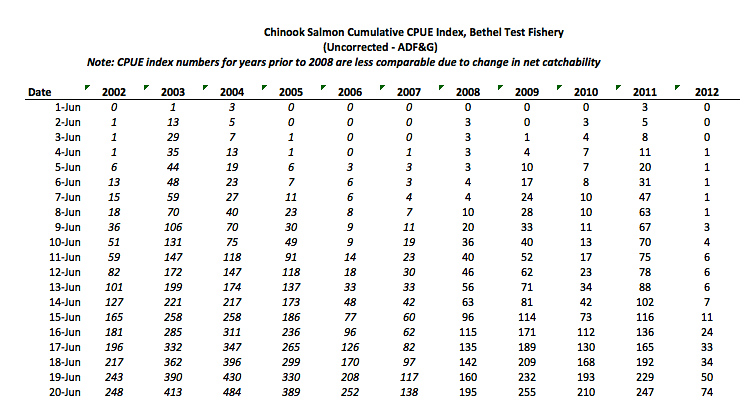 Similarly the Sockeye are late in returning but increasing as expected: 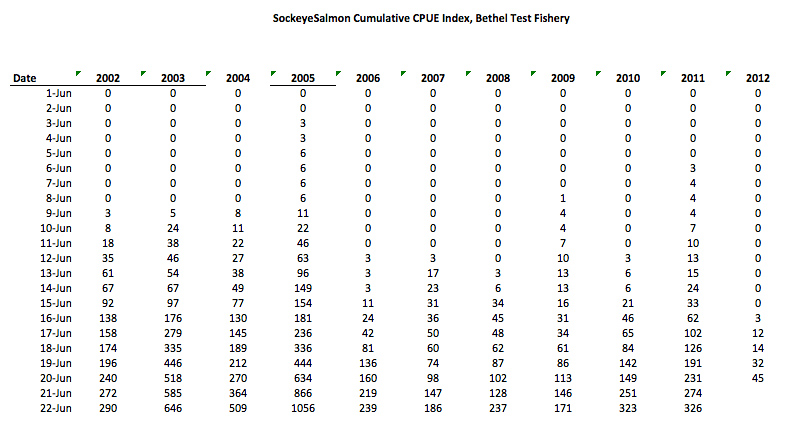 And pretty much the same results for chums; note that the chums for now have one of the lowest CPUE’s compared to other years: 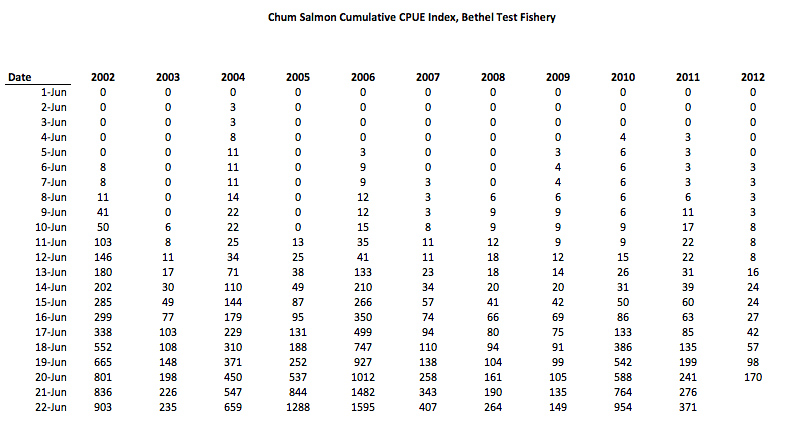