Here are the latest Bethel Test Fish numbers…and unfortunately the kings are still tracking below the previous two years.

Because the numbers are so low, AVCP held a special emergency meeting discussing the king salmon crisis on Thursday where many people expressed their concern and displeasure with recent federal and state management actions that are intended to allow enough salmon to get to the spawning streams.

Many people felt that illegal fishing was the right thing to do because “elders were crying for food”.  For that reason some declared that, “People will keep fishing no matter what.”

Salmon hatcheries were even brought up – which in Napaimute’s opinion is not the direction to go; hatcheries are fraught with too many problems.  Hatcheries of the lower 48 were found not to be the solution, but were in fact part of the problem with the decline of wild fishes.

Here in Napaimute we’ve even heard where fresh and bright sockeye and chums from the Bethel Test Fishery have been offered to families at various fish camps around Bethel and they turned them down because they, “only want kings”.  The people from days gone by would never have done such a thing!

People must realize that when the king numbers are this low that honest-to-goodness sacrifices must be made for the good of the fish and good of all of us in the Kuskokwim.  It’s not enough to give up fishing for a few days if there is no benefit to the fish; it’s critical that enough fish get to the spawning grounds.

Right now the big females are starting to go buy and the larger mesh gear that some people insist on using will readily pluck them out.

Here are the numbers in graph and table form: 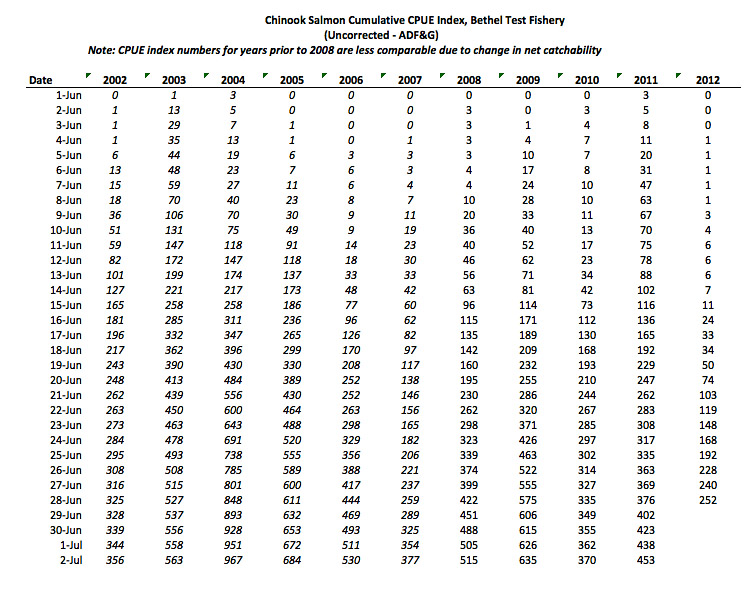 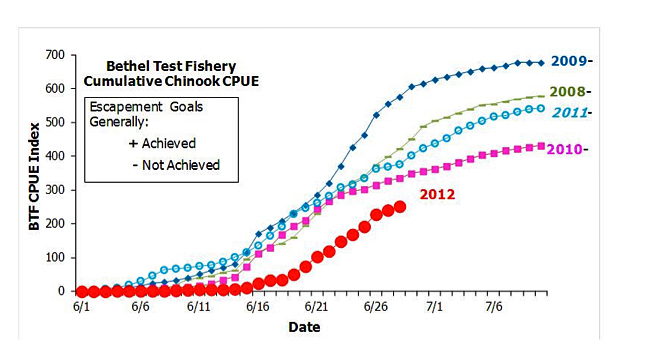 Note that the previous four years escapements for kings have not been met!

Recall in a recent post where the major factor influencing what is – or is not – coming back are the ocean conditions; there are other factors but the ocean’s productivity has been lacking.  http://www.adn.com/2012/06/23/2517571/decline-in-king-salmon-is-rooted.html 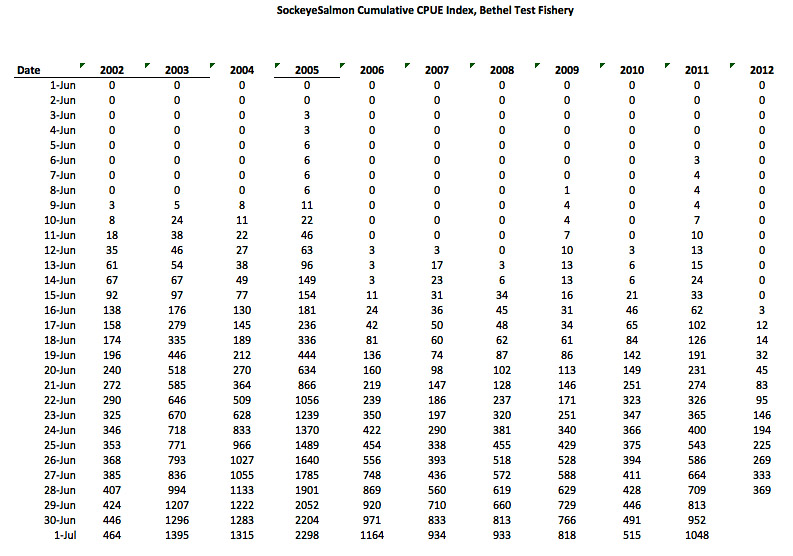 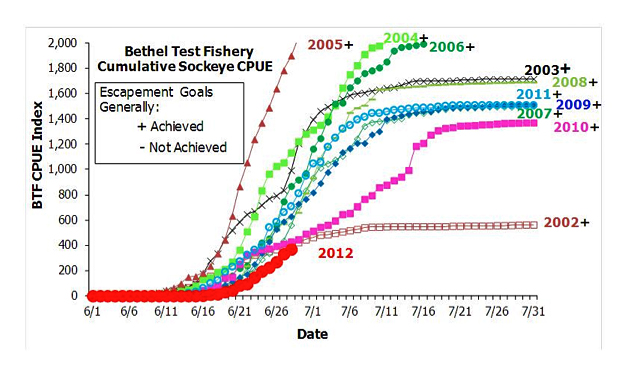 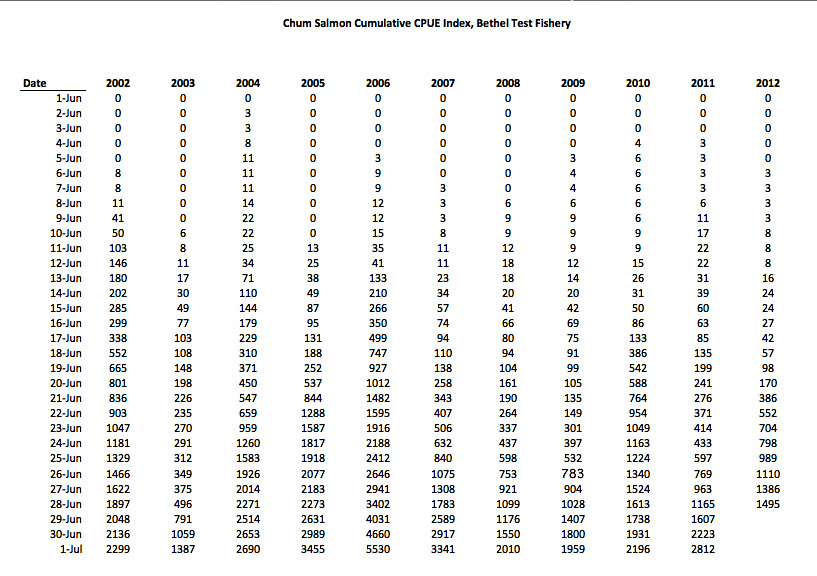 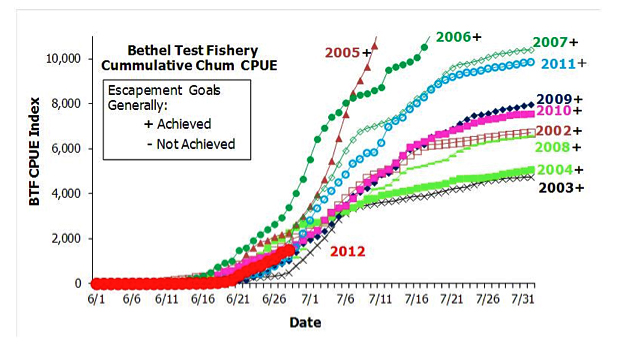 As you can see, the chum numbers look fairly good.