Kings Are Winding Down, Silvers Will Soon Be Here & Maybe The Weather Will Finally Get Nice

It’s been another fairly wet summer, but hopefully that bum weather is behind us.  Here is a rainbow seen from Napaimute last evening.  Remember – you’ve got to have the rain before the rainbow! 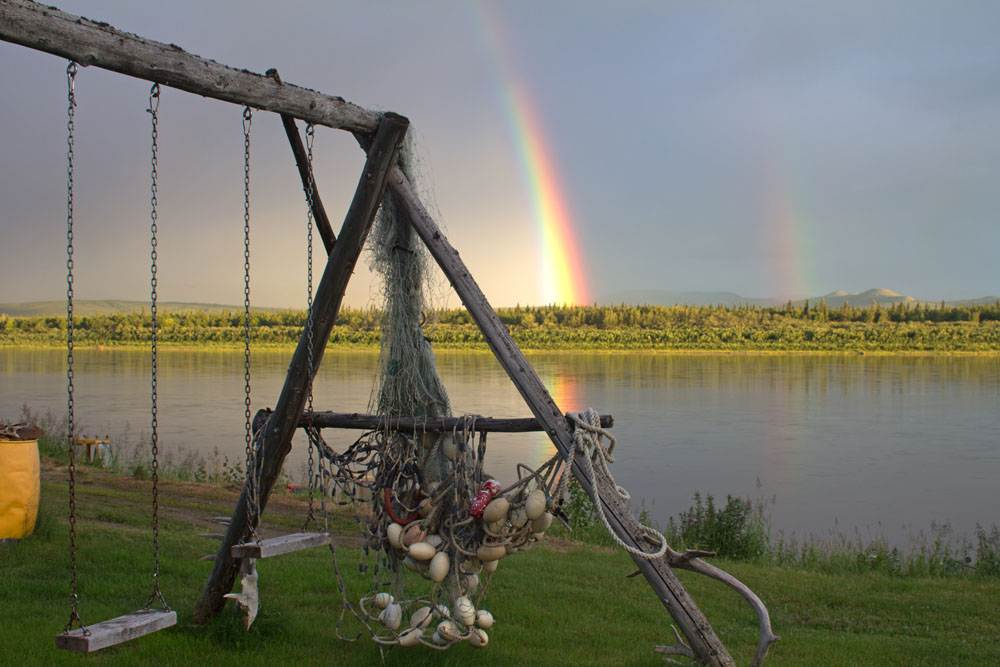 The Rainbow Over The Middle Kuskokwim

Here are the BTF results as of July 15 for kings, sockeye and chum (Only from July 2nd on) 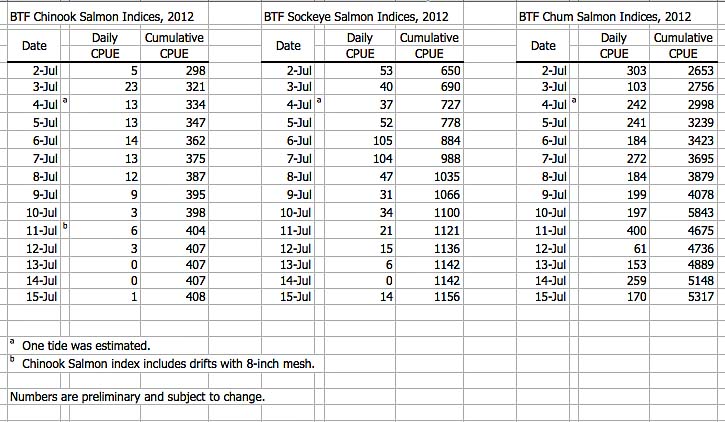 Those three species are certainly winding down, but note the bump in chums on July 11th and another on the 14th.

Here are two different ways of looking at the king abundance and why the Fish & Game believes that a commercial opening targeting sockeye and chums will incidentally take a relatively small number of kings. 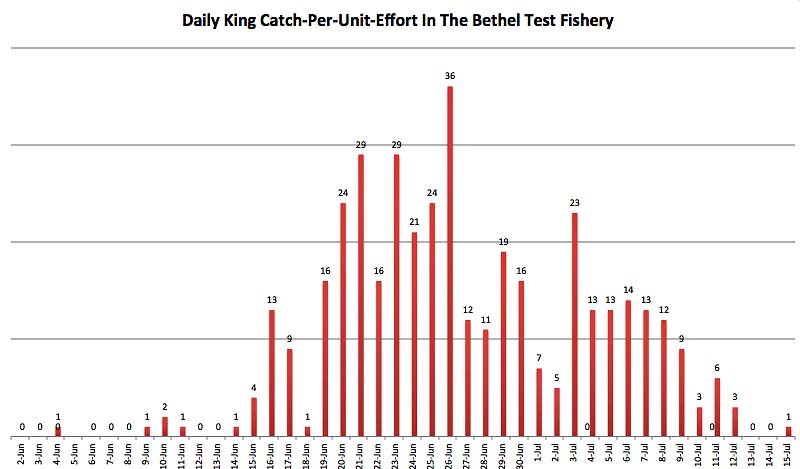 Note how the right side or tail is looking much like the left side which showed the slow buildup of kings in June - this is more of the bell shaped curve discussed the other day.

One must keep in mind, however, that 8″ gear is not being used now in the Bethel Test Fishery because it is not very effective at catching chums and sockeye – which heavily predominate the run. 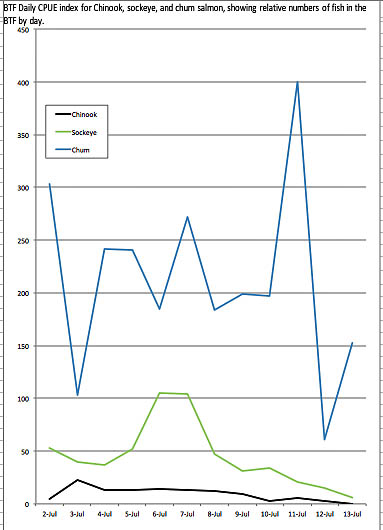 This graph shows the relative abundance of kings in regards to the other two more abundant species. This data comes from the Bethel Test Fisher CPUE.

Subsistence fishermen in Section 5 from Sleetmute upriver are now allowed to use rod and reel for subsistence fishing for kings, with a daily bag limit of 3 per person.

Many villages from Akiachak to Napaimute are done fishing for now, with most fishers awaiting the return of the silvers to supplement their winter supply of fish.

As noted earlier – hopefully the bum weather is behind us and we see a strong run of silvers.  Let’s all keep our fingers crossed.

Before we know it, birds like this one will be heading south for the winter. 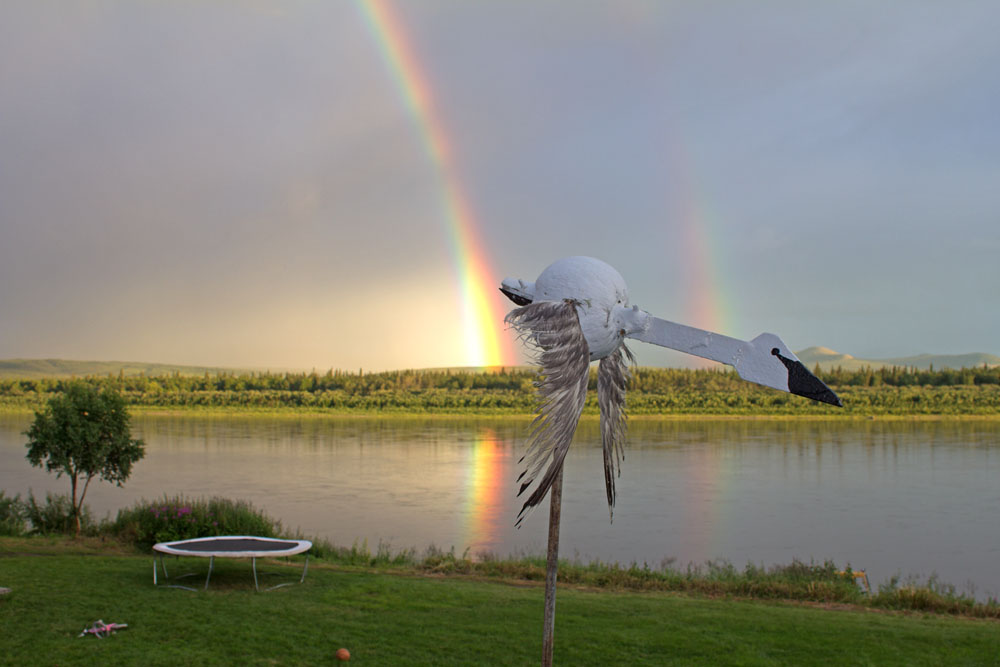