The Importance Of Wood In Our Streams

Studies have found that large woody debris (LWD) is one of the most important sources of providing crucial fish habitat in rivers – especially for juveniles.  Several studies have shown a reduction in fish numbers upon removal of woody material.  Although the majority of these studies were associated with commercial logging related activities in the Pacific Northwest, the removal of wood for any reason can negatively influence productivity in similar ways.

A key function of LWD is that it contributes to what biologists refer to as habitat complexity; basically, the more complex a system is – the better for the fish. 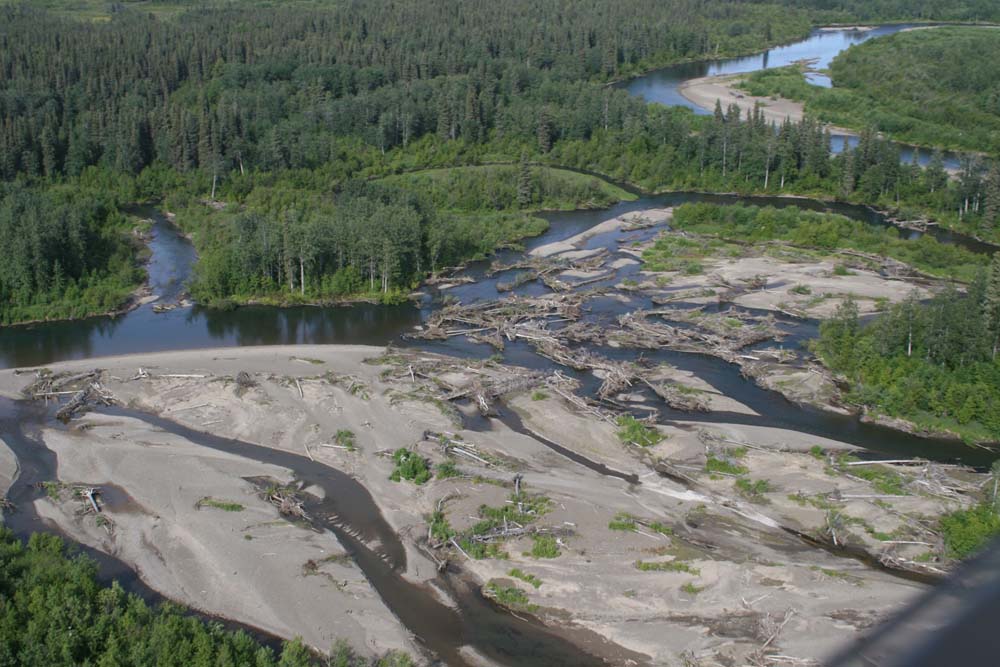 The highly complex Chukowan River, a tributary of the Holitna

In smaller streams the majority of the pools (i.e., deeper water areas) and slack water areas can be formed by large woody debris; juvenile salmon, rainbow trout, Dolly Varden and grayling require this high quality cover because it offers protection from predators such as osprey, otter and kingfishers. 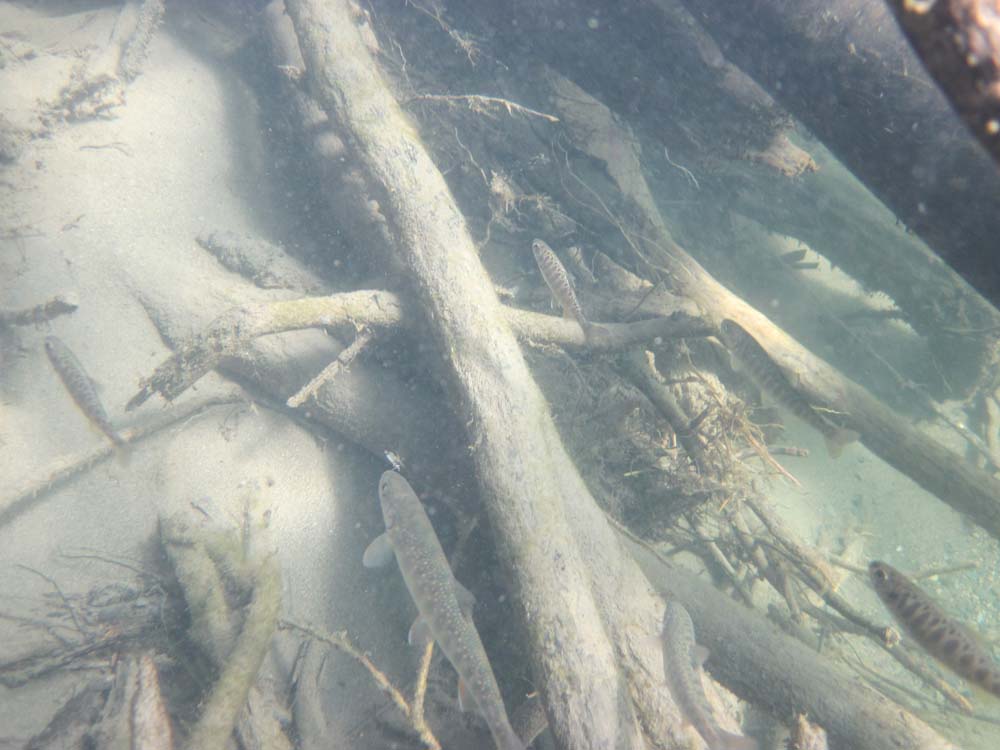 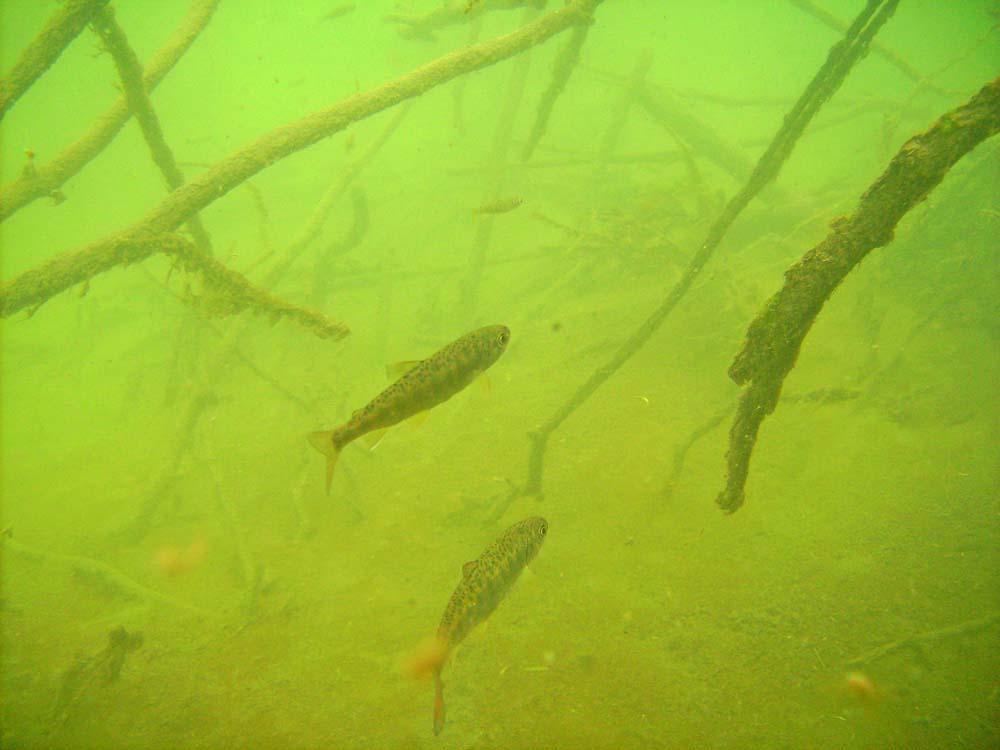 In rivers such as the Holokuk, the Aniak, the Holitna, the George and Oskawalik, overhead wood provides protection for adult fish from bears, eagles, osprey and other predators. 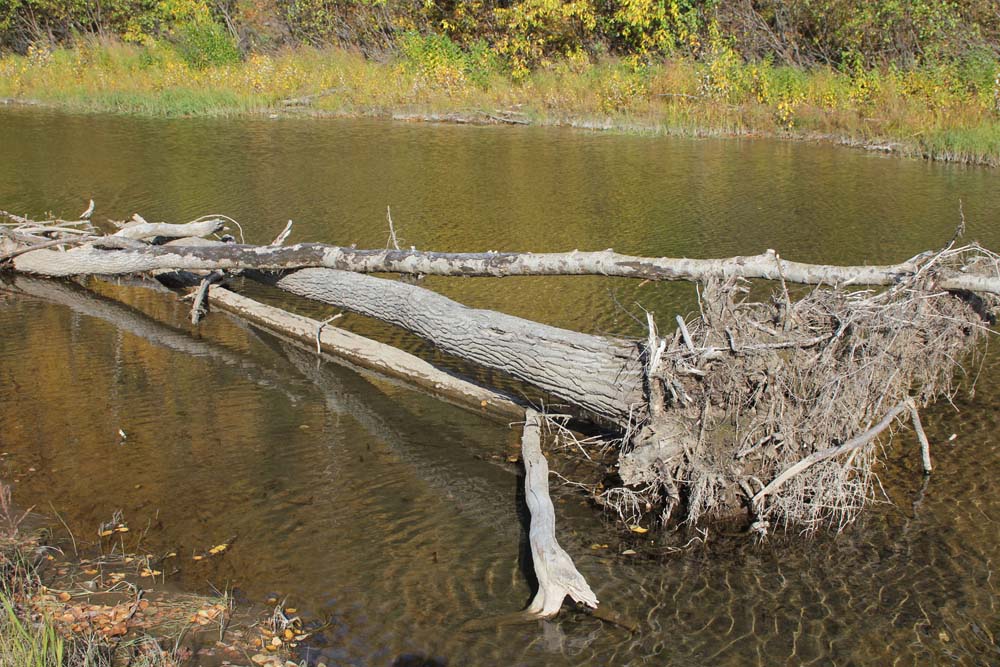 Sometimes the influence of such cover may be subtle.  For example, many young salmon maintain territories that they vigorously defend from competitors.  They do this through aggressive behavior initiated by the sight of another fish in their territory.  Logs and branches block the vision of nearby fish and divide the habitat into smaller territories, allowing more fish to occupy a given area of stream.  Woody material in streams is especially vital for providing protection from high water velocities and turbulence during flooding events, creating eddies and backwaters which act as refuge areas for young fish in an otherwise hostile environment. 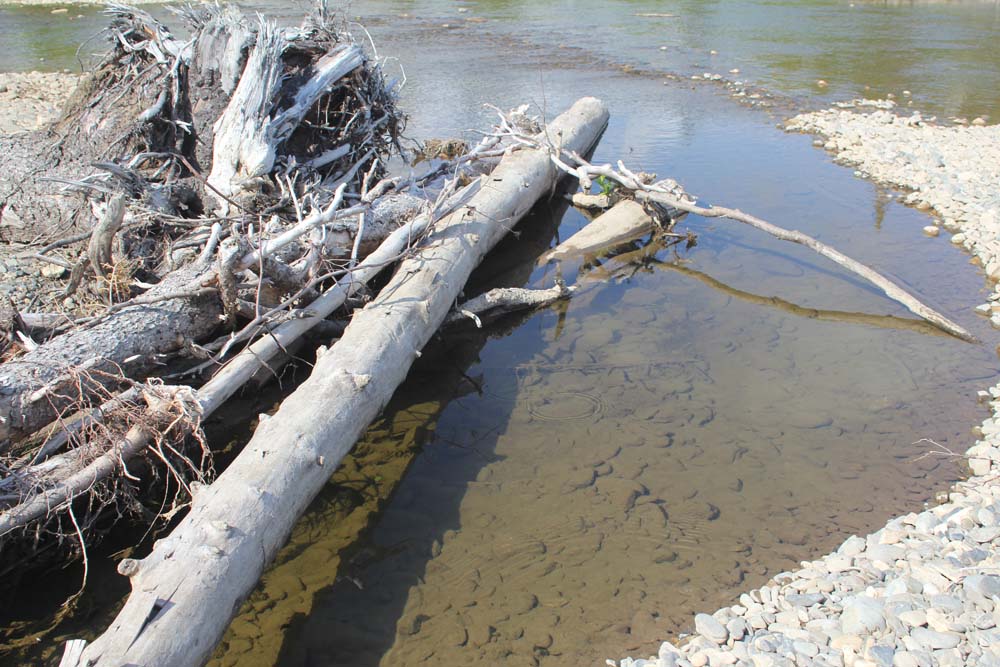 This wood and the current from higher water created this ideal juvenile rearing spot.

You can see on that last picture a few rings from juvenile salmon.  These areas warm up quicker than the river itself – which allows for the young fish to grow rapidly.  In essence it can be considered a micro-habitat.

Although the relative importance of woody material decreases with increasing channel width for large rivers like the Kuskokwim, wood in the Kuskokwim increases the complexity along channel edges and in the side channels.  It also plays a role in the creation of islands that adds to the complexity at that larger scale.

Why bring this subject up when most of our streams are naturally complex?  Because, as the price of heating fuel rises, more and more people are heating their homes with wood stoves and furnaces.  An enticing source of firewood can be the immense log jams in many of our local rivers.  A good number of people are going out and cutting up these jams, rafting substantial quantities of wood downstream to their homes or businesses. 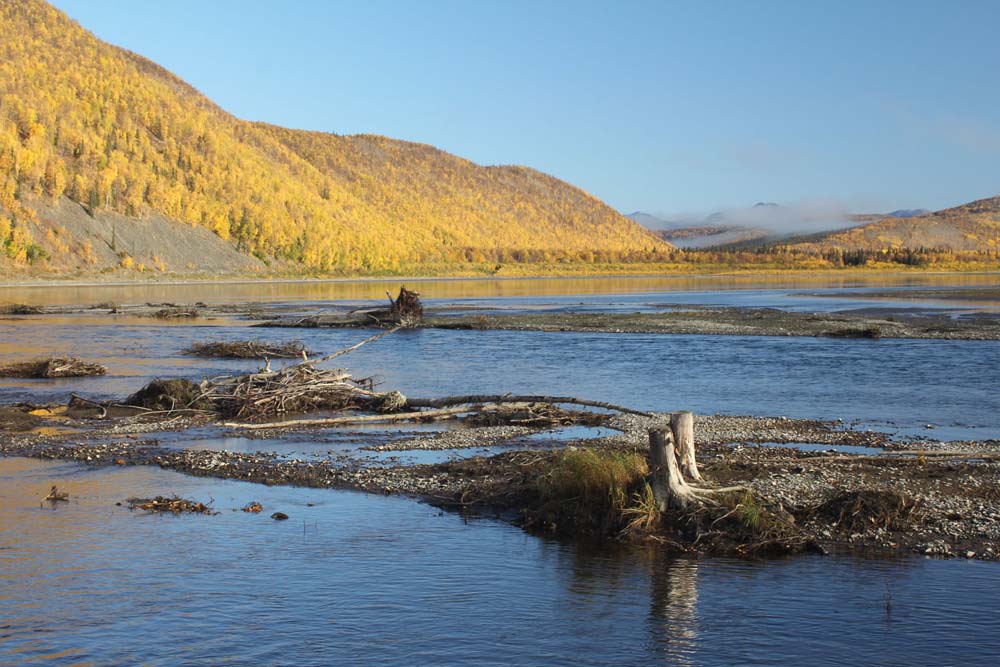 Here's two trees that have been cut in the mouth of the Holokuk that would have provided habitat some day.

Obviously then, the removal of wood from jams and along the banks contributes to a reduction in the amount of large woody debris, and results in a loss of complexity in salmon spawning and rearing streams.  I don’t want to insinuate that wood should never be taken from any waters; wood coming down the Yukon and Kuskokwim is definitely fair game.  Firewood gatherers, however, should use discretion when collecting wood, particularly from streams that provide spawning and rearing habitat for salmon and other species.  Even standing dead trees relatively close to the bank that are likely to fall into the stream should be left untouched for, sooner or later, they’ll end in up providing critical fish habitat.

It’s been said that a hungry man will eat the last fish and a cold man will burn the last piece of wood.  With the poor returns of king salmon this year – and after last year’s brutal winter – let’s hope we never have to confront either possibility.