It’s likely we’ll be breaking a record, at least from the NOAA’s data set (http://aprfc.arh.noaa.gov/).

So – who would have ever guessed it would be this late?  Has anyone who entered the Kuskokwim Ice Classic still have any picks for this coming week?

According to Mark Leary, the river rose 4-inches yesterday as of  midnight, but then dropped 5-inches overnight and is lower now than it was yesterday.

As of yesterday in Napaimute this is what the river looked like: 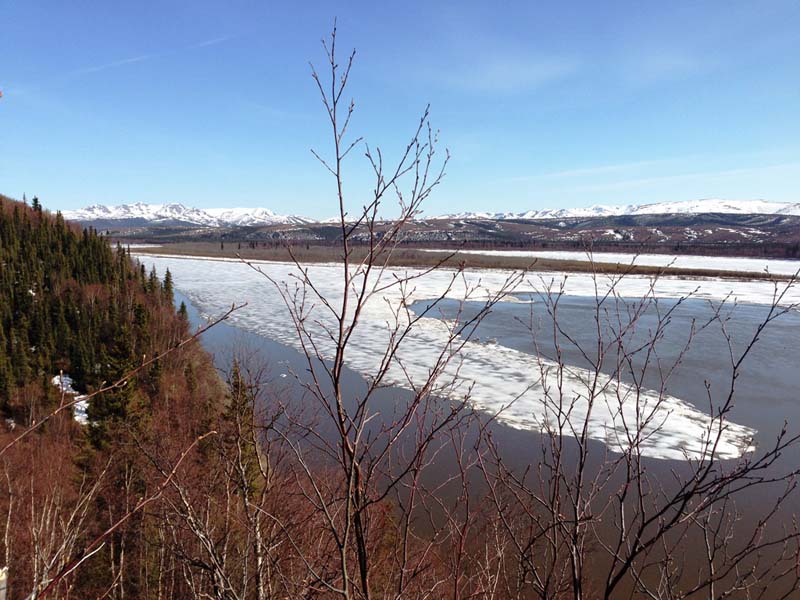 Looking upstream from a nice vantage point above Napaimute. 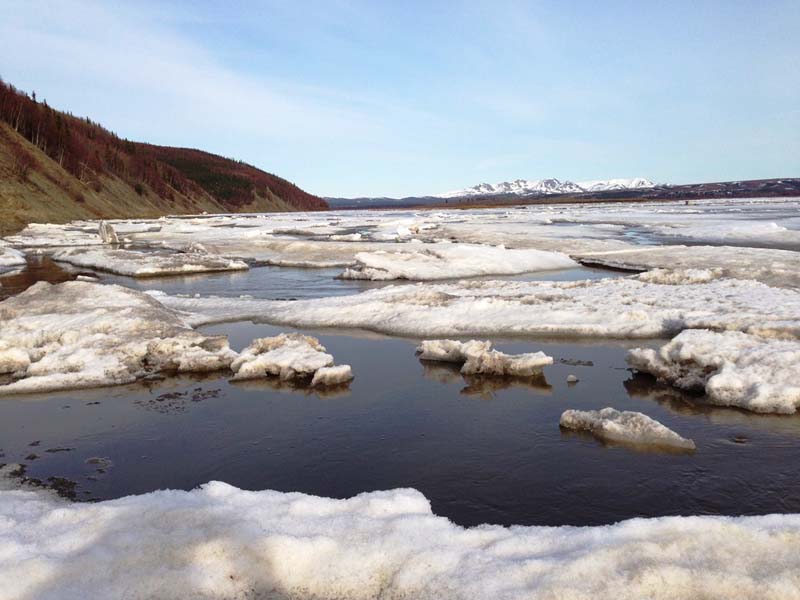 Here’s what’s going in in Aniak: 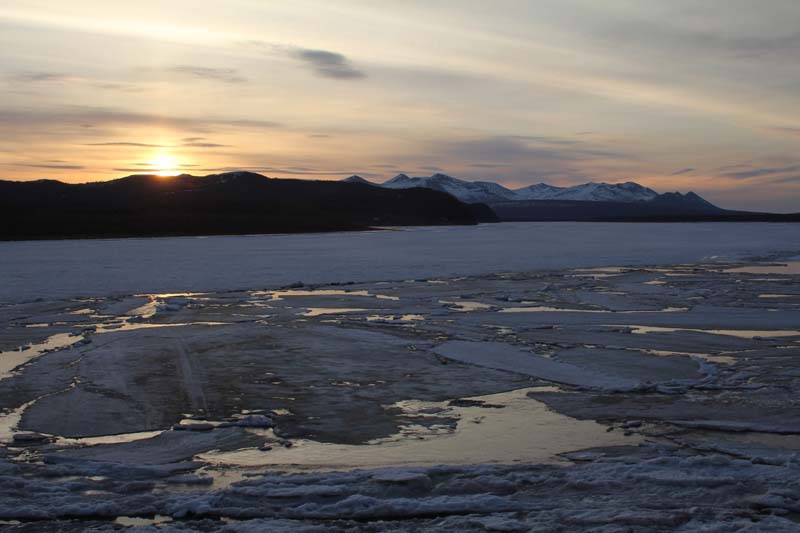 Although not much different than the previous days, the ice has just got to be softening up…even with the below freezing temperatures each night. 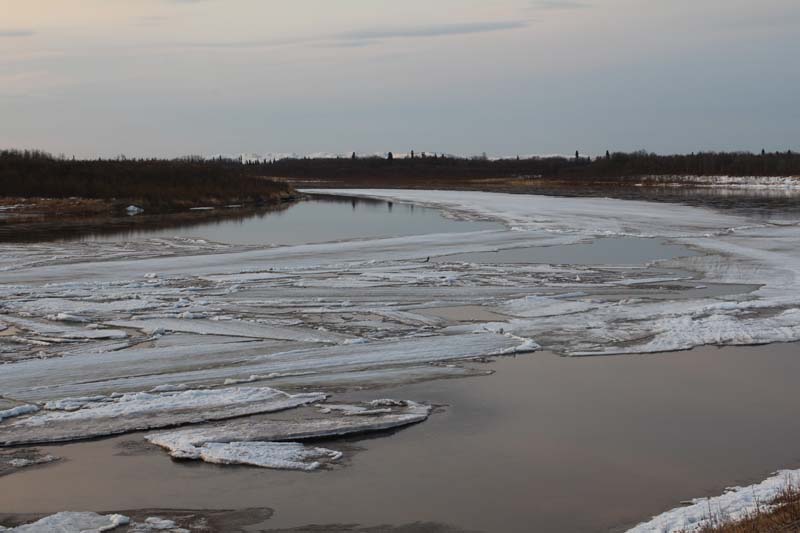 The ice filling the slough came from somewhere…I just don’t know where? 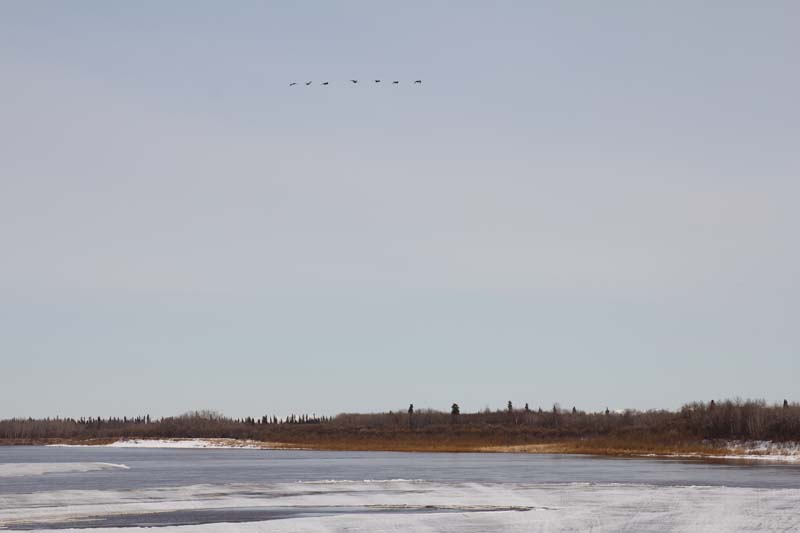 These geese probably know where that ice came from!