Mark Leary reported at 7:00 pm this evening that the entire river is passing ice…so that should get things moving in Chuathbaluk and Aniak in the near future.  At least one would think…wouldn’t they?

Hold on – just as I posted the above he texted me back and said that it stopped!

If the Kuskowkim breaks up tomorrow…or later, then it should be a new record according to NOAA’s records.

Here’s what the river looked like in Napaimute after the ice stopped moving.

Mark says the water is low. 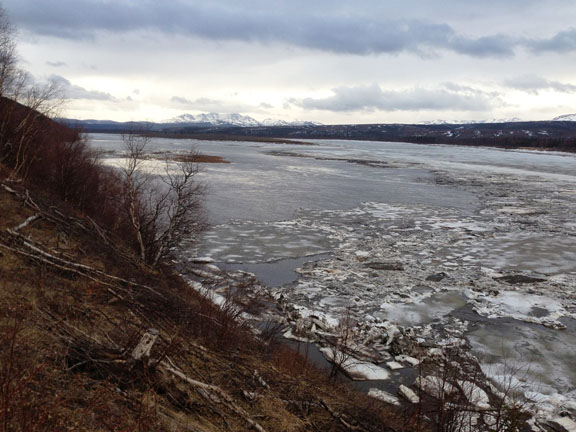 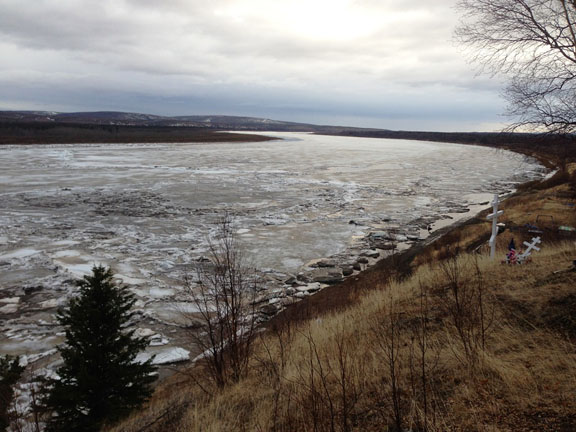 Looking downstream to where it jammed shortly after it started moving.