While most of the Kuskokwim from Bethel up to the Tuluksak showed no sign of breaking up yet, it was another story around the Kalskags. Break-up is beginning to occur below Lower Kalskag and above Upper Kalskag, while in-between the two areas the river ice was cracking and shifting was observed. A break-up front in this area is expected to form shortly, most likely near Upper Kalskag, where a ¼ mile lead had formed a few miles above the village.

From the Kalskags to Harry’s Gravel Pit at Birch Tree Crossing, the ice appeared to be weakening. From the gravel pit up to Aniak, the river appeared solid.

All nearby tributaries were clear or clearing of ice – Kwethluk, Little Kasigluk, Kisaralik, and Tuluksak. The old Kuskokwim Channel by the Kalskags was 75% free of ice. Hunters could be seen boating along these waters or along the sides of the Kuskokwim following the overflow.

Everywhere else, from Bethel to the Tuluksak Bluffs, the Kuskokwim ice was still in place but was showing signs of rotting with dark spots. High water was evident and all sandbars were underwater.

Here are photos provided by the BSAR: 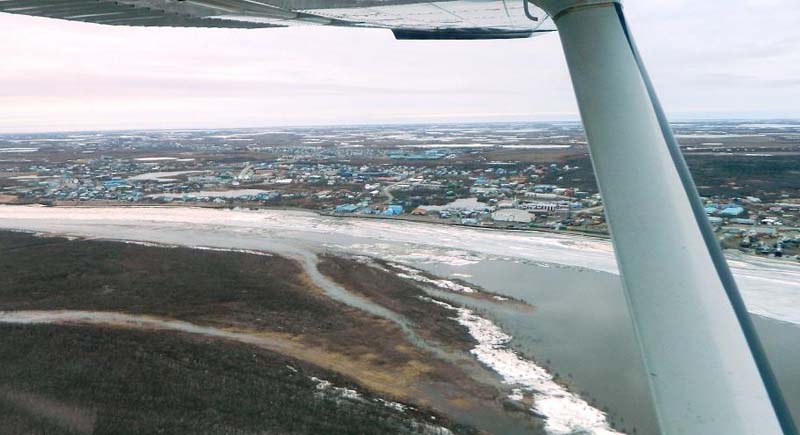 The river at Bethel.

The village of Kwethluk. 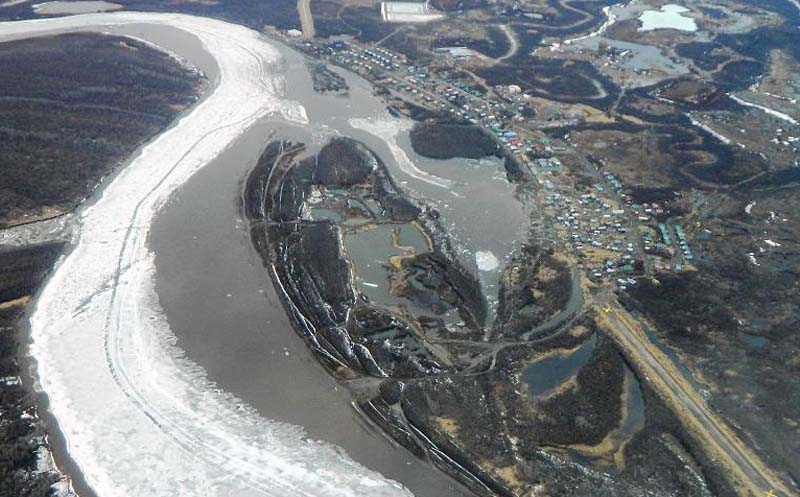 The village of Akiachak. 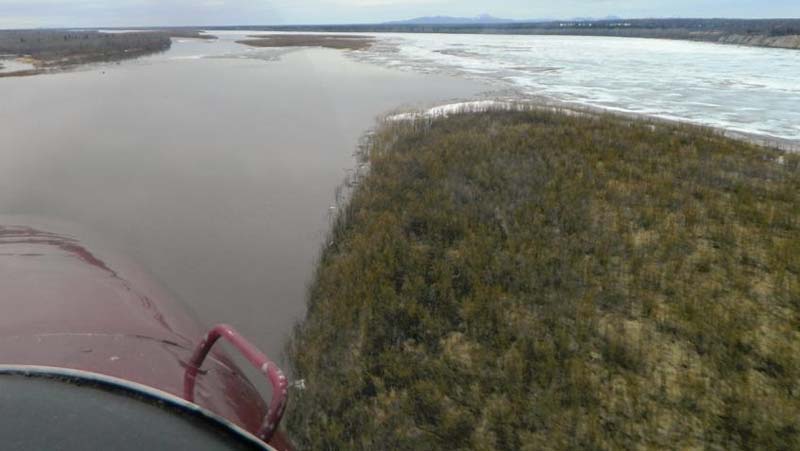 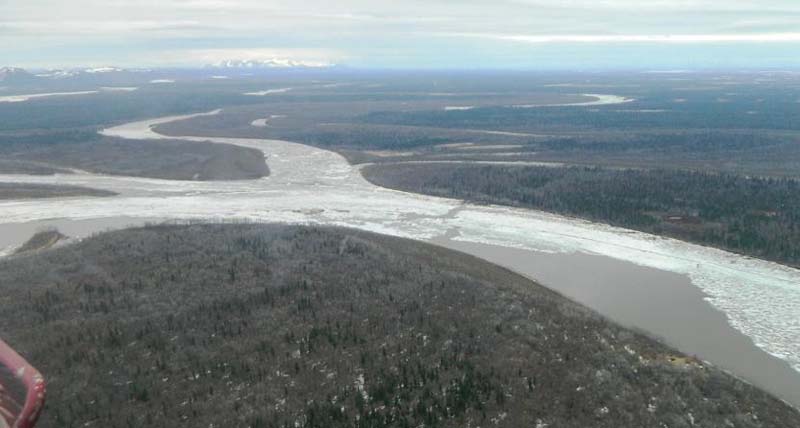 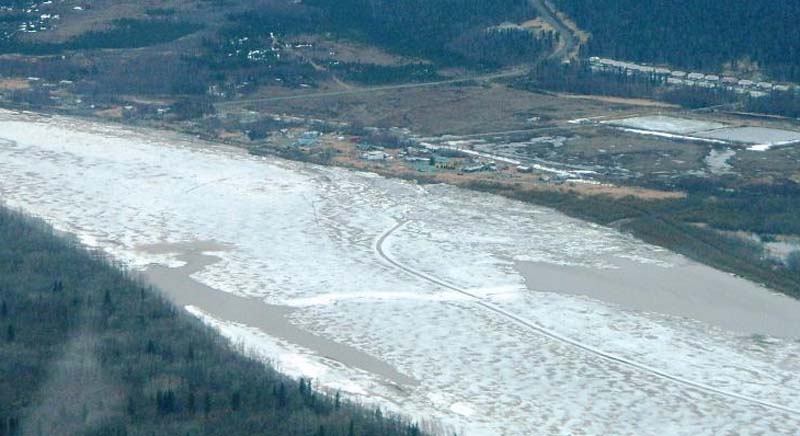 The village of Upper Kalskag. 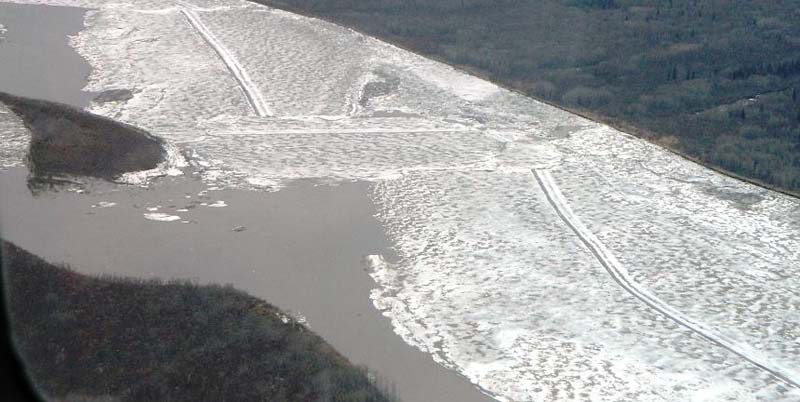