The Mosquitoes Are Vicious This Year – But Just How Safe Are Mosquito Coils? 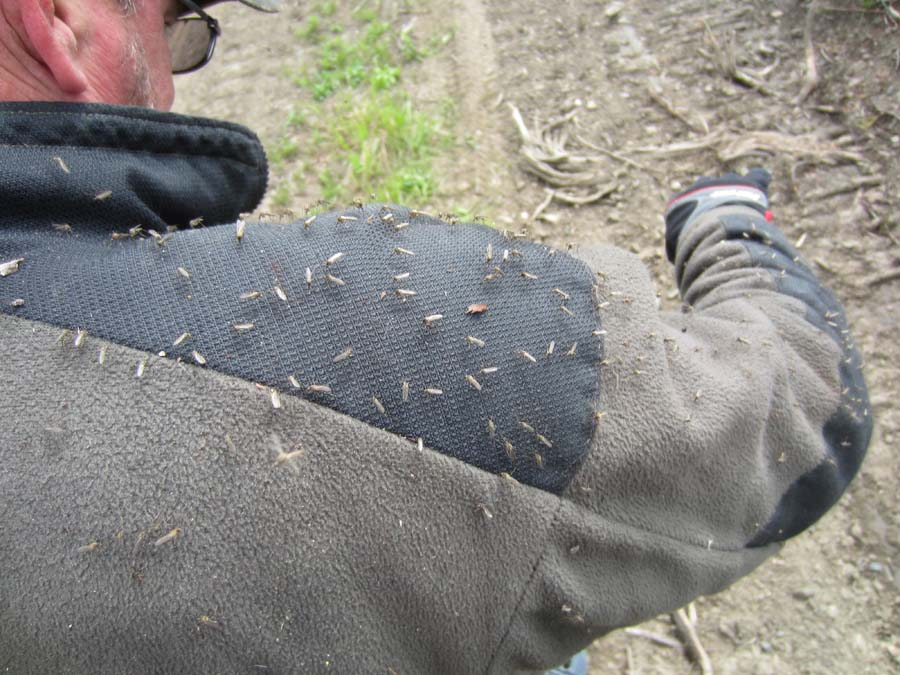 This photo was taken last year when the skeeters weren’t so bad!

Now that the mosquitoes are swarming just about everywhere, it’s time to bust out the mosquito coils…and I have one going right now in my arctic entry way. 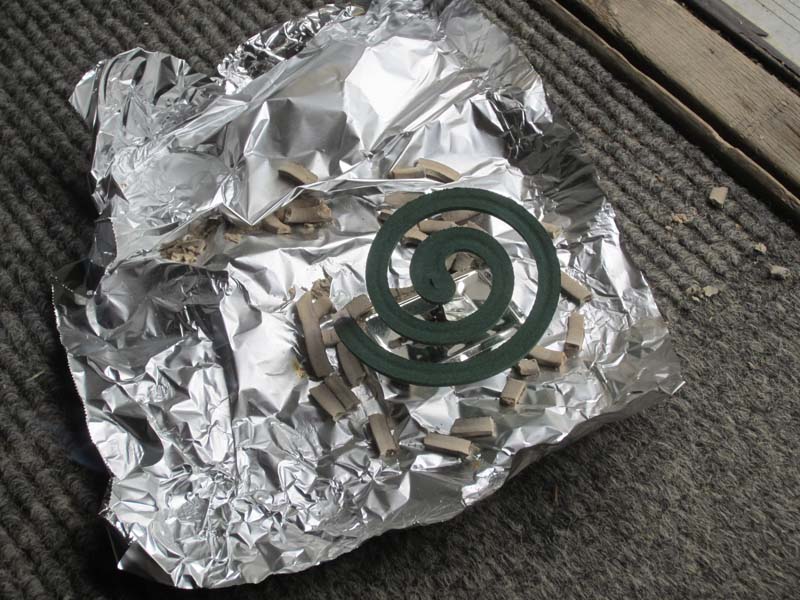 But how safe are they?  I might be catching a cold, but after two days of smelling the smoke from the coils as I go in and out of my house, my nose is stuffed up, I’m constantly blowing it and my throat is scratchy.

So I did some research on the Internet, but I’m not one to believe everything I read there.  However, I did come across this one article that seems to be reliable, and quotes some medical professionals attending a conference titled Air Pollution and Our Health that was organized by the Centre for Science and Environment along with the Indian Council for Medical Research and the Indian Medical Association.  India and other countries have huge problems with mosquitoes carrying such diseases as malaria and dengue fever.

The coils used in India and other countries are made up of chemicals called BCME’s or biscloromethylether which some consider to be “the most potent lung cancer chemical ever discovered”.  This substance is banned, however, in the US but according to the article some coils containing it many still make in.

But a common chemical used in the coils we use is permethrin, and this can contribute to air pollution and respiratory distress; and it does kill honeybees and aquatic organisms like fish.

Will I stop using coils?  Probably not – but I will be careful to use them in well ventilated places like an entry way when I leave the door open or outdoors like the outside of my tent when camping (but not when the wind blows the smoke directly into the tent!).

There is a reason medical professionals recommend never using coils or pics indoors, and especially near sleeping quarters.  I’ve got to wonder if the use of pics and coils aren’t part of the reason that we are seeing fairly high rates of cancer in the region.

Here’s something that I came across on Facebook, and it probably is comparing the coils with that nasty BCME chemical…not the ones we use: 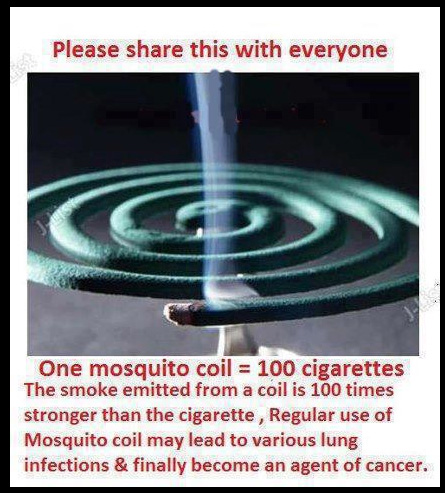