The information packet is available for the Kuskokwim Salmon Management Working Group meeting tomorrow.  Here are are a few excerpts, but but you can get the entire packet first thing tomorrow morning at http://www.adfg.alaska.gov/index.cfm?adfg=commercialbyareakuskokwim.salmon#/management. 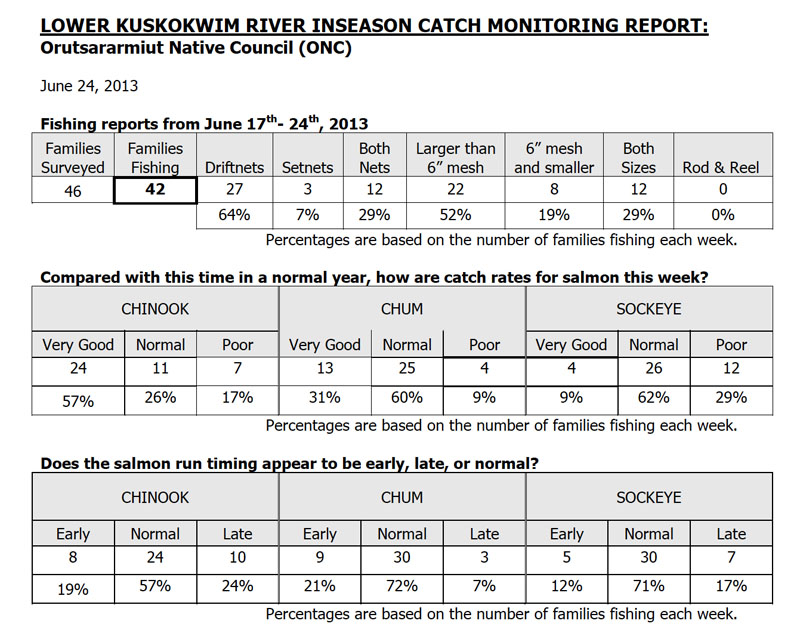 Lower river fishers have been hitting it hard in fear that there will be restrictions at some time.

As with any in-river fishery, the people closest to the mouth have first crack at the fish and therefore the easiest opportunity to catch what they need…unless some regulation is in place.

I was told that Sunday night a set net checked by the Fish & Wildlife Service near Oscarville had 64 medium to large kings along with a several other smaller kings after only being in the water for 4 or 5 hours.  A post on Facebook tells about one Bethel fisherman who fished for 8 hours one evening and caught 26 medium to large kings.

While fishing is picking up for some middle river fishermen and some have caught 30 or more kings over a several day period, one fisherman in Aniak did eight drifts and only got one king; another in Napaimute fished all day and got only 6 jacks.

It’s no wonder then that some people downriver feel there are more fish than last year…but so far the Catch-Per-Unit-Effort (CPUE) is the lowest on record!  If you look back to previous years like 2005 and 2009, there were regular daily catches in the Bethel Test Fishery of 30+ kings and occasional catches of over 50 fish; this year there’s only been a couple that have topped 20 fish…the average has been less than 15 a day. 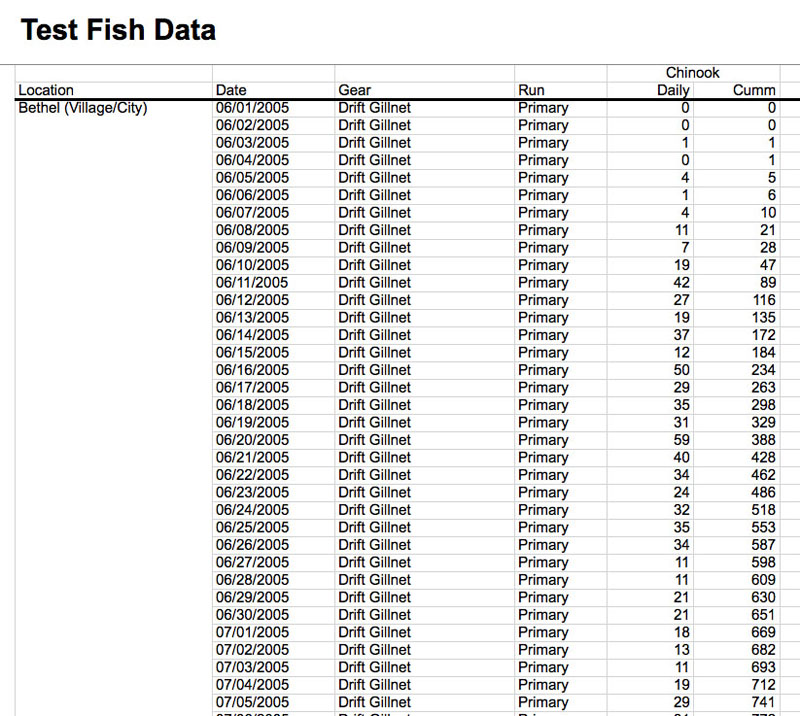 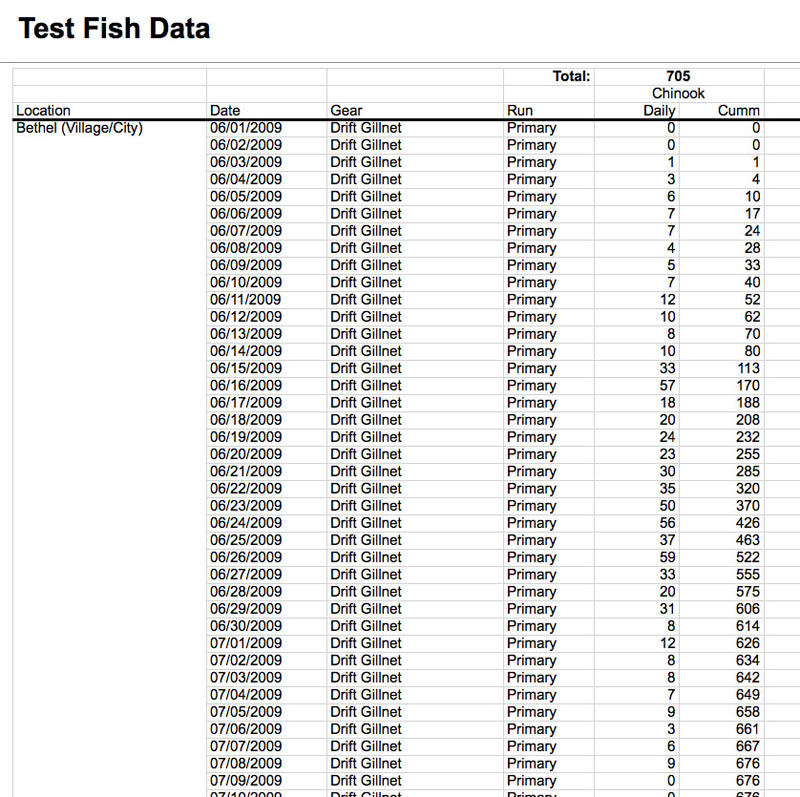 2009 – a decent king year in which the higher escapement level was made; at least 3 daily CPUEs hit 50 fish. 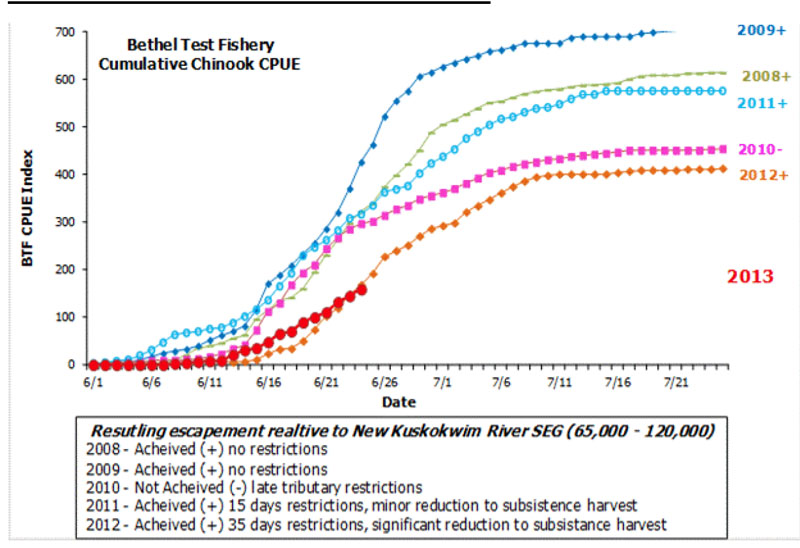 Graph showing that past 5 years CPUEs and this year’s. Note how it’s the lowest on record. 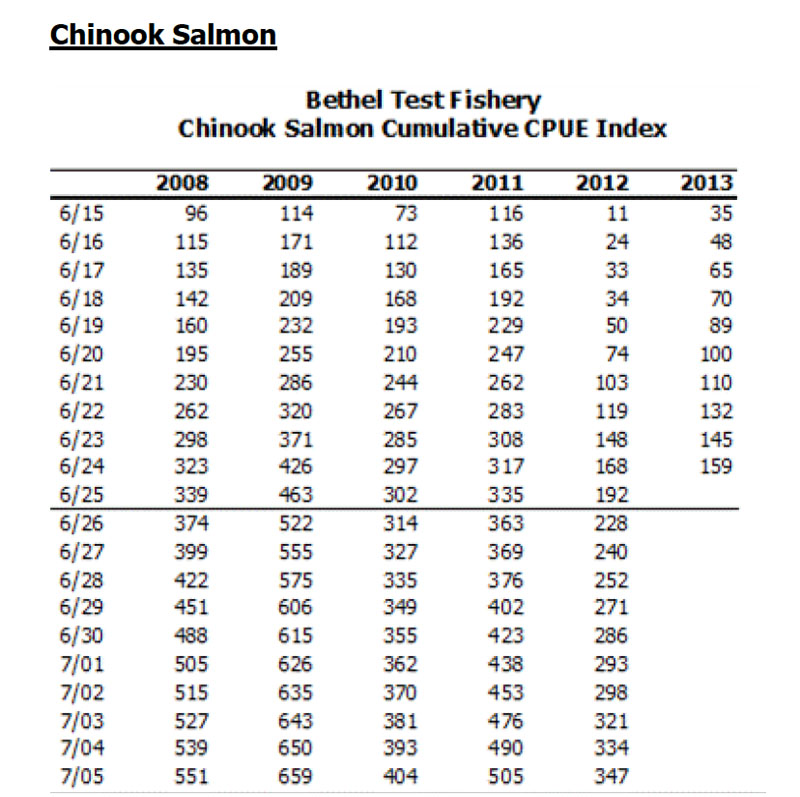 A different way of showing the cumulative CPUE – comparing to the previous years you can see that it is the lowest on record.

Having said and shown all that, even with the relatively low CPUE it still looks like we will meet the drainage-wide escapement level that has been set…but remember it’s been lowered from previous years; one can only hope that we will see good returns off what we got back the last few years and this year.  As you might recall, last year was quite rainy and some of the weir projects had incomplete counts due to high water so we have no hard numbers to judge by but the best estimate indicates that we met escapement only through the sacrifices that many fishermen graciously endured.  Let’s keep our fingers crossed that we get good counts this year and that we do meet the set escapement levels.

I’ll end with two of KNA’s college interns interviewing local Aniak fishermen (i.e., Kenny Smith and Missy Kameroff) for in-season harvest information that will be presented at tomorrow’s Working Group meeting.  For people who have concerns about the difficulty that many fishers throughout the middle and upper Kuskokwim have had meeting their needs, you can call in on 1-800-315-6338 (Code 58756) in the beginning portion of People To Be Heard.  The meeting starts at 10:00 am. 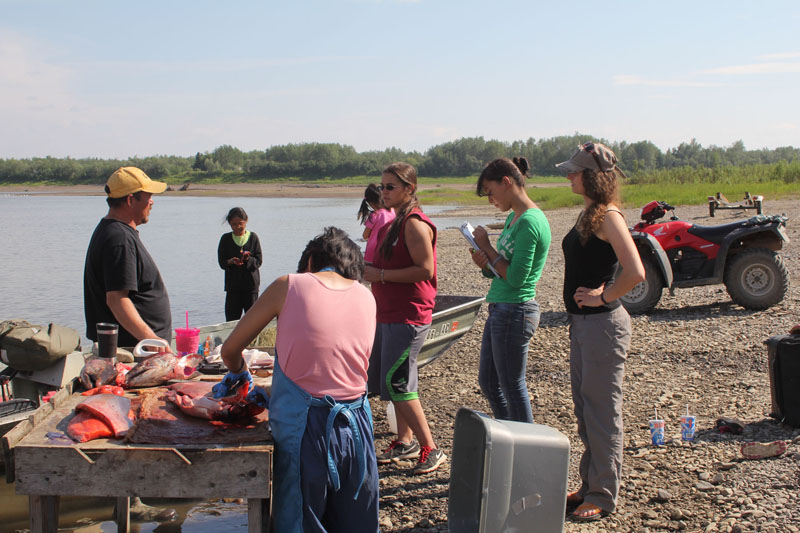 KNA interns Amanda Hoeldt and Raven Phillips interviewing Kenny Smith to find out how successful he’s been so far this season.