Restrictions Extended In The Kuskokwim To Protect King Salmon

This year’s cumulative count is only 217 compared to previous years when the count at this point in time often exceeded 400. 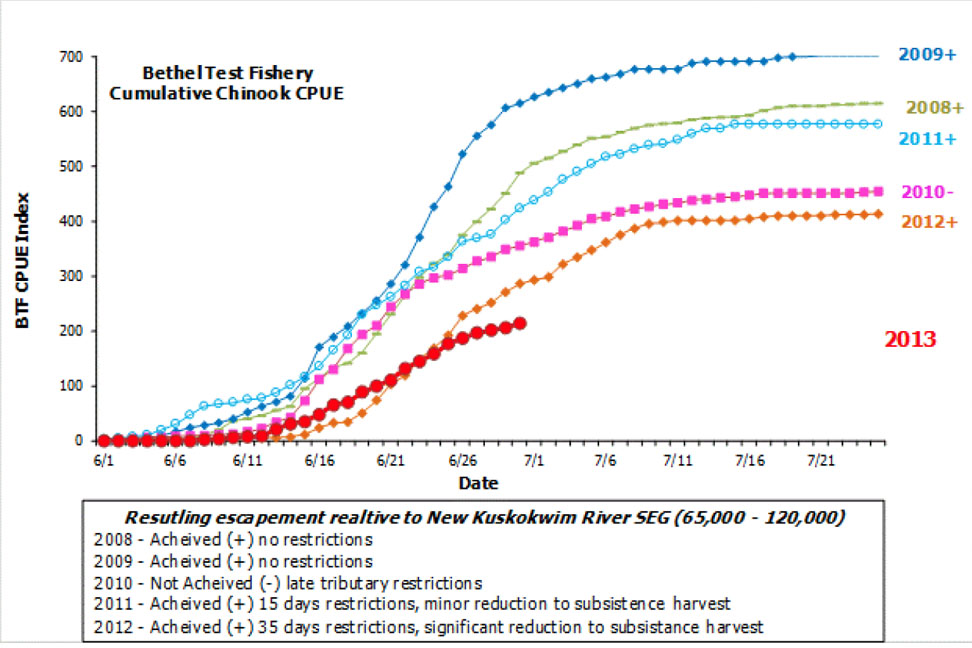 BTF catch-per-unit-effort plotted over time showing that this year is the lowest on record.

It is possible that the escapement this year – even though the BTF cumulative is the lowest on record – will exceed that of 2010, which to date is the lowest escapement on record and the only year that didn’t meet the newly established 65,000 escapement goal set by the Department of Fish & Game; but only time may tell.  Hopefully, the recent rains won’t wash out any, or many, of the weirs and we can get accurate escapement counts on the spawning grounds; that’s really the only way we know how effective management decisions were.

According to the Department, two different modeling tools were producing multiple outputs that are saying different things, so the F&G could not say whether or not the drainage-wide escapement of 65,000 kings will be met.  Both tools, however,  were indicating that whatever the escapement ends up being, it won’t be too far off of the lower bound of the range which is 65,000.  It was estimated that as of today 78% of the king run has passed Bethel.

Because that leaves a fairly significant amount of fish yet to pass Bethel, further restrictions (i.e., extending the 6″ or smaller mesh size period from the mouth all the way up to Chuathbaluk) were agreed upon by both the Department and the Working Group.

Here’s the news release that resulted from today’s emergency meeting (note that these dates are extensions from the already in-place similar restrictions that began in the lower river on June 28 and the section from Tuluksak to Chuathbaluk at 1:00 am Wednesday July 3rd): 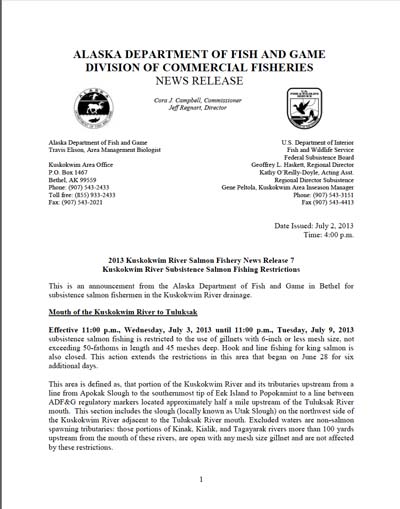 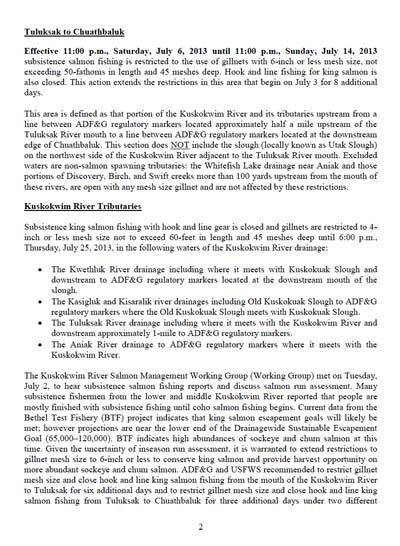 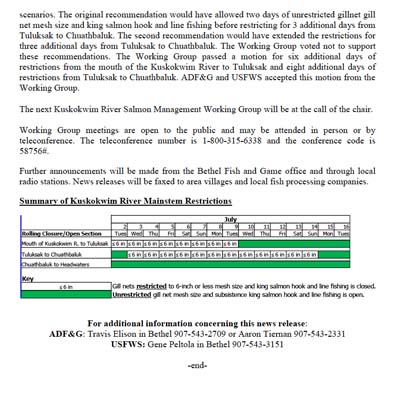 SO TO REITERATE – THE MOUTH OF THE KUSKOKWIM ALL THE WAY UP TO CHUATHBALUK IS NOW UNDER THE RESTRICTION THAT NETS MUST HAVE A MESH SIZE OF 6-INCHES OR LESS.