Now that we have had below zero temperatures for well over a week, all the ice that melted from the extreme warmer temperatures in late January and early February refroze and is as smooth as a baby’s behind…at least it was.  While the east coast was getting battered with near zero temperatures, we were in the mid 40’s much of the time.

Here’s a report by Mark Leary who was out marking the trail the past few weeks; who by the way, was able to make it from Bethel to Napaimute in a little over three hours:

Best trail is Straight Slough up the main river through Kuskuquak. Pick up the Kalskag road at the Christmas tree marker below Tukuksak. Pick up the Napaimute road at the Christmas tree marker at Chuathbaluk.
Road goes through the short cut across from Bogus – not by the main channel. Watch for the open hole on the main channel side of the island going into the short cut – only the lower end of it is marked – not the main channel side. It was too rough before – didn’t need markers. I asked Tuluksak to add markers to the main channel side of this open hole as there was a report of a truck going near it on Sunday.
Also do not go around Tony Hall’s bend above Akiak. I don’t know the status of the unmarked open hole that was still there at the end of January. Truck trail goes right up through both the 1st and 2nd shortcuts above Akiak. It has a few tree markers and then is marked good with trees the rest of the way to Tuluksak.
Although conditions a very good for traveling on the river – caution should still be used:  With the dropping water levels in the river, drivers should use watch for dropped ice when going over sandbars or through sloughs. 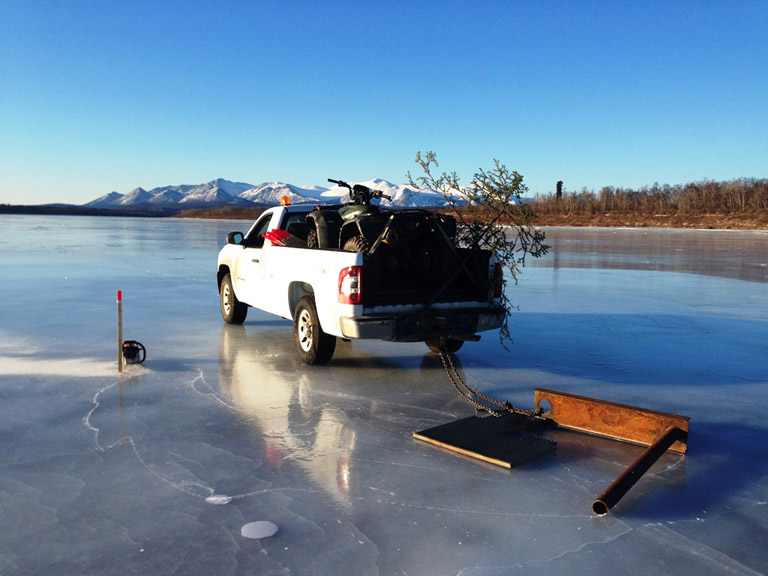 River conditions below Napaimute the second week of February. Iron was dragged with the intent of marking the trail – but it was so smooth and hard that it didn’t even  “scratch the surface”. 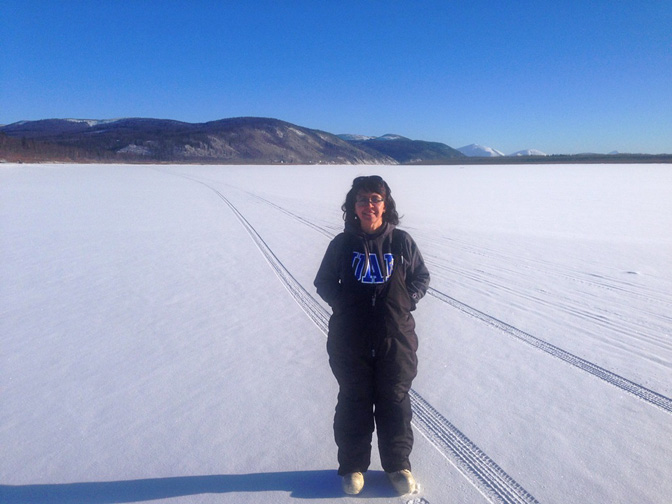 Shelly Leary on the river after a dusting of snow February 17 with Napaimute in the background. 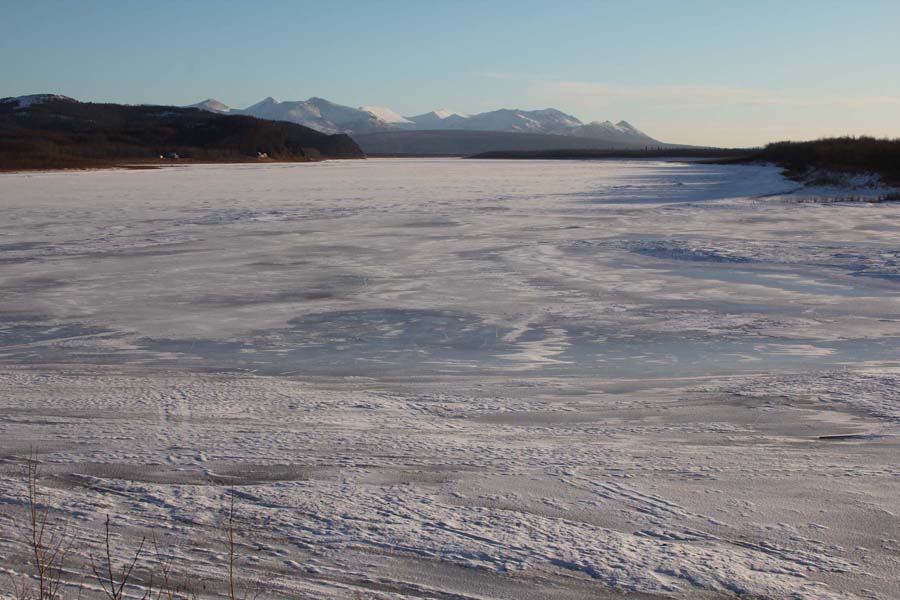 Conditions at Aniak on February 18. 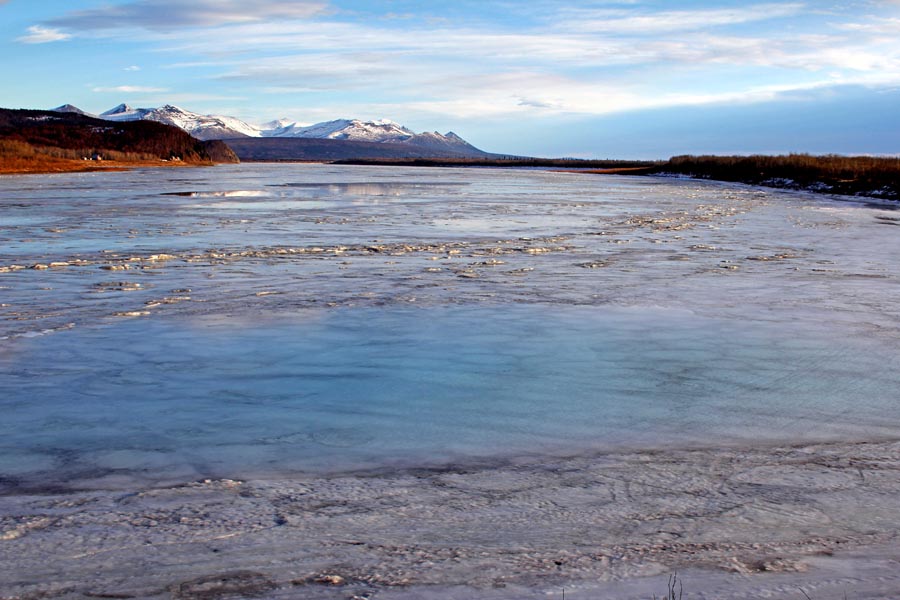 Photo taken January 18 during one of the four meltdowns so far this winter.