An earthquake measuring 3.88 occurred 6 miles west-north-west of Aniak in the early morning hours on March 6th.  The quake occurred at 4:51 am and several Aniak residents said they felt it.

You can see from the following photo that earthquakes are not common in this part of the state compared to central portion – but they do happen with some being substanitally stronger than the one today.  An earthquake approaching 7.0 occurred in 1903 and one measuring 6.1 occurred in 1990 – both west of Crooked Creek along either the Iditarod-Nixon or the Thompson Creek Faults.

A 5.8 quake occurred near Sleetmute in 1971 and one measuring 5.4 occurred in 1989 in the vicinity of the Tatlawiksuk River. 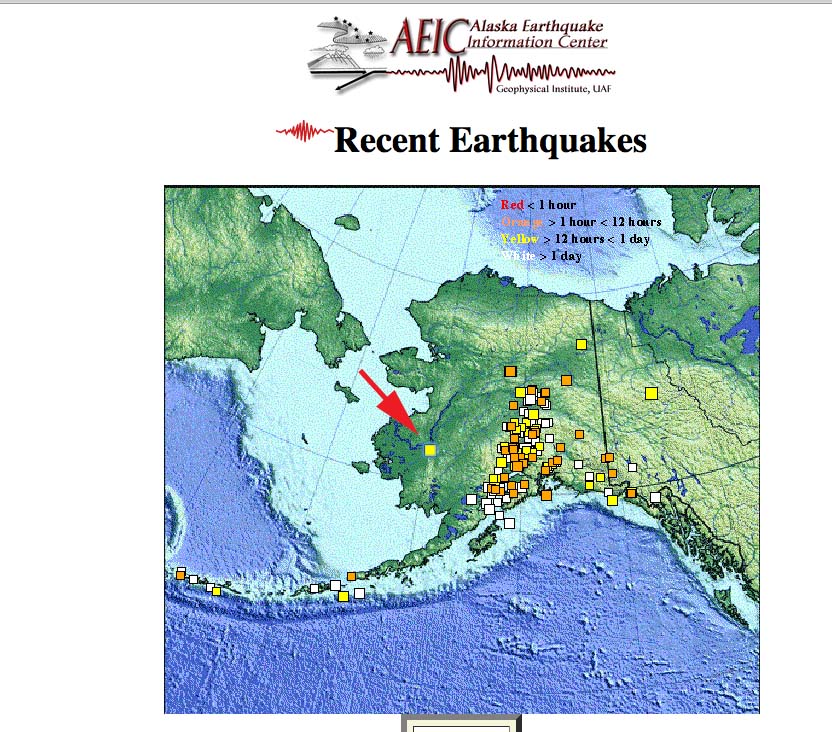 Location of the March 6th earthquake 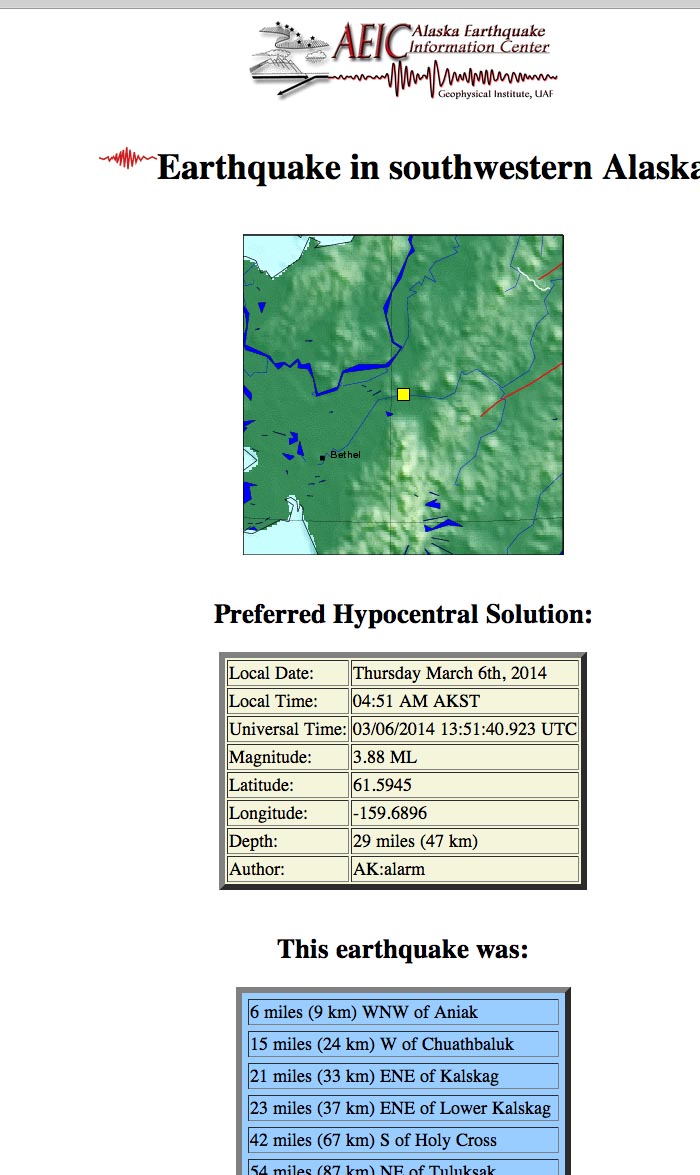 Specific information on the quake near Aniak. 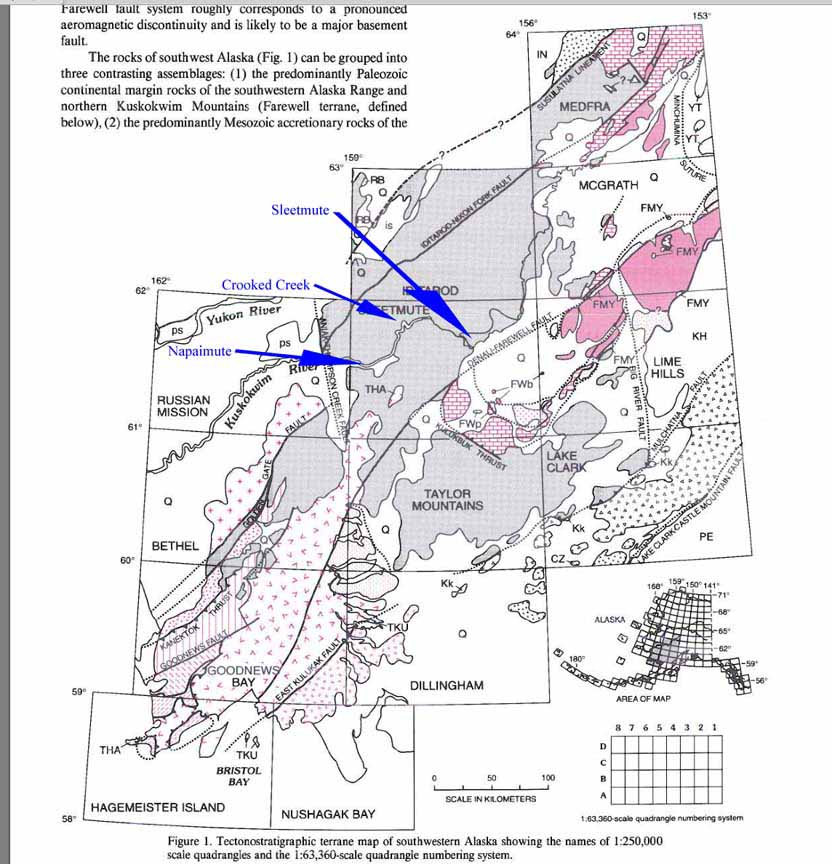 Map showing regional faults – for those not familiar with the area, Aniak is roughly 30 miles west of Napaimute.