The Board of Fish unanimously agreed that an emergency exists for king salmon on the Kuskokwim and unanimously voted to allow the use of dip nets as legal gear and will allow the Department of Fish & Game to restrict the length of gill nets to 25 fathoms (i.e., 150 feet) if need be.

Although not very efficient, dip nets were allowed for the commercial fishery last year on the Yukon River, where fishers harvested roughly 200,000 chums.  You have to find the right spot, and the learning curve for where to fish and how to fish the dip net could be rather high.  On the extreme poor end, one fisherman from Russian Mission spend 12 hours fishing and only wound up with two chums.

The best way to fish a dip net will be from a boat in relatively shallow water less than 10 feet deep, drifting downstream with the net tied off to the boat and braced up against an oar lock or other rigid hinge point.

Here are dip net specifications as stated in 5AAC 39.105 (24) –  a dip net is a bag-shaped net supported on all sides by a rigid frame; the maximum straight-line distance between any two points on the net frame, as measured through the net opening, may not exceed five feet; the depth of the bag must be at least one-half of the greatest straight-line distance, as measured through the net opening; no portion of the bag may be constructed of webbing that exceeds a stretched measurement of 4.5 inches; the frame must be attached to a single rigid handle and be operated by hand.

Most everyone will be looking for a good net source, and cheaper ones can likely be purchased at places like Costco, while sturdier custom nets can be bought from Ron’s Custom Nets in Chugiak (http://www.linkedin.com/pub/rons-custom-dip-nets/54/596/281) as well as a few other sources on the Kenai Peninsula (https://www.facebook.com/pages/Mikes-Welding/210581465650018).

It is possible that some local entrepreneurs in Bethel, Kalskag and other villages may be building nets locally so hopefully the cost will be substantially lower.

If locals do make nets, we’ll be sure to pass that information along.

The limit of 150-foot gill nets is intended to reduce the fishing power of the large subsistence fishery that currently exists in the Kuskokwim and should allow for more king salmon to reach the spawning grounds.  Just think about the many hundreds of 300-foot nets that are common in the lower river straining a high proportion of kings as they make their way upstream.

It’s often brrought up how the people of the region have fished the Kuskokwim since time immemorial, and that it’s unfair for Fish & Game or Fish & Wildlife to limit the amount of fish that can be harvested.  But the human population has grown substantially over the years…and continues to grow; some years it’s not unusual for 80,000 king salmon to be harvested in the subsistence fishery.

But nets of 300 feet have not always be used for that long – it’s only been since commercial fishing did residents use such long nets, and now they’re used in both the commercial and subsistence fisheries.  That’s the big reason, not to mention the bigger and better boats and motors, why the fishing power of the subsistence fishery has skyrocketed to where twenty or more kings might be caught in one drift!

Everyone desires to want just a taste of fresh kings at the beginning of the season, but given that there are over 2,000 fishing households throughout the drainage – the vast majority of which are located between Eek and Tuluksak – and the possibility that there may only be 10,000 or fewer kings above the minimum escapement goal of 65,000, it wouldn’t take long for the longer nets to get way more than just a taste…maybe just one short drift.

In order to equitably divvy up the likely limited number of king salmon this coming summer and attaint the desired spawning escapement, drastic restrictions will like be necessary.  Hopefully the allowance of dip nets will allow people to at least capture some reds and chums while ptotecting the kings for future generations. 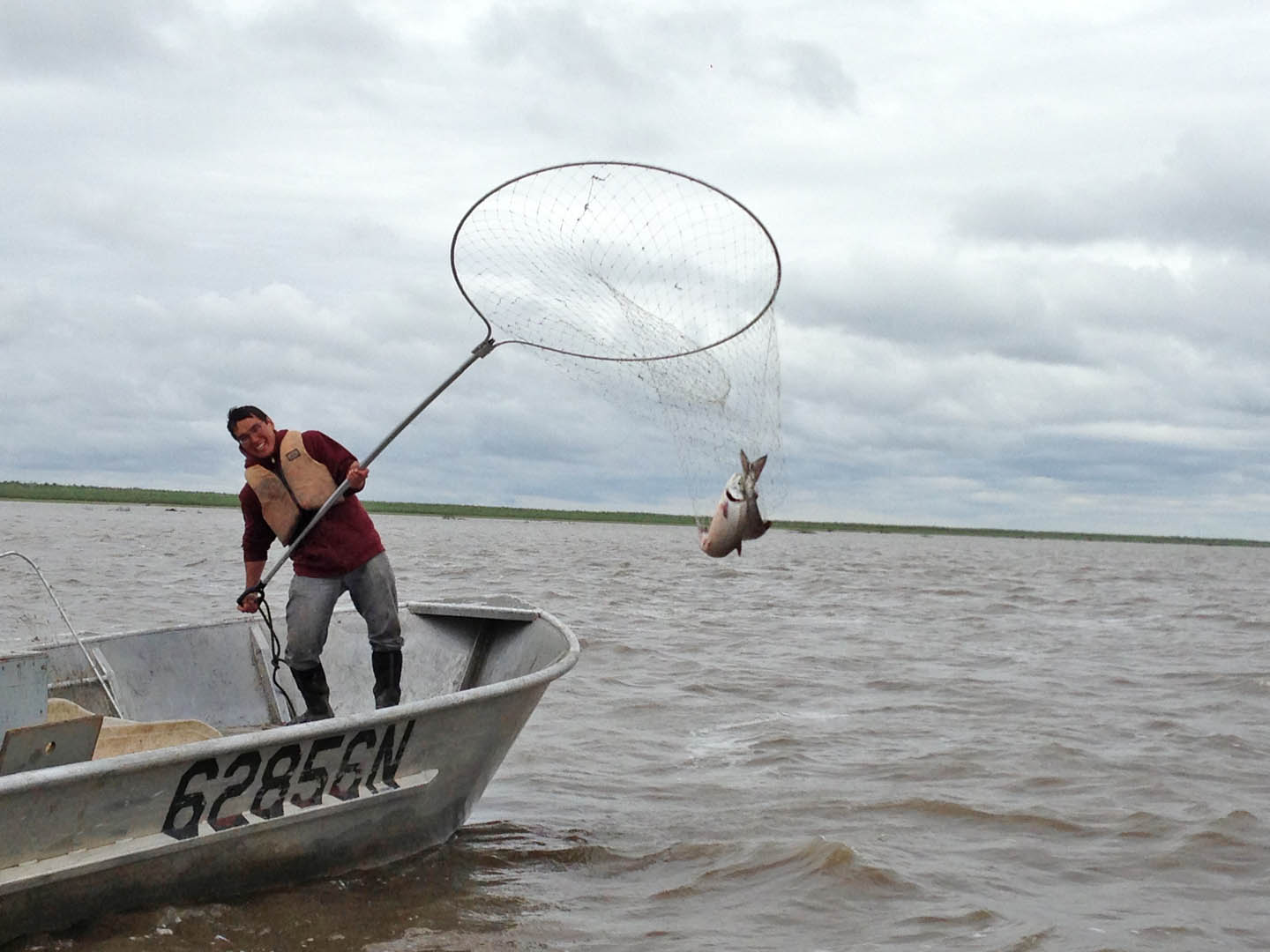