Since 2010 the Kuskokwim River has experienced the two lowest returns of king salmon on record – 2013 being the lowest ever.  Neither 2010 nor 2013 surpassed the lower bound of the desired drainagewide escapement goal of 65,000.  The 2014 return is expected to be similar to last year.

Because of the drastic decline of the king salmon, the Kuskokwim Salmon Management Working Group realizes that king salmon conservation measures are necessary to provide king salmon for future generations.

In an attempt to get adequate kings to the spawning grounds in 2014, the Kuskokwim Salmon Management Working Group supports the following measures:

This is why the Working Group members all agree that conservation measures are necessary to bring back the king salmon to normal levels…but it will take sacrifices by all. 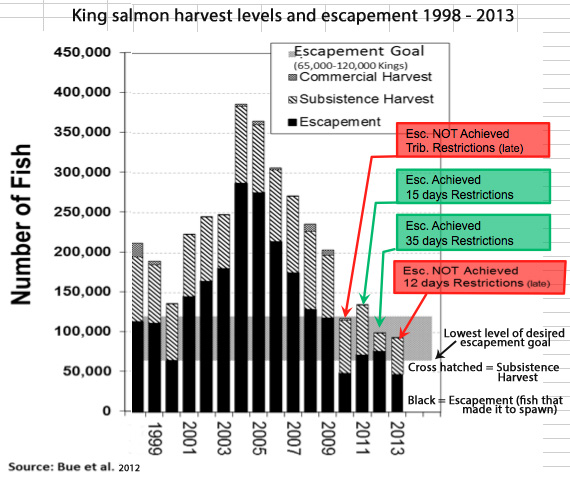 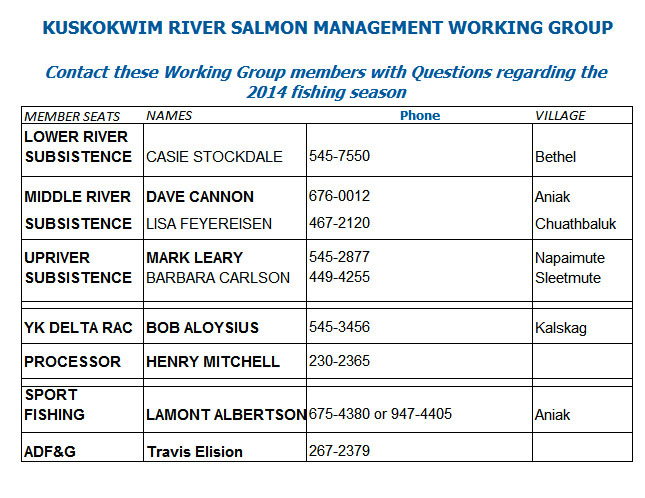