Another interesting and telling article, this time from NPR.  I hate to admit this being a fish biologist, but fisheries managers worldwide have had a pretty dismal record of sustaining a high proportion of fisheries in their natural state.

I’m not putting the total blame on the biologists necessarily, because there are a lot of political pressures to keep fisheries open when in fact harvest should be curtailed.  Fish are out of sight…therefore more often than not out of mind for many people.  For that reason it’s very easy to not believe the data; it’s also not easy to collect accurate data in a vast ocean or large river or lake or assess run strenght or timing in a timely manner.  It’s also not easy managing fish that congregate in mixed stocks where putting a moratorium on one species precludes the harvest of other more abundant species; that is the fisheries biologist’s/manager’s conundrum.

Here’s an example – it’s what one fisherman said about the North Atlantic groundfish collapse that still hasn’t recovered after 35 years, “I’m not happy that we’ve been doing this since 1976 and we are in no better shape than we were. We’re worse, actually.  People are not happy with the cuts, … but if we take the cuts and three years from now we have more fish in the water, then we did the right thing.”

The question one must ask are there any similarities going on in the Yukon or Kuskokwim Rivers that have occurred in so many other places around the world?

Daniel Pauly, a professor at the University of British Columbia, has a way of describing these acts of creeping amnesia. He calls the condition “shifting baseline syndrome,” and while he was talking about marine biologists’ failure to see drastic changes in fish sizes over time, it’s a bigger, deeper idea. When you’re young, you look at the world and think what you see has been that way for a long time. When you’re 5, everything feels “normal.” When things change in your lifetime, you may regret what has changed, but for your children, born 30 years later into a more diminished world, what they see at 5 becomes their new “normal,” and so, over time, “normal” is constantly being redefined to mean “less.” And people who don’t believe that the past was so different from the present might have what could be called “change blindness blindness.”

Because these changes happen slowly, over a human lifetime, they never startle. They just tiptoe silently along, helping us all adjust to a smaller, shrunken world. 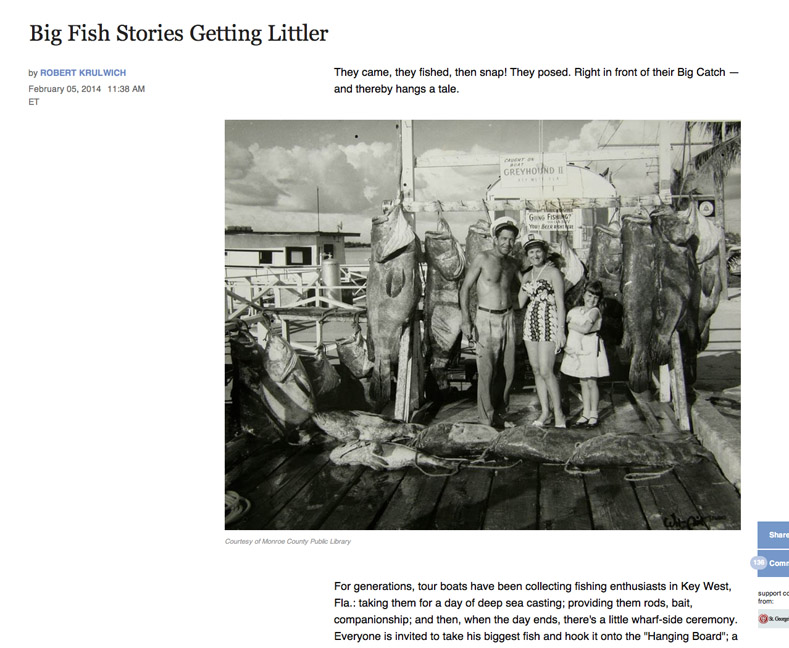