Alaska Fish Radio reports that the commercial salmon catch for 2014 will likely be half as much as 2013.  Many people might not know this, but pink salmon comprise the largest portion of commercially caught salmon in the state – king salmon the smallest.  Pink salmon numbers are expected to be down substantially, with chums, coho and kings dropping – but not as drastically – while sockeye salmon are expected to increase by about 14%.

These projections are for all of Alaska, and it should be noted that king salmon are not targeted in the Kuskokwim commercial fishery – a relatively small number are caught incidentally during the chum and coho commercial fisheries, however.  The article notes that there hasn’t been a commercially targeted king salmon fishery in the Yukon River for six years.

It should be noted that king salmon numbers are down throughout most of the state, not just the Yukon and Kuskokwim drainages.

AK Fish Radio’s report can be found at:  http://www.alaskafishradio.com/ak-salmon-catch-projection-for-2014-down-47/

For the full ADF&G report that the AK Fish Radio article was based on go to: http://www.adfg.alaska.gov/FedAidPDFs/SP14-10.pdf 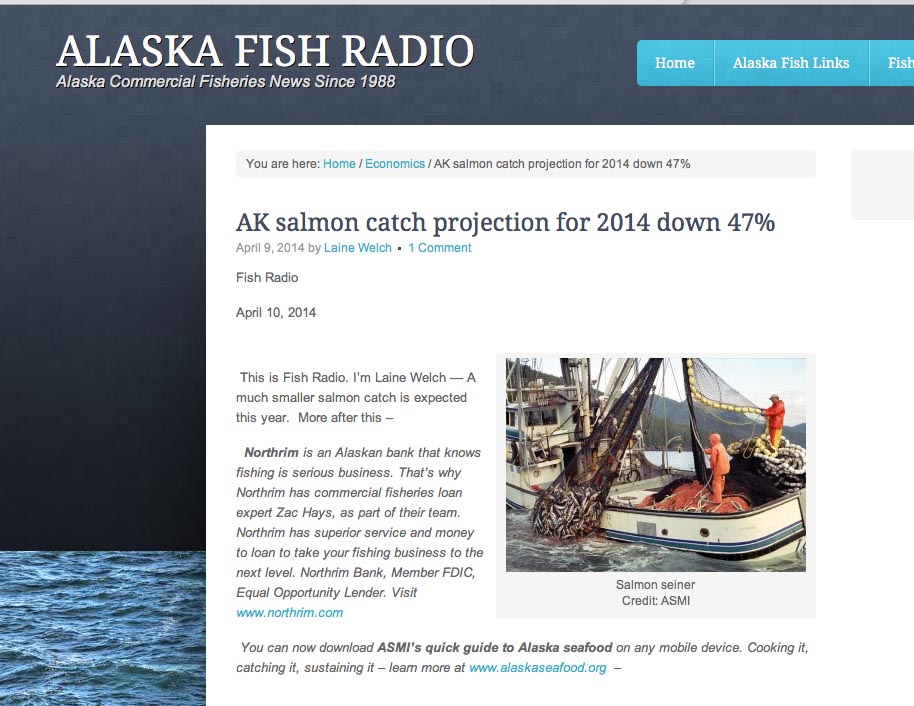