The river in most places throughout the middle Kuskokwim is passing ice chunks – mostly small pieces compared to typical years.  The warm weather coupled with a lack of snow melt because of a lack of snow in the mountains has caused the ice to mostly melt in place.

Needle ice was common as the breakup began, and much of the ice has been pulverized into smaller pieces, with the normally thick chunks and pans being only about three foot thick. 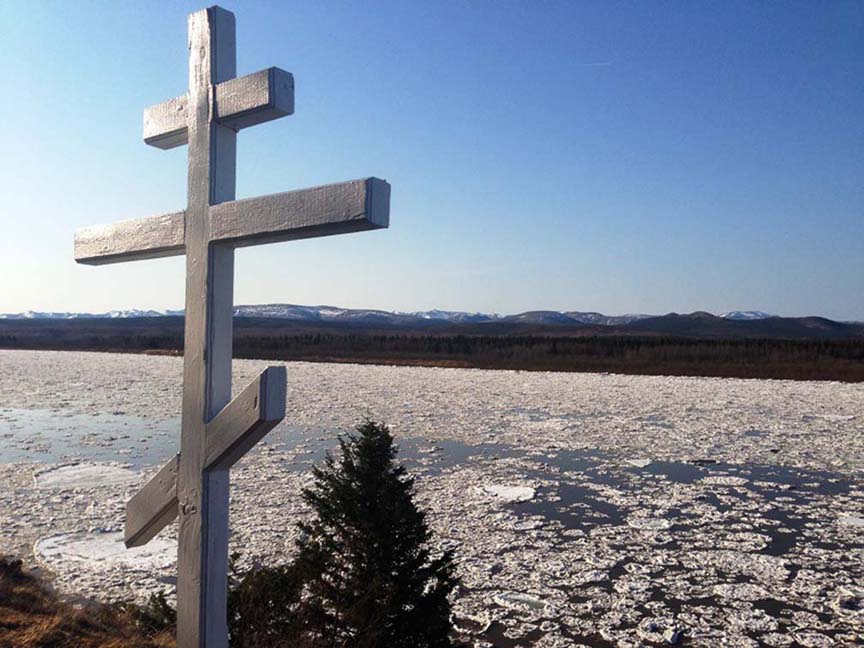 From the Chapel at Napaimute looking off to the south. 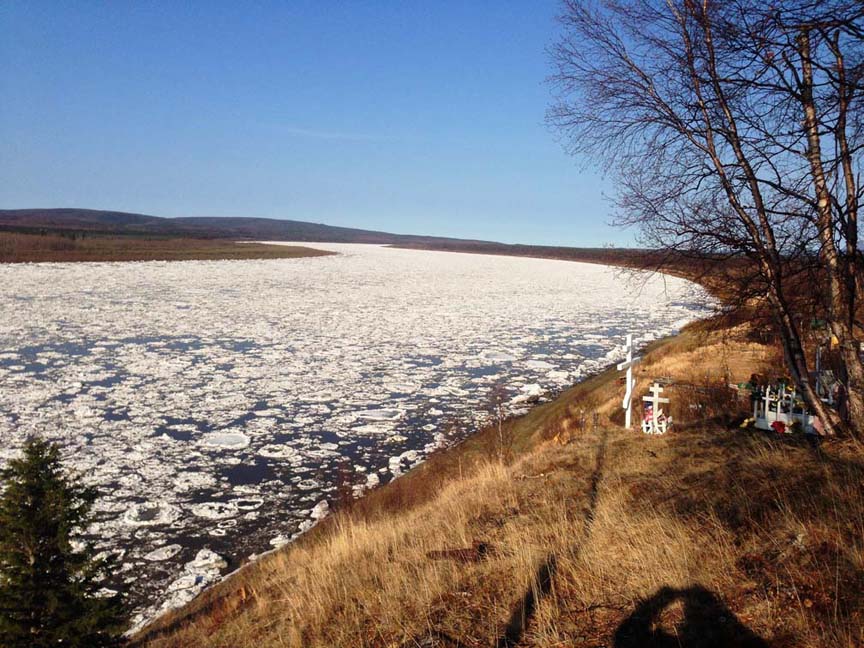 Looking downstream from the Chapel at Napaimute. 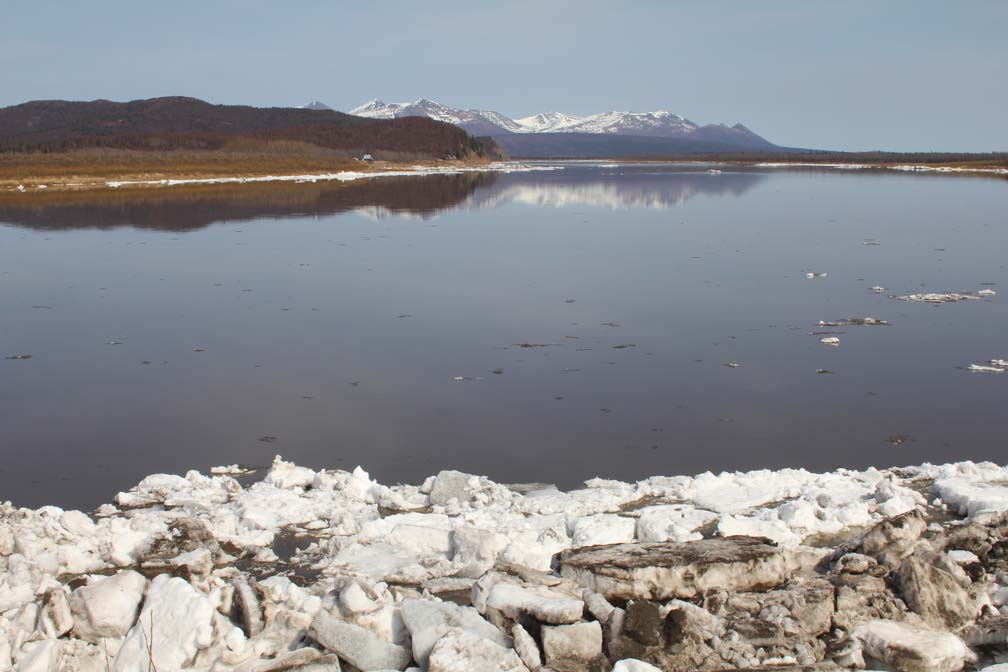 The Kuskokwim at Aniak on May 1 – and not a lick of wind. Some ice had moved through but more solid ice from upriver had not let loose yet. 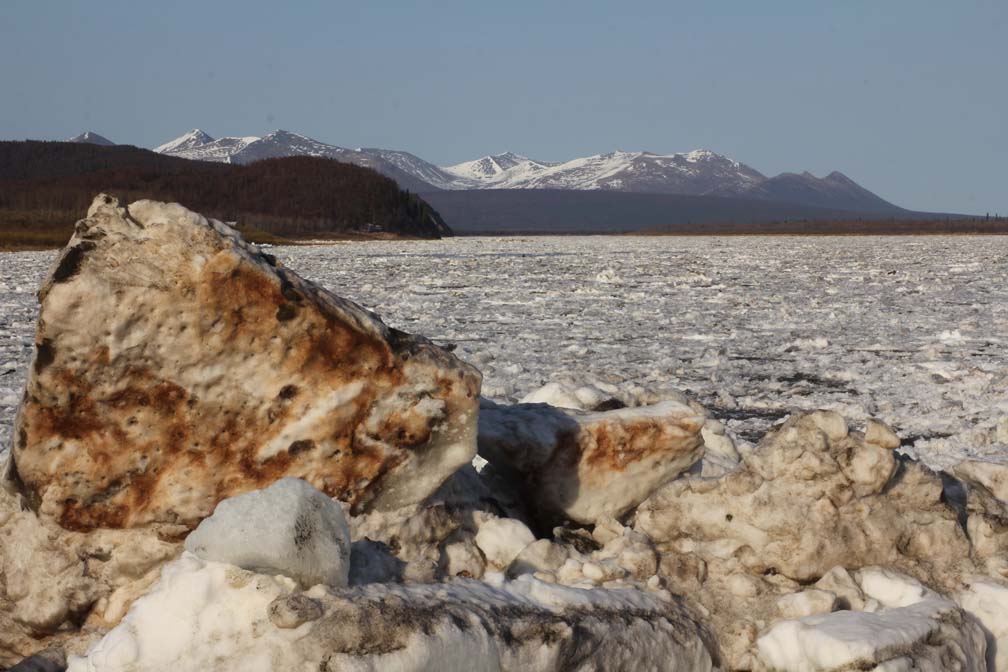 By evening of May 1, the ice from Red Devil and surrounding area was passing through Aniak. 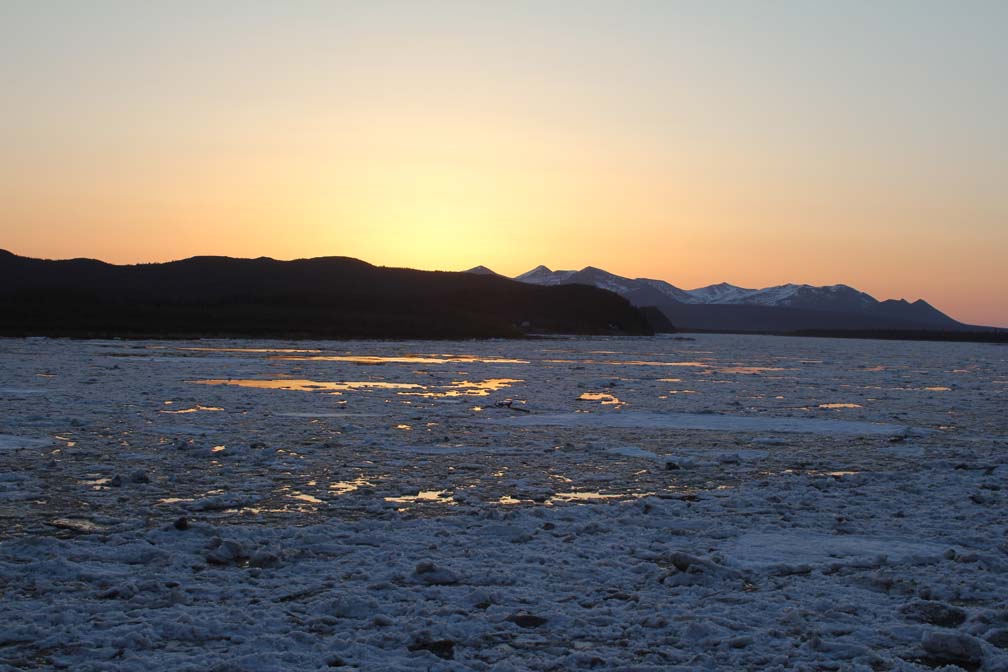 The morning sunrise of May 2nd. Ice still steadily flowing past Aniak. 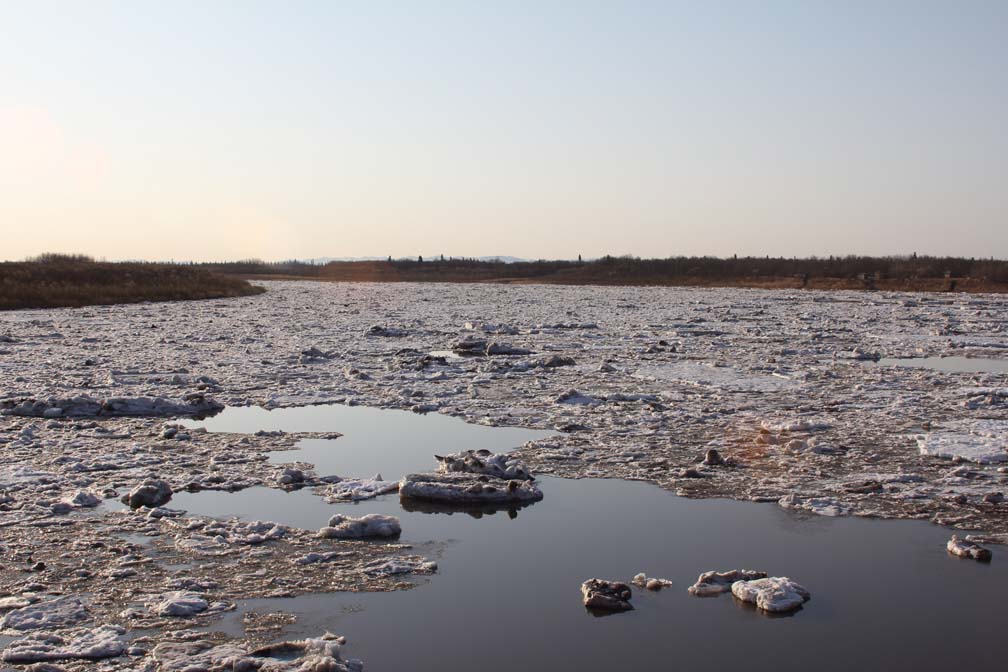 Looking up at the slough which was passing ice, but only 80% of the channel was ice with the rest open patches of water (The majority of ice in the photo was just setting in place).  The water level was inching up slowly.

If the water doesn’t signifcantly rise in the coming week, much of the chunks will be stranded along the shoreline and shallow sections like the point at FAA Landing.