This is an announcement from the U.S. Fish & Wildlife Service for subsistence fishermen in the Kuskokwim Area.

A Special Action was issued at the Yukon Delta National Wildlife Refuge today. These are restrictions to the Chinook fishery that will begin on Tuesday, May 27th. Special Action 3KS-03-14 extends the previously announced closure of the Chinook salmon Federal subsistence fishery in the Kuskokwim River drainage (Special Action 3KS-02-14) from Tuluksak to the Yukon Delta National Wildlife Refuge border at Aniak.  Special Action 3KS-03-14 limits gillnets that may be used to set gillnets less than 4” stretch mesh and less than 60’ in length and 45 meshs deep. As always, all net buoys should be marked with a first initial, last name, and address.  Special Action 3KS-03-14 also limits hook and line gear to equipment that does not target Chinook salmon. For instance, using 4 pound test line on a rod designed for 15 pounds while using small spinners is gear designed for grayling, Dolly Varden, rainbow trout, etc. Compare this to using a rod designed for 40 pounds, using 30 pound test line, and large hooks, which could be construed as targeting Chinook salmon. Chinook salmon incidentally harvested in the set gillnet fishery may be kept; however, Chinook salmon incidentally harvested using all other gear types, including fish wheels, must be immediately released.

Since 2010, the Kuskokwim River has experienced poor Chinook returns and 2013 was the lowest return on record. The 2014 Chinook forecast is for a return of 94,000 fish (range of 71,000–117,000). The drainage-wide escapement goal is 65,000–120,000 Chinook salmon. If the 2014 return is within the forecast then there would be enough fish to meet escapement goals and provide for very limited Chinook subsistence harvest. The majority of escapement goals were not met in 2013 and all weir assessment projects had the lowest on record. Given consecutive years of low Chinook returns and non-achievement of escapement goals significant conservation measures are warranted.

Effective 12:01 a.m., Tuesday, May 27, 2014 subsistence Chinook (king) salmon fishing with hook and line gear is closed and subsistence fishing is restricted to the use of set gillnets with 4-inch or less mesh size not exceeding 60-feet in length in salmon conservation Section 3.  Additionally, a fish wheel used to take fish must be equipped with a livebox that contains no less than 45 cubic feet of water volume while in operation. The livebox must be checked at least once every six hours while in operation and all king salmon must be returned to the water alive.

This area is defined as that portion of the Kuskokwim River and its tributaries upstream from a line between ADF&G regulatory markers located approximately half a mile upstream of the Tuluksak River mouth to the refuge boundary located along a north-south line intersecting the western tip of “Rabbit Island” directly east and across Aniak Slough from the village of Aniak. This section does NOT include the slough (locally known as Utak Slough) on the northwest side of the Kuskokwim River adjacent to the Tuluksak River mouth. Excluded waters are non-salmon spawning tributaries: the Whitefish Lake drainage near Aniak and those portions of Discovery, Birch, and Swift creeks more than 100 yards upstream from the mouth of these rivers, are open with any mesh size gillnet and are not affected by these closures. 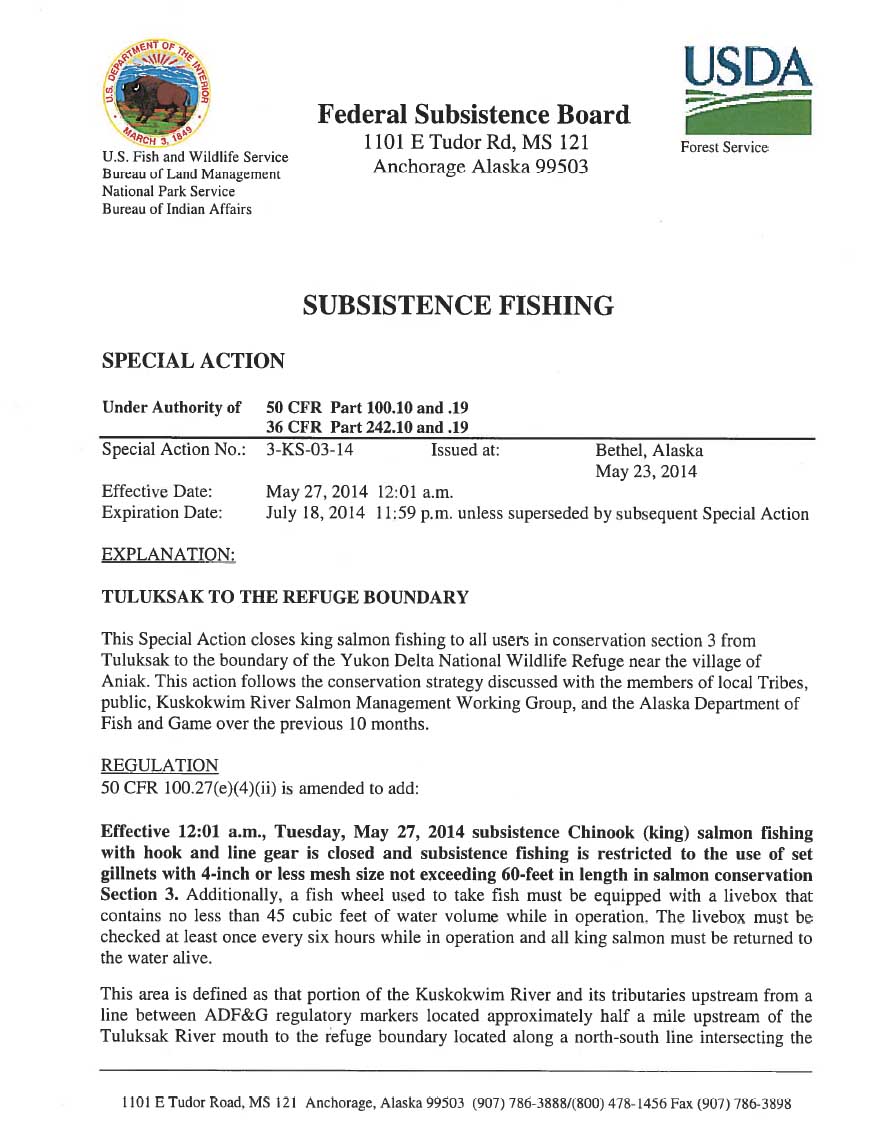 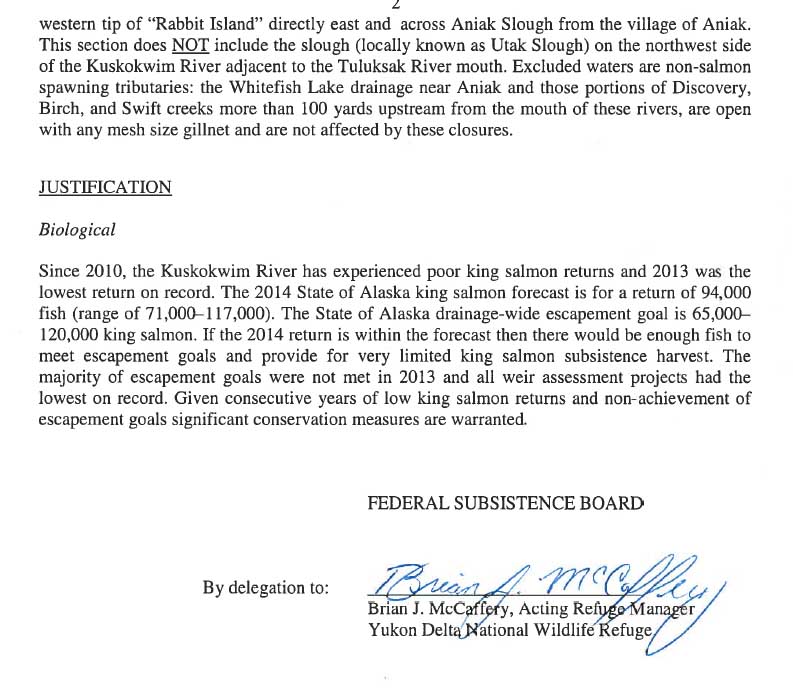 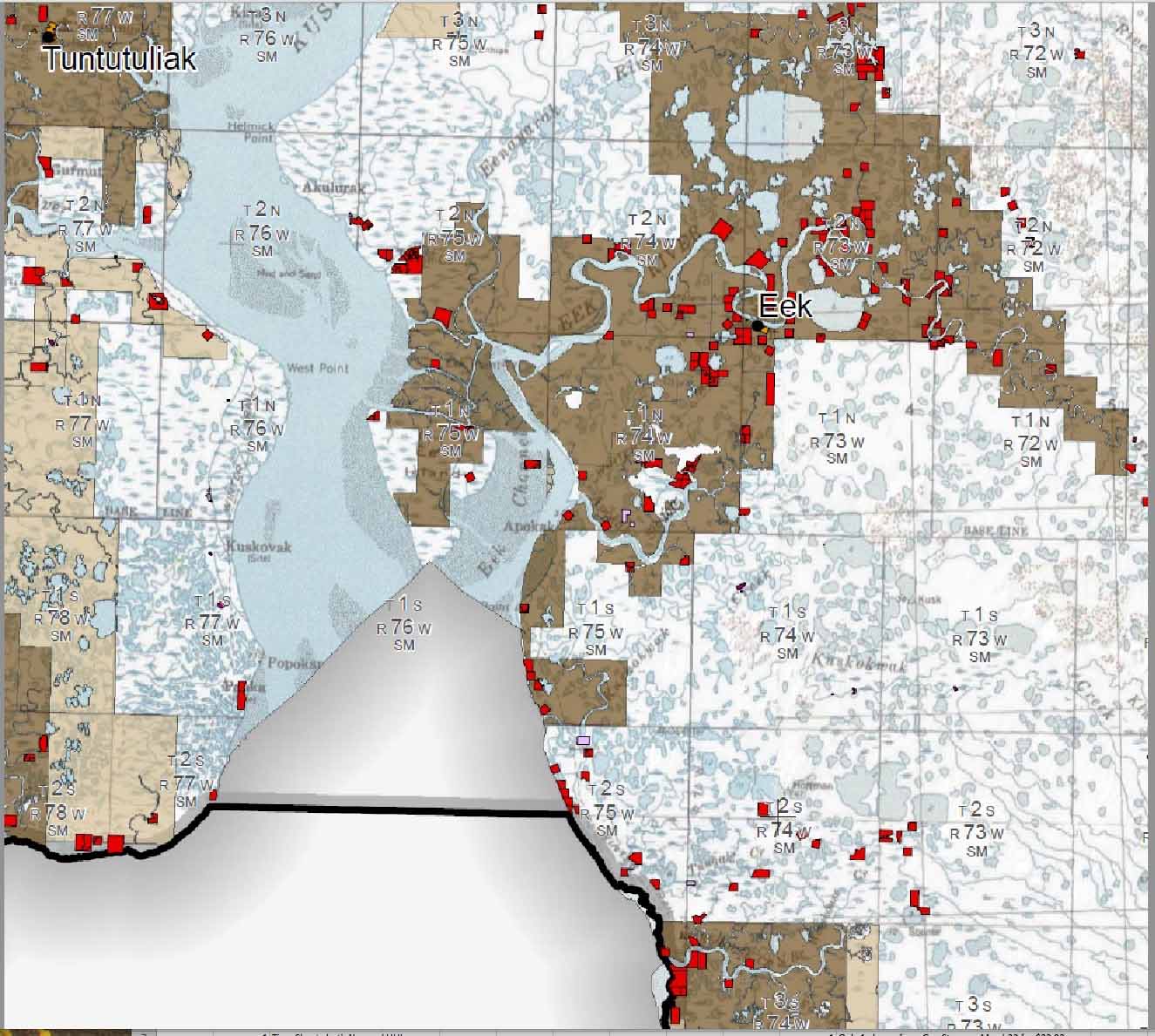 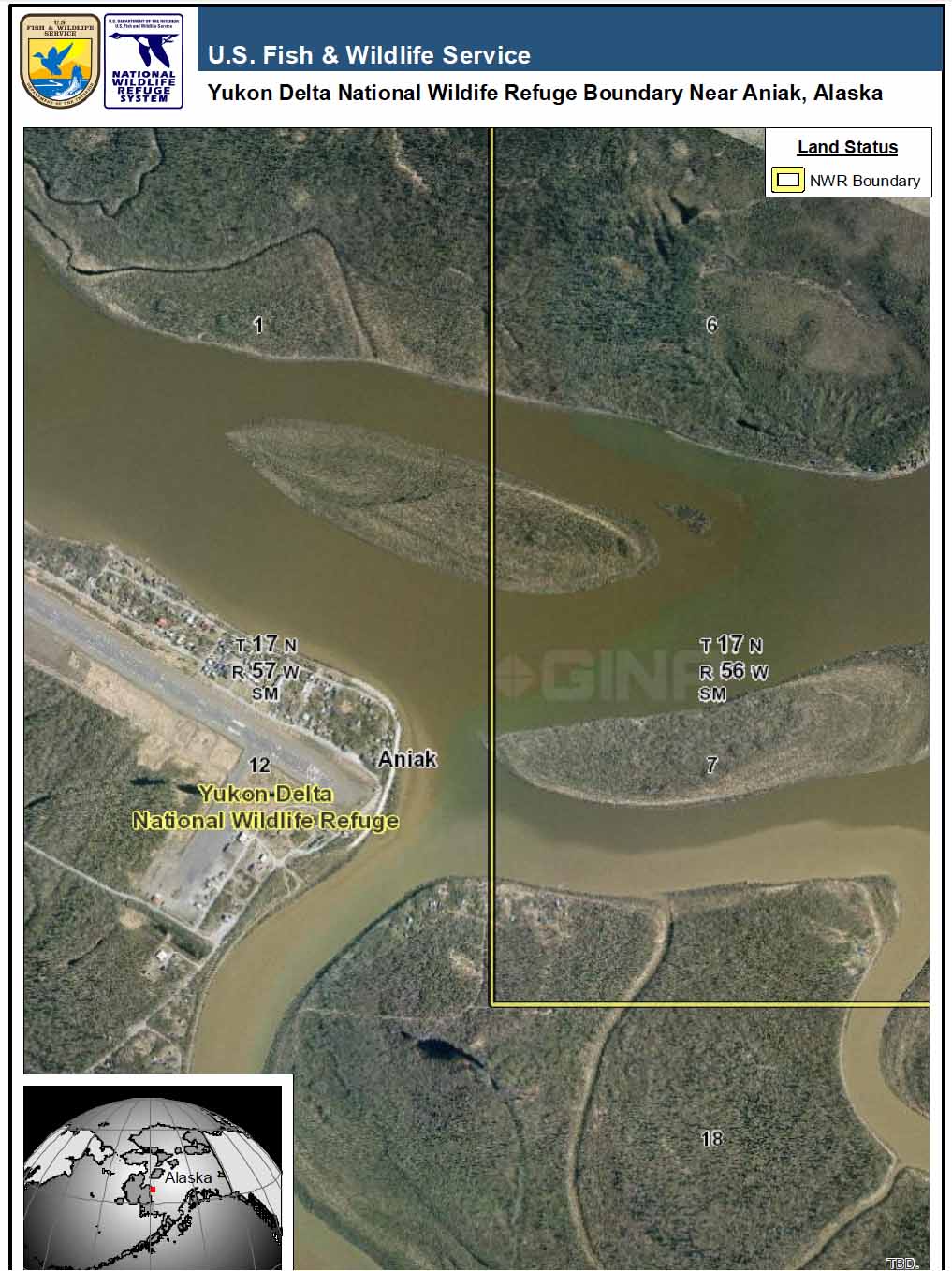