Napaimute’s environmental department assisted Owl Ridge Natural Resource Consultants on a study to document where the smelt spawned this past season as part of the Environmental Impact Statement Process for the Donlin Gold project.

The various agencies participating in the EIS process identified numerous data gaps that needed to be filled in order to assess potential impacts from any of the associated aspects of the project.  Because some of the data gaps were identified only recently, the schedule for the release of the draft EIS has been pushed back until later this year.

Some of the data gaps identified had to do with aquatic resources, namely several of the fishes that are present within the transportation corridor where increased barge activity will occur…and smelt being just one.  Everyone knows that the smelt ascend the river shortly after ice out, and most people know that they spawn somewhere upstream of Tuluksak, generally in the vicinity Kalskag.  Some years they never make it to Kalskag, and some years they go beyond (one local resident claims that on some years they have gone as far as Chuathbaluk!).

I’ve heard folks say that they have dipped for them in the Kuskokwim at the west end of the Aniak runway, so their spawning location does vary from year to year.  What we wanted to do was pin down as close as possible the extent of their migration for this year.

If the Donlin project proceeds, and depending on what alternative was selected, there could be potential impacts to aquatic resources like smelt.  For instance, one alternative being considered in the EIS is to have the upriver port facility at Birch Tree Crossing rather than up at Junjuk Creek.  Since it appears that in some years the smelt could spawn in the Birch Tree area, the potential impacts to the various life stages must be analyzed.

Other concerns to be considered include where in the river channel the smelt actually spawn and what type of habitat they select (i.e., water depth, water velocity and substrate preference).  This would have implications on how tug prop wash or wave action might affect developing eggs or the juveniles once they hatch.

Various studies of smelt have determined that a female can have anywhere from 7,000 eggs up to 40,000 or more; the most eggs found in a female in a study in the Togiak River was around 19,000.  The eggs are very sticky, and upon fertilization they settle on the river bottom clinging to coarse sand particles and gravel. Generally it takes anywhere from two weeks to a month for the eggs to develop, but that is highly dependent on water temperature.  When the juveniles emerge they are nearly invisible to the human eye because they are transparent and only 4 to 6 millimeters long (not even 1/4 of an inch), then they quickly absorb their yolk sack and float downstream in the current, generally near the surface, where they will rear for some time in and around Kuskokwim Bay before being carried offshore by estuarian currents.

A study conducted in the Togiak River showed that the adults ranged in ages from two to eight years old (in a study in the Beaufort Sea the ages ranged from three to fifteen years).  Both the adult and juvenile smelt are important prey items for may fishes and birds.  For example, pike and sheefish eat the smelt as they migrate up and down the Kuskokwim, while many fishes probably eat the juveniles as they head downstream.  Gulls gorge themselves on the adults as they progress upstream, and their presence indicates where the smelt are congregating; terns are also often seen where the smelt are congregating.

Our study began by tracking the smelts’ migration up the Kuskokwim, coordinating with people in Tuntutuliak, Napakiak, Bethel, Akiak and Tuluksak; once we heard they were in Napakiak, it only took one day on average this year for them to go from village to village (in some years it seems to take a little longer).

To our knowledge, a study of this kind on smelt in such a large river system has never been conducted.  We were fortunate, the low water year helped us in observing the fish – we were even able to spot them along the shoreline from a helicopter.

The furthest upstream we documented the smelt movement was about four miles upstream of Kalskag.  The low water conditions also helped with documenting the habitat they actually spawned in, which involved collecting eggs from the substrate.  It appears that the spawning occurred at various locations across the entire main channel of the Kuskokwim, most often in water four to nine feet deep.

Here are photos that were taken during the study: 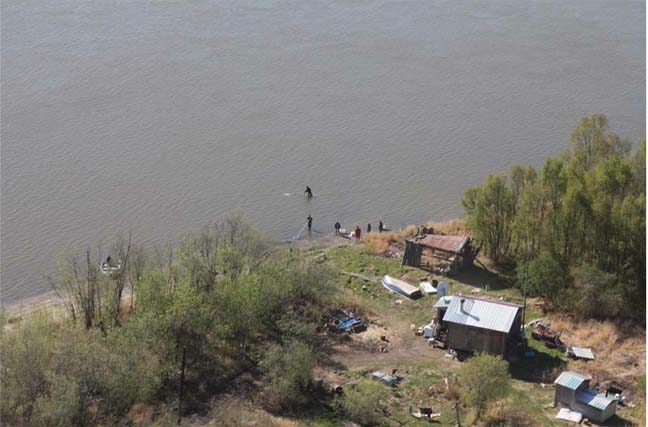 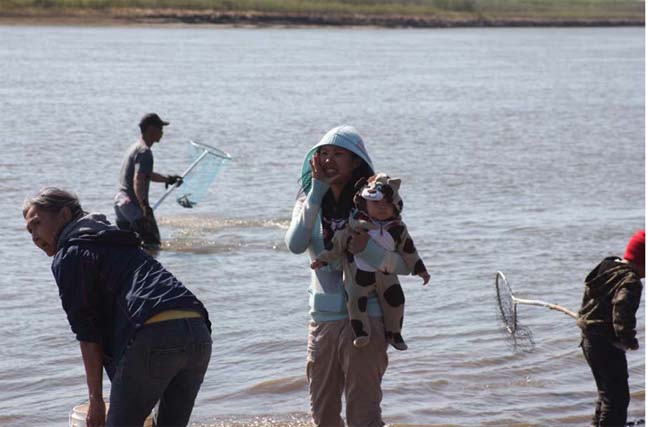 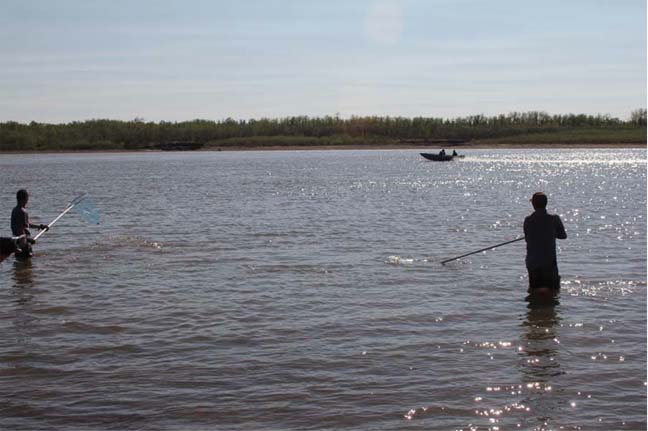 Fishermen plying the water on a gorgeous day in Kalskag. 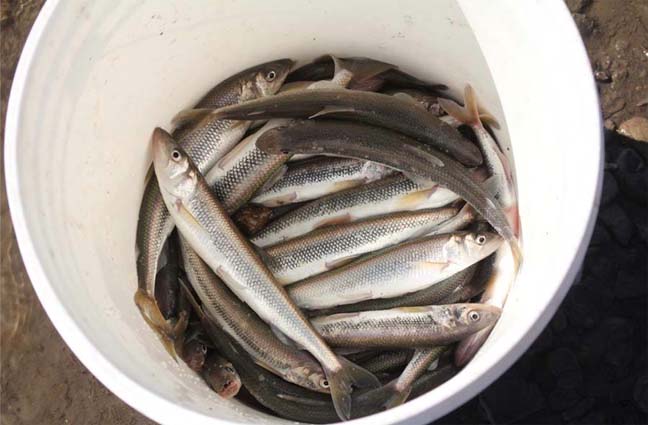 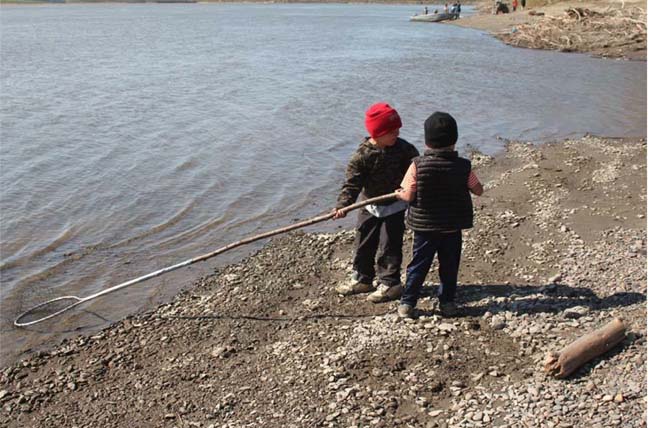 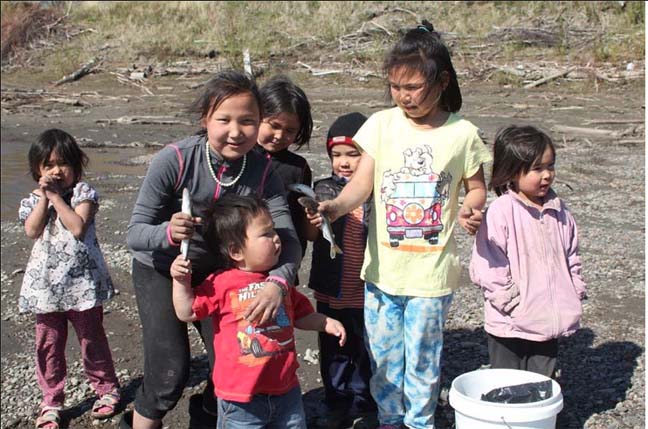 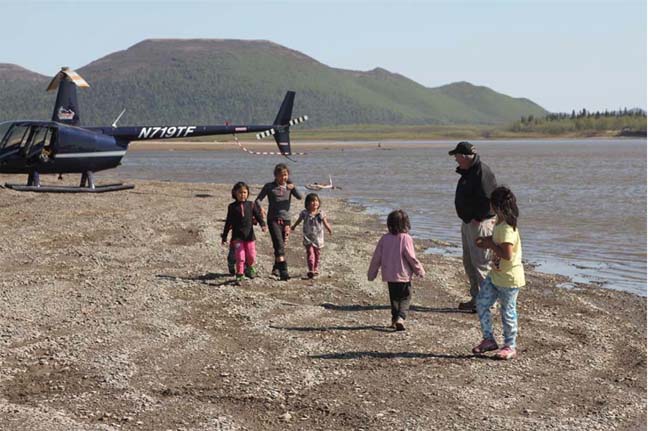 Larry Quick, the helicopter pilot, enjoying his time with the kids of Kalskag. 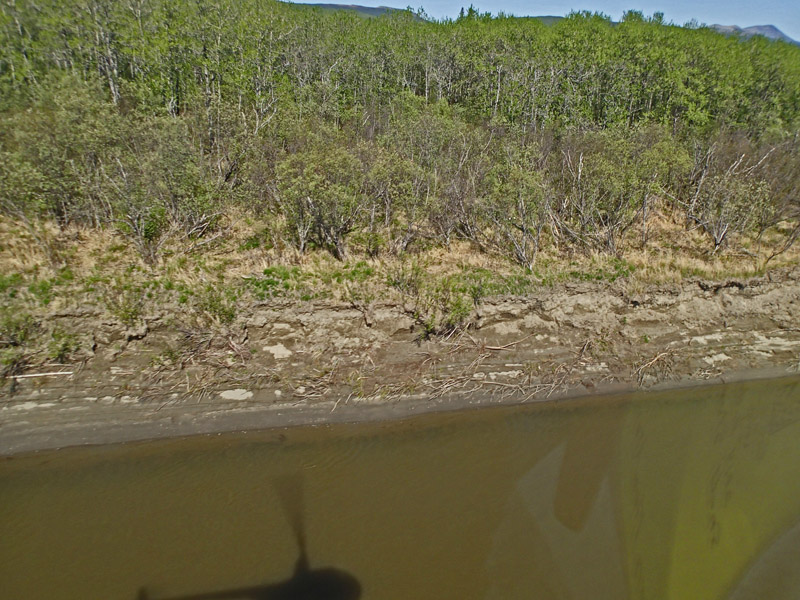 A band of smelt along the shoreline as seen from the helicopter (the water was unusually low and clear for this time of year). 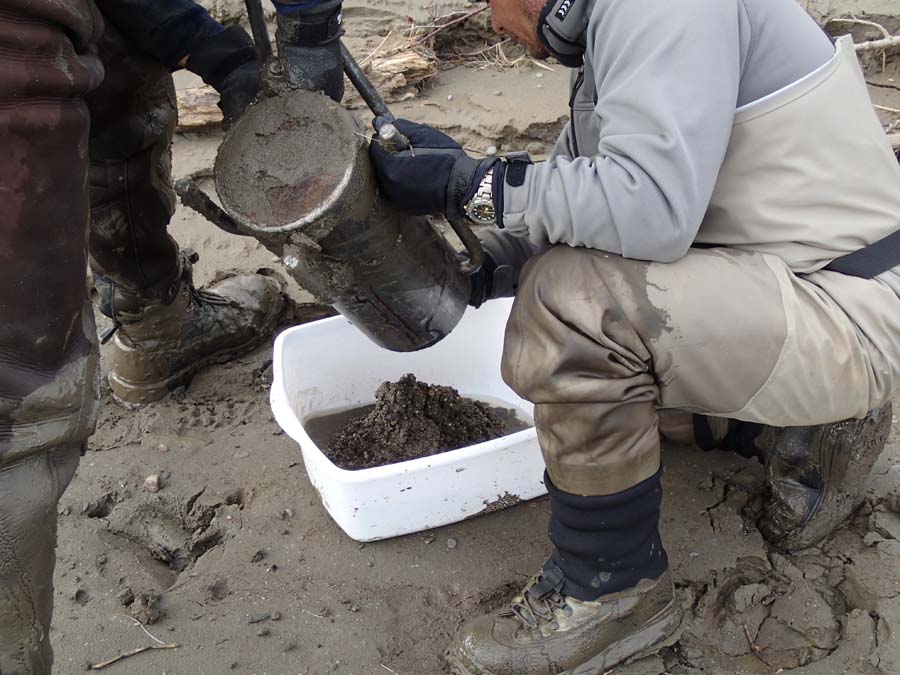 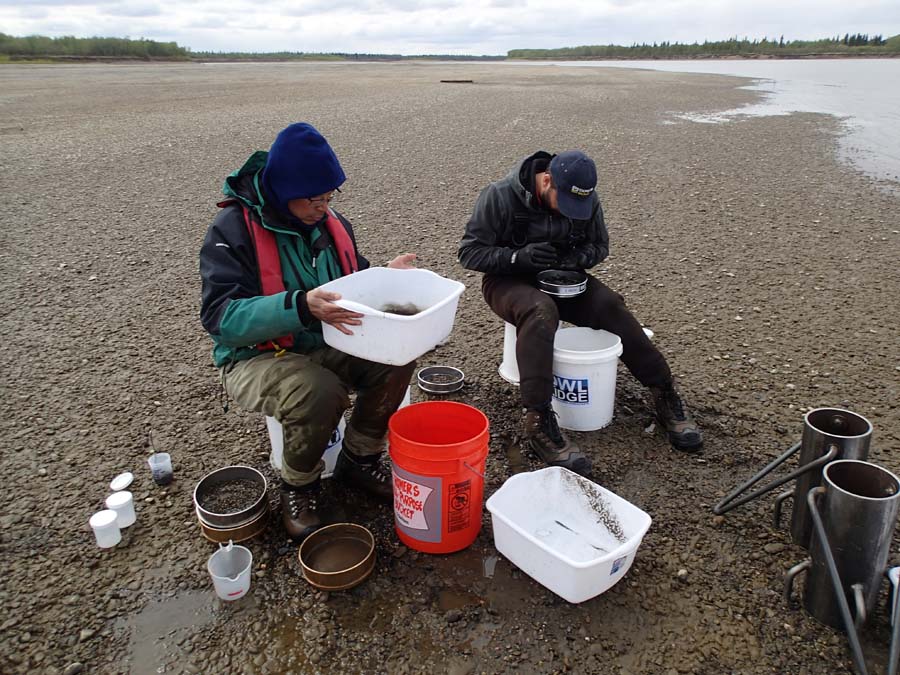 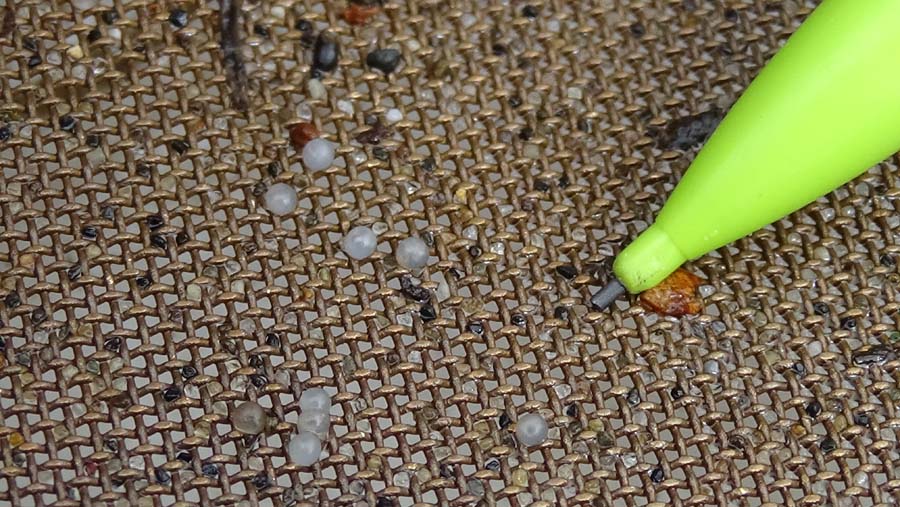 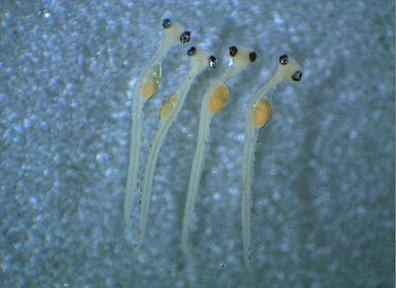 What the larvae look like after emerging from the egg (note the yolk sack that will soon be absorbed). (Photo Oregon Department of Fish & Wildlife)