An 8-hour fishing period was allowed today from the Johnson River up to Chuathbaluk; this opening allowed the use of 6″ or smaller mesh sized gear with the intent that fishermen target chum and sockeye salmon.  Up until today only 4″ mesh or smaller has been allowed; the purpose for the restrictions have been for the conservation of the king salmon which have returned in very low numbers the past few years.

Last year the Kuskokwim experienced the lowest return on record with only about 47,000 kings reaching the spawning grounds; much lower than the 65,000 minimum escapement goal set by the Department of Fish & Game.

Fishermen in Aniak reported that the fishing today was not exactly fast and furious, with at least up to seven boats fishing the normal drifts near town during the course of the opening.

One group of successful fishermen caught 5 kings, 21 chums and 1 red in three hours of fishing (several drifts produced nothing).  Another fisherman caught 6 chums on the first drift at 10:00 am but had to quit due to motor problems.

Last night, several friends and myself tried our hand at dip netting but came up empty after an hour’s try; considering the report from today, the chums and reds likely weren’t around in great numbers either.

There were some people that had more success than others.  One fisherman from Chuathbaluk caught over 100 chum and several kings and reds during the opening.  Another person caught 30 chums, 3 reds and 1 king several miles downstream of Aniak. 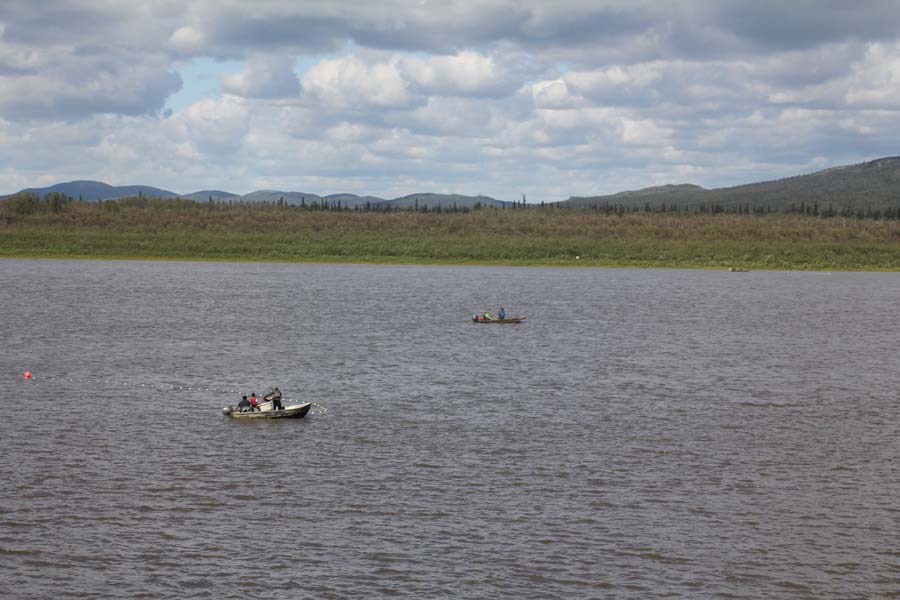 Getting ready to pull the net. 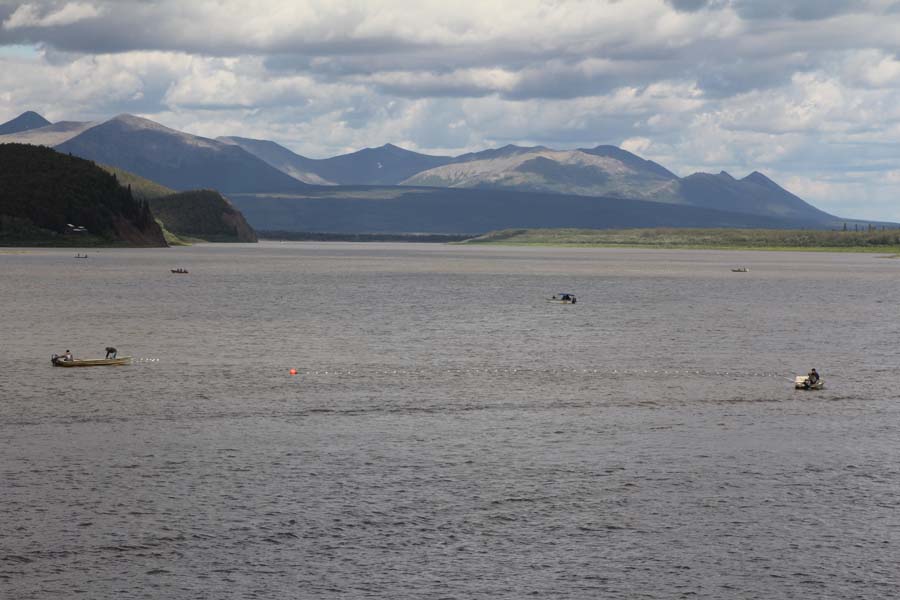 Six of the seven boat close to the ending time vying for the few fish that were caught today during the 8-hour opening.