In a surprise announcement at the Kuskokwim Salmon Management Working Group meeting on Friday May 1st, the Federal Fisheries In-Season Manager for the Kuskokwim River, Neil LaLonde notified the group that the USFWS would be issuing a Federal Special Action to limit the Chinook fishery in federal waters on the Kuskokwim River to Federally Qualified Users i.e., residents of the Kuskokwim Region.

The action came as a surprise given that just a few weeks earlier the Federal Subsistence Board reviewed five special action requests from Kuskokwim Villages calling for Federal management,  but the Board deferred to take action on any of the request, stating in the April 17th news release: “For the Kuskokwim River, the Board unanimously voted (7-0) to defer action on all the Kuskokwim River special action requests (FSA15-02/03/05/07/08) until such time, during the season, the Chair determines it to be necessary for Federal involvement. The Board stated that the Federal in-season manager already has the delegated authority to address many of the proponents’ concerns, and there is a need for cooperative management with the State. If issues arise during the season that necessitate the actions requested by the proponents, such as limiting the pool of Federally qualified subsistence users or to implement an allocation strategy for Chinook Salmon, the Chair will call a meeting for subsequent action.” 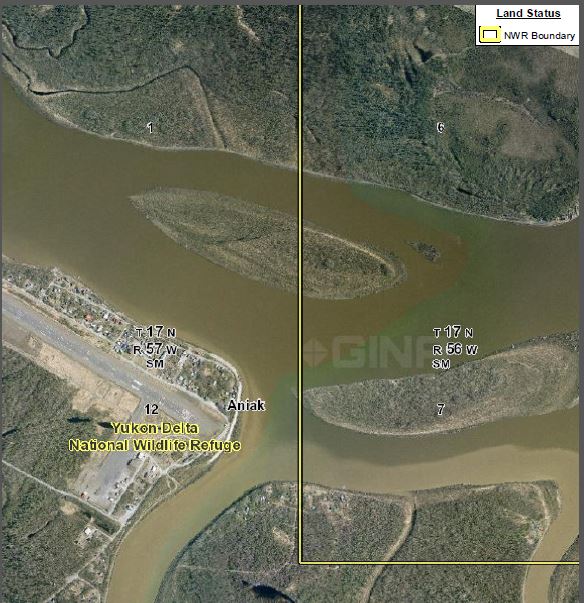 Upper Boundary of Federal Waters on the Kuskokwim River

This year’s projection for the King Salmon return is again expected to be poor, well below the historical average and conservation measures will undoubtedly again be required to meet escapement objectives.  What those actions (restriction) will specifically be is still being discussed between ADF&G, USFWS Staff and Working Group Members.

When asked about a harvestable surplus (the number of fish available for harvest beyond meeting escapement) of kings Mr., LaLonde responded “We expect little to no harvestable surplus”.  Suggesting that 2015 is shaping up to be a repeat of last summer when very limited opportunity for Chinook harvest was provided, and the focus was on providing opportunity for other species.