Our trail crew completed the marking of the 20 mile stretch of ice road between Chuathbaluk and Napaimute on February 1st.

Point-of-Beginning is at the spruce tree marker at Jim Smith’s place above Chuathbaluk.

Markers are willows with WHITE reflectors spaced 1/10 of a mile apart.

Point-of-End is the dump road landing at the lower end of Napaimute. Stay on the beach road from this point upstream until we get some colder weather.

No large vehicle traffic (trucks) is recommended on the River above the dump road landing due to open water and uncertain conditions from the earlier blow out of the channel in front of the original village.

Thank you to those that made contributions to this work: Harry Faulkner/Top Fuel, Megan Leary, Brandon Leary, Buddy Herron, Randy Turner, and Ron Hoffman.

We hope that other users of the road will make contributions to help cover the expense of this work. 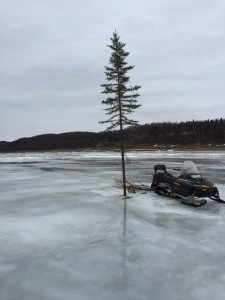 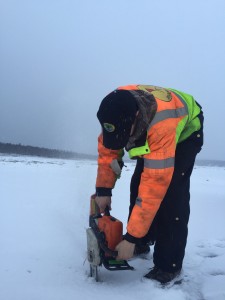 Dakota Phillips saws slot in the ice for trail markers 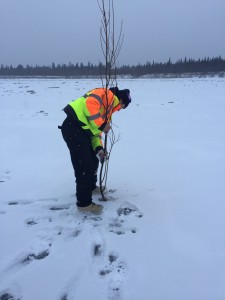 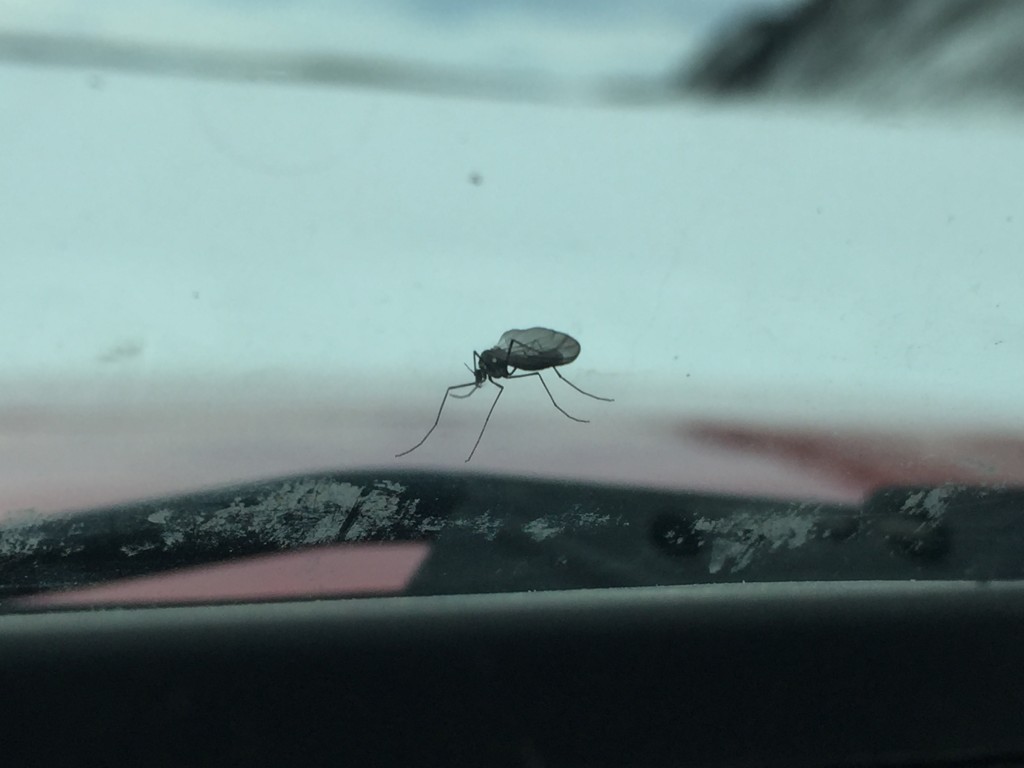 With temperatures rising to the low 40’s during this work – the mosquitos were out!