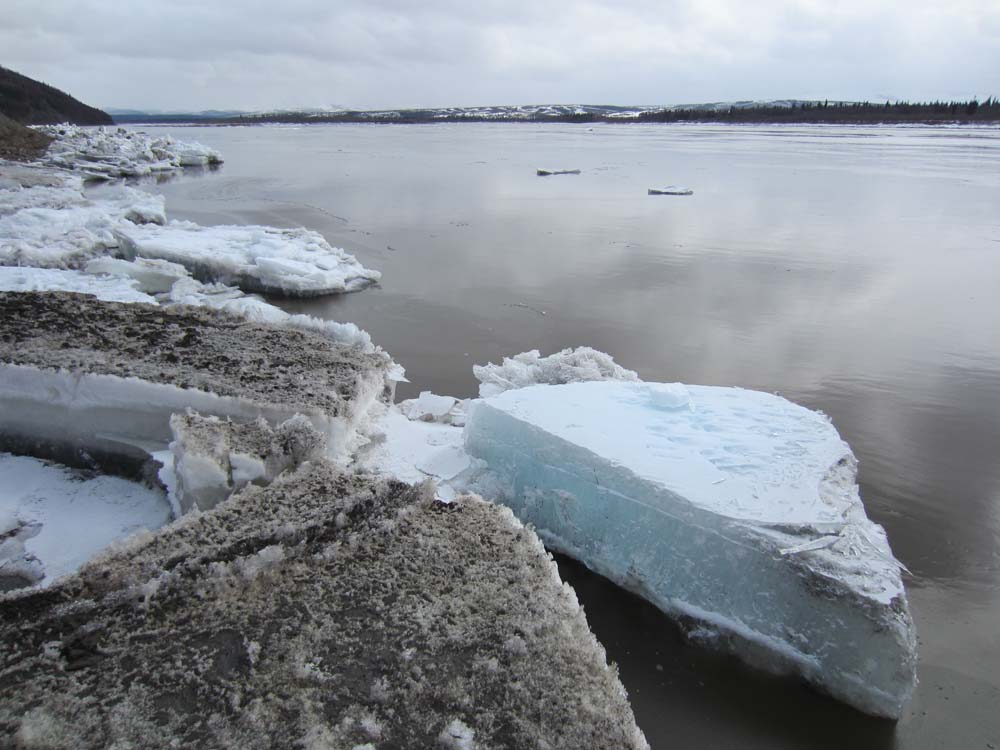 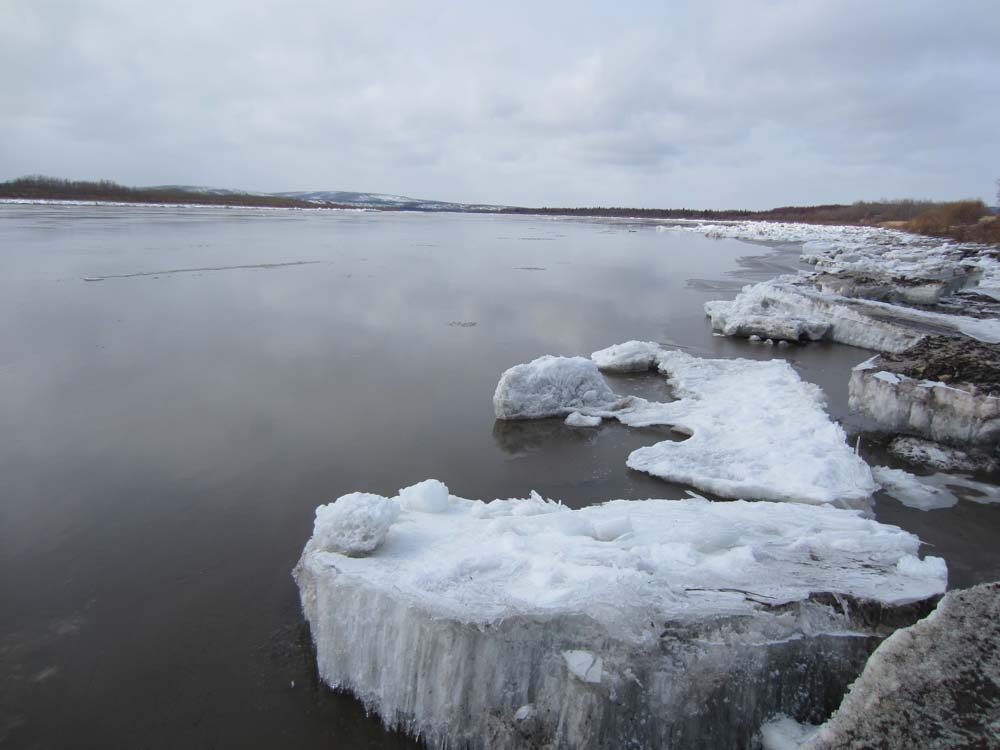 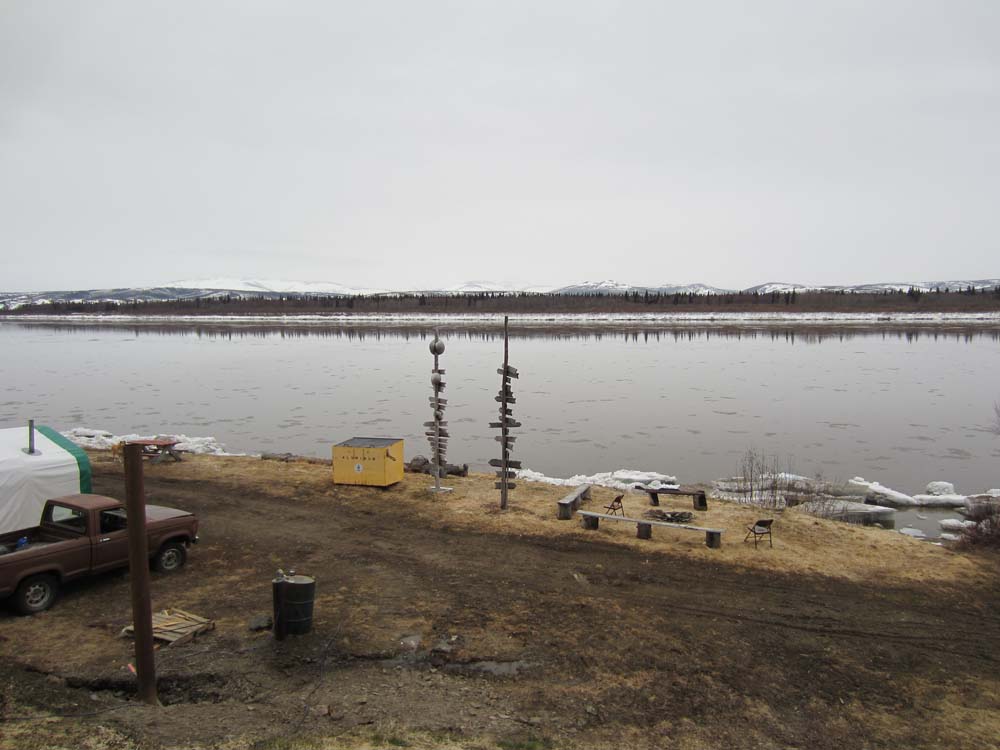 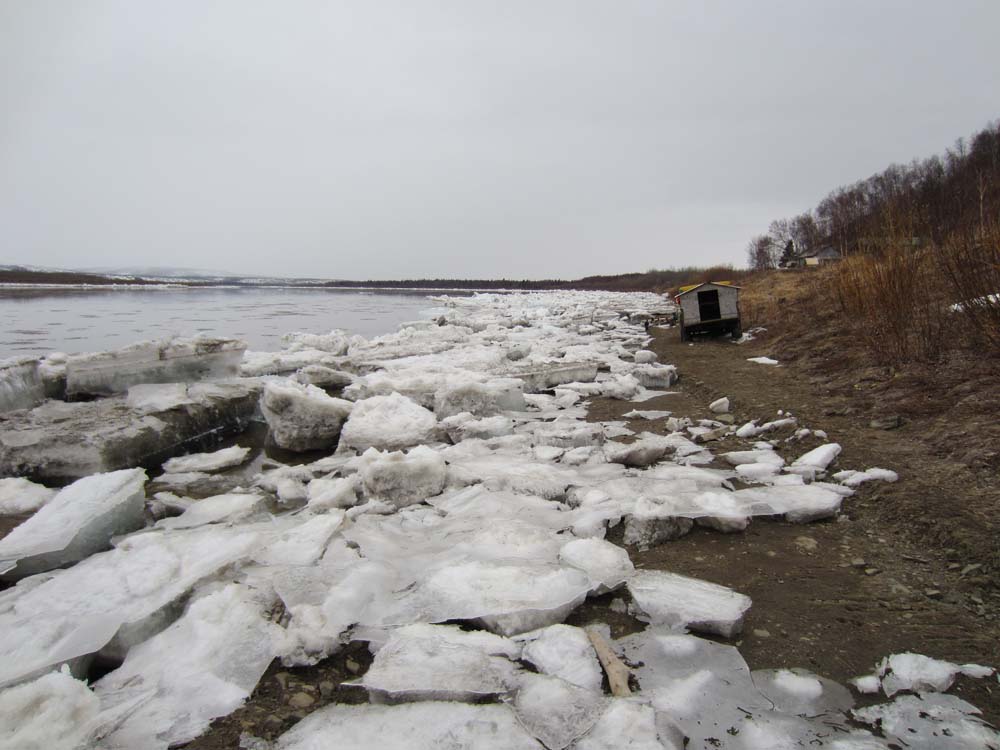 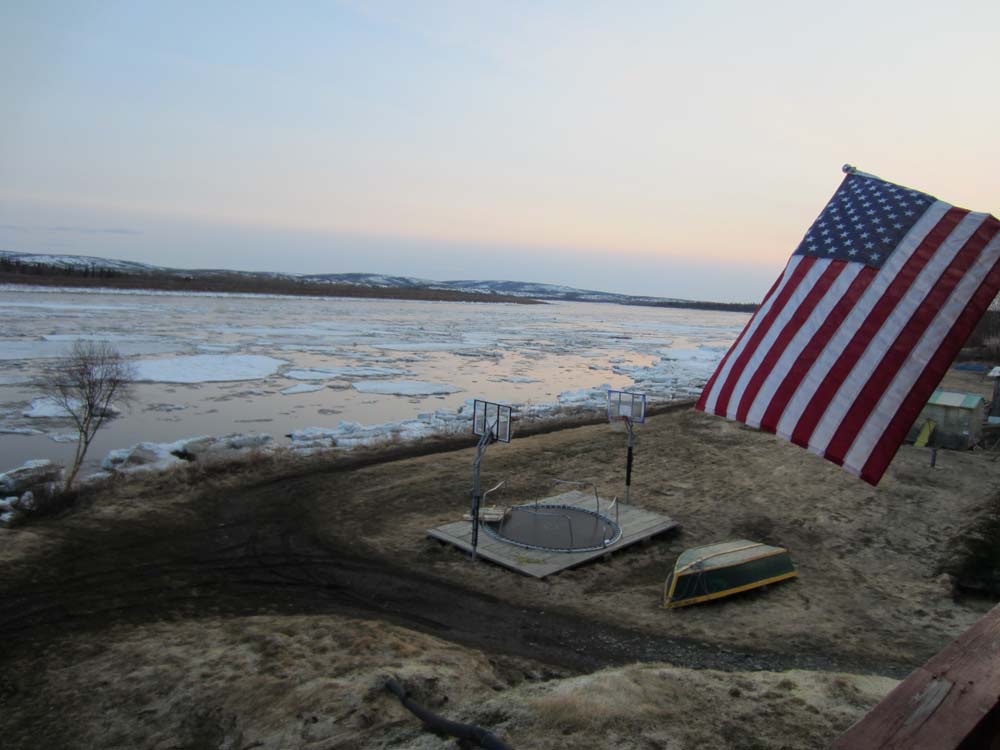 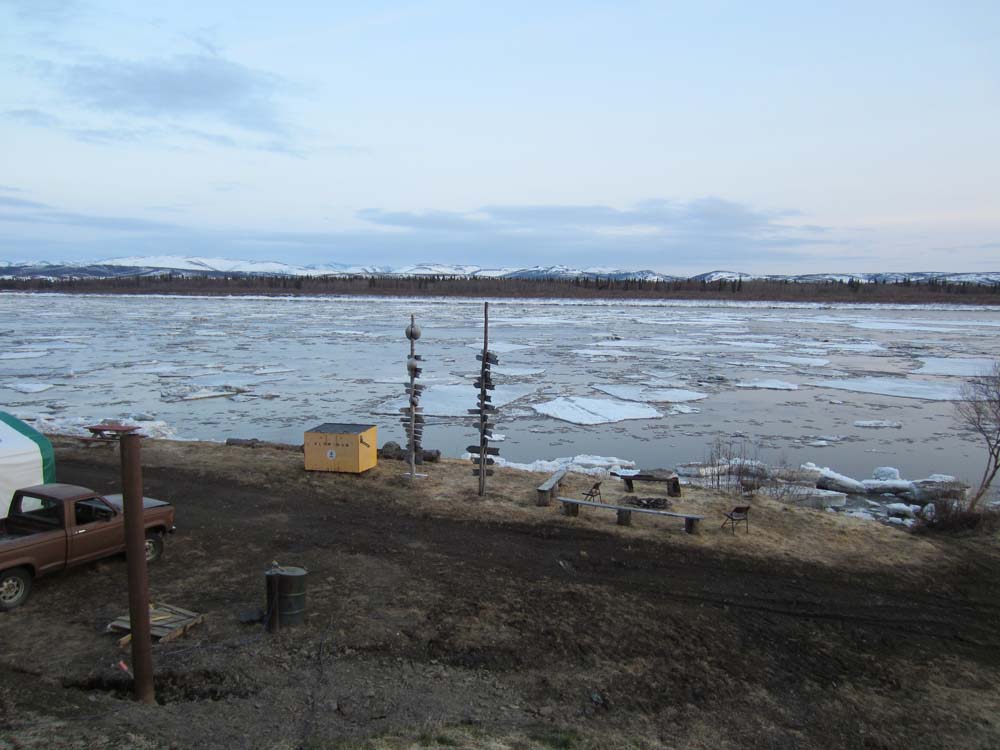 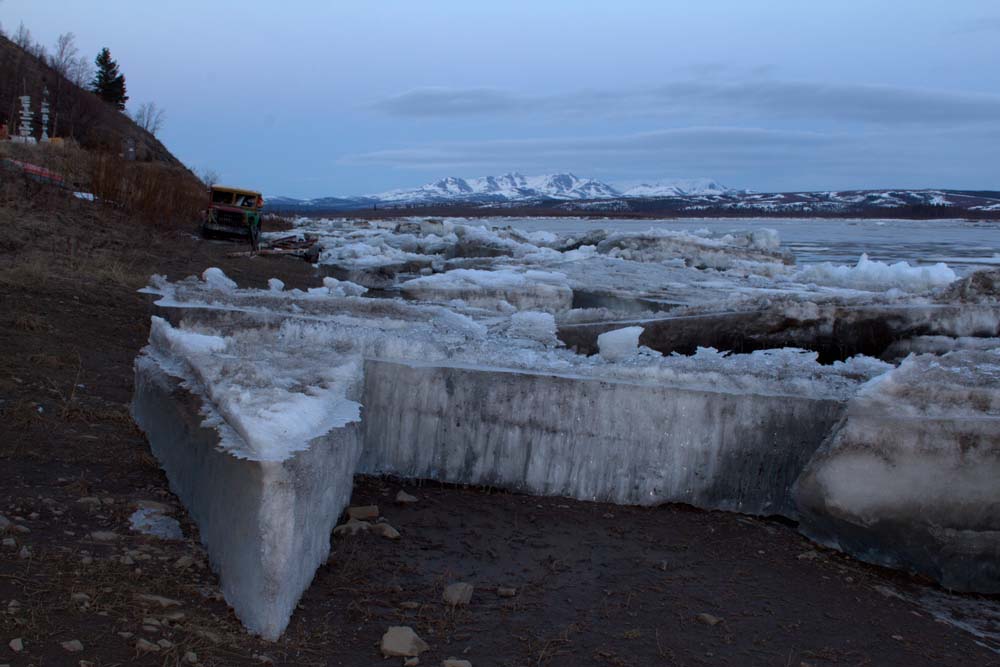 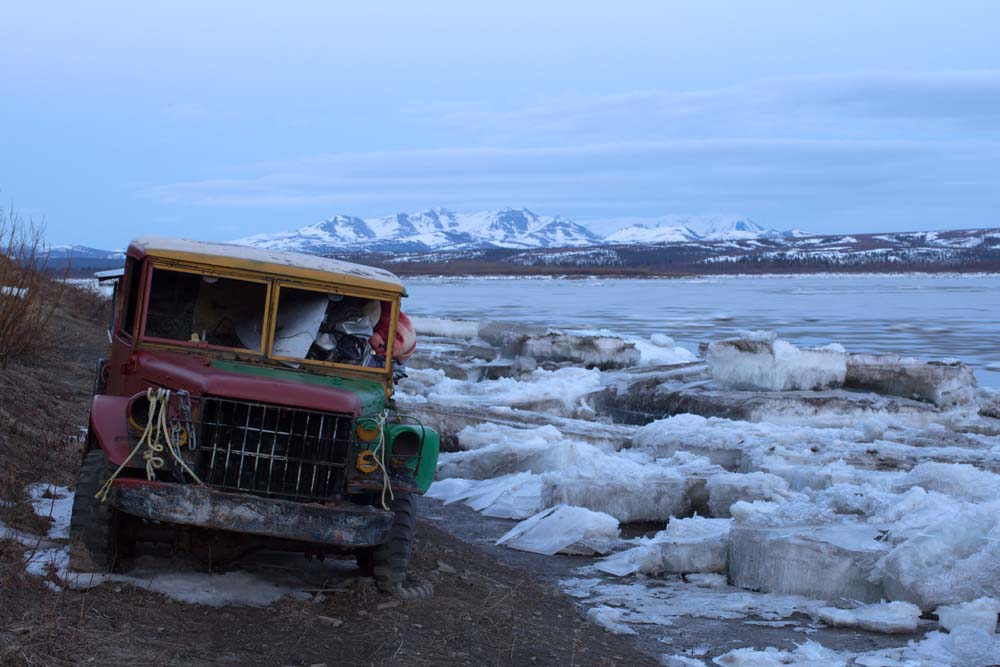 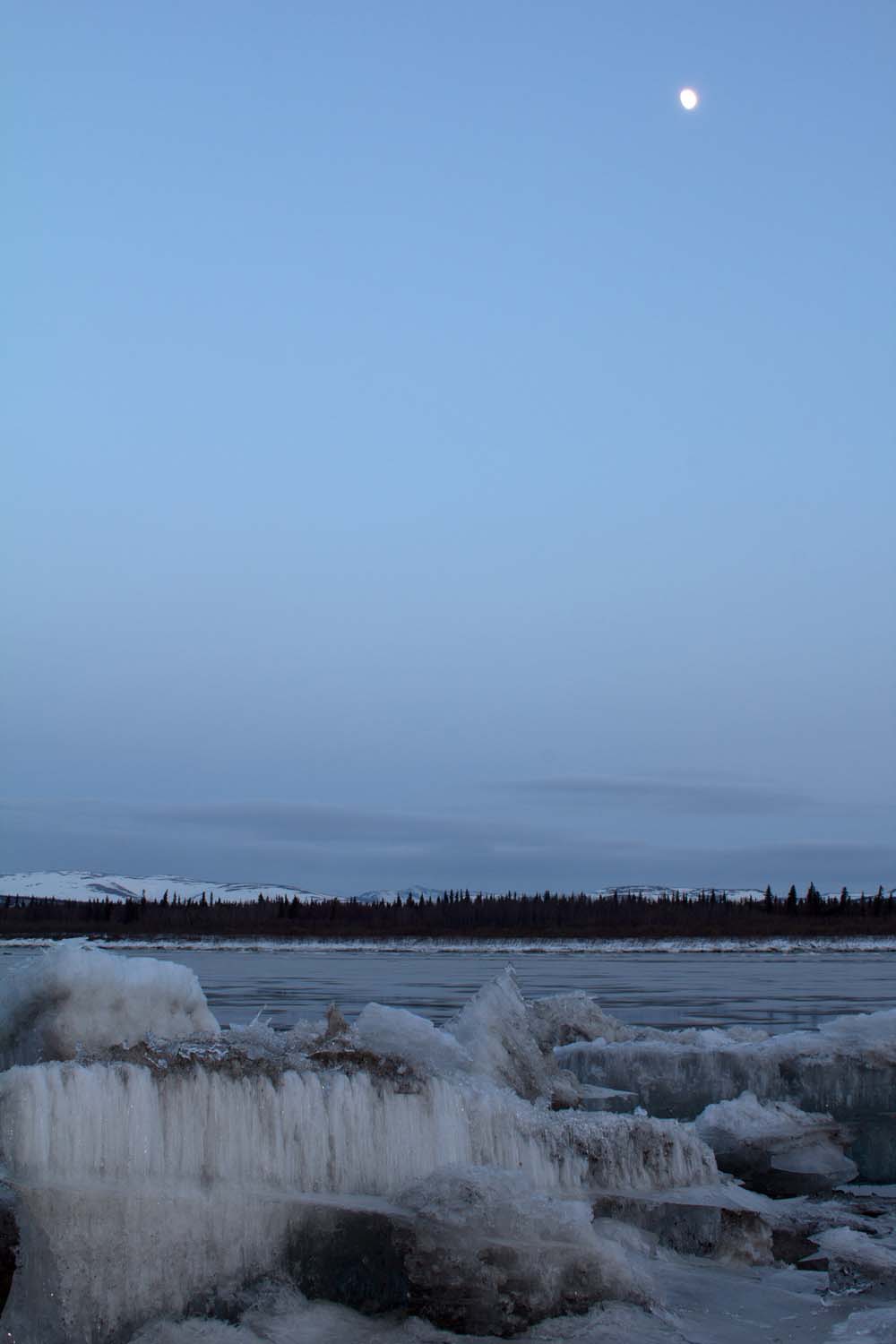 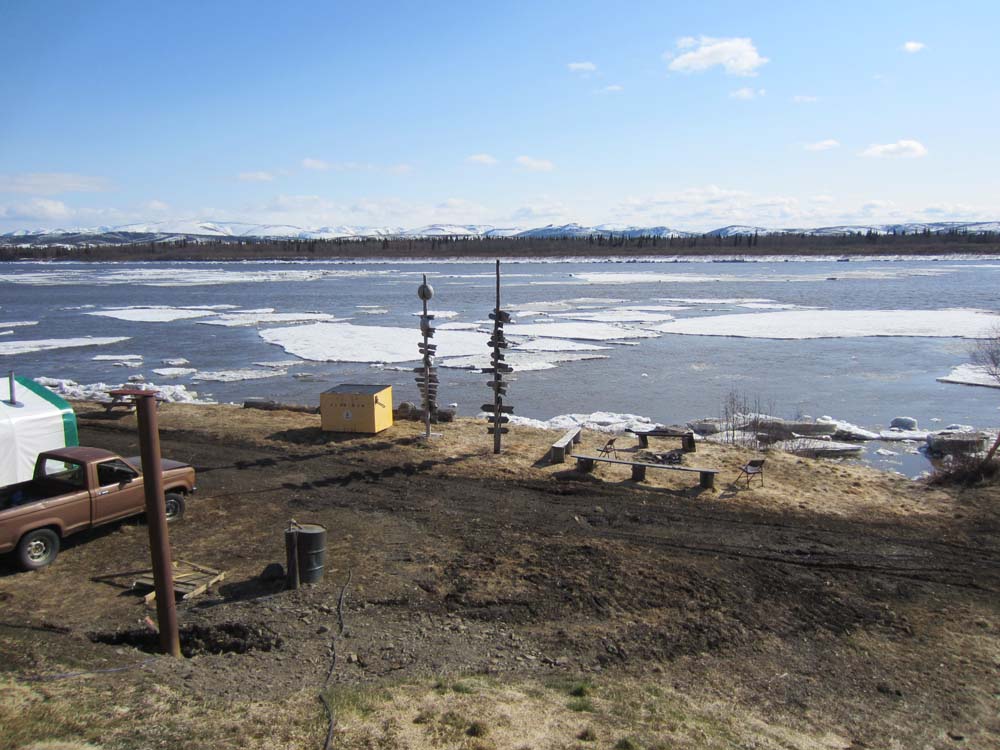 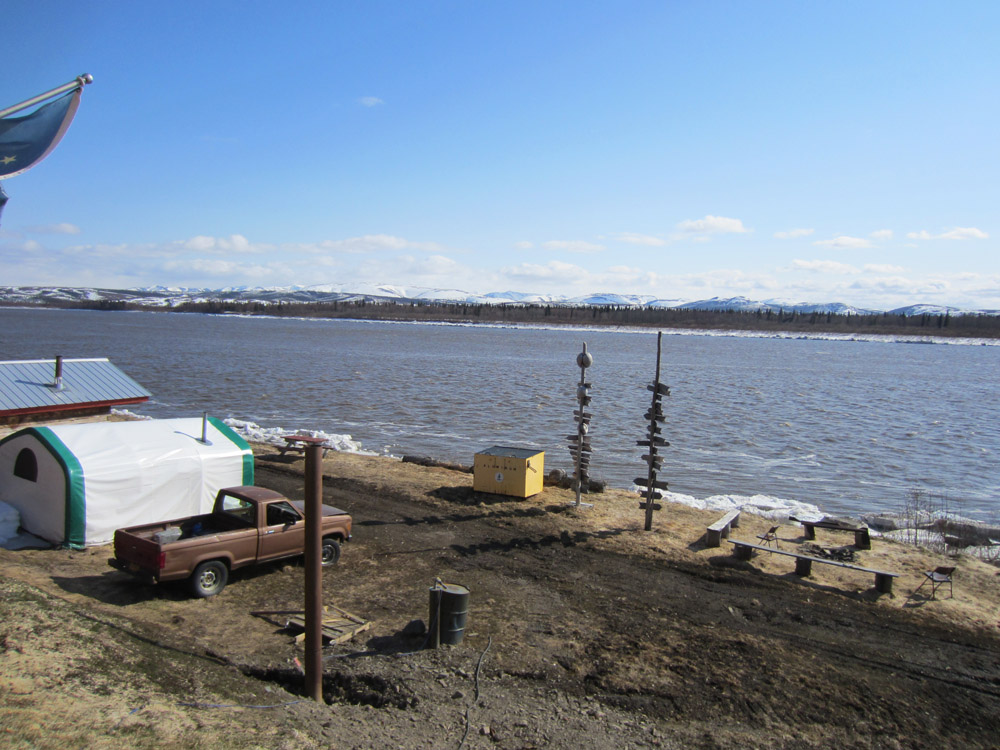 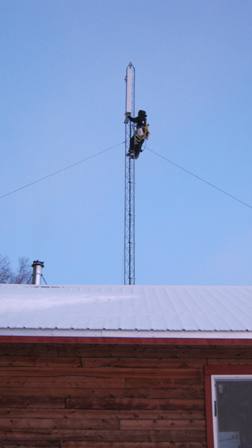 After weeks of delays due to the extended deep cold our region experienced this winter, the weather moderated and GCI technicians were able to install cell service in Napaimute on February 21st.

This system is the first of its kind in our region. The cell signal comes in through the small GCI dish we already have for our regular phones and Internet.

The cell signal is then broadcast through a special antennae from the tower we put up two years ago.

At this time, the range is limited to the original village site as far down as the airport, upstream to Avakumoff’s fish camp, and the foothills south of the River, but we are very thankful for this service.

It is very nice to be able to make and recieve calls from right in your own house or from any of the Tribe’s buildings. 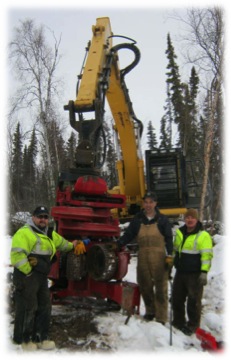 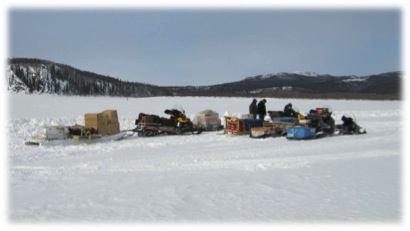 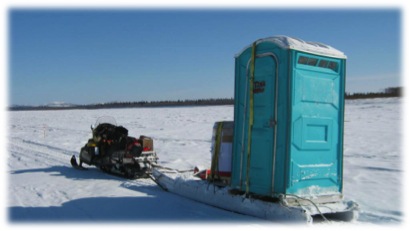 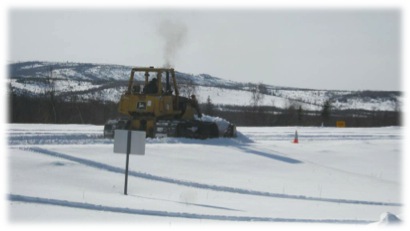 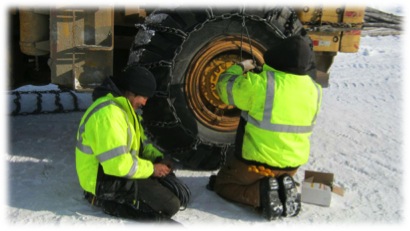 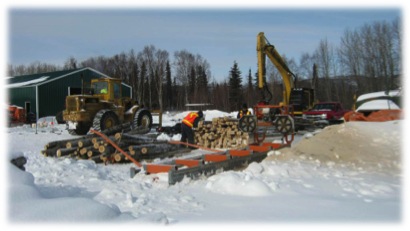 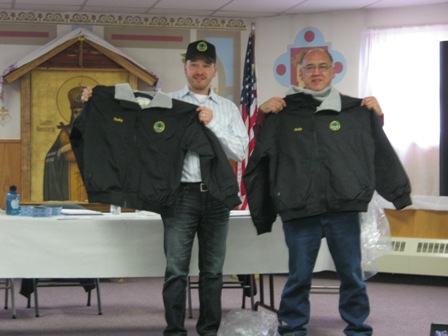 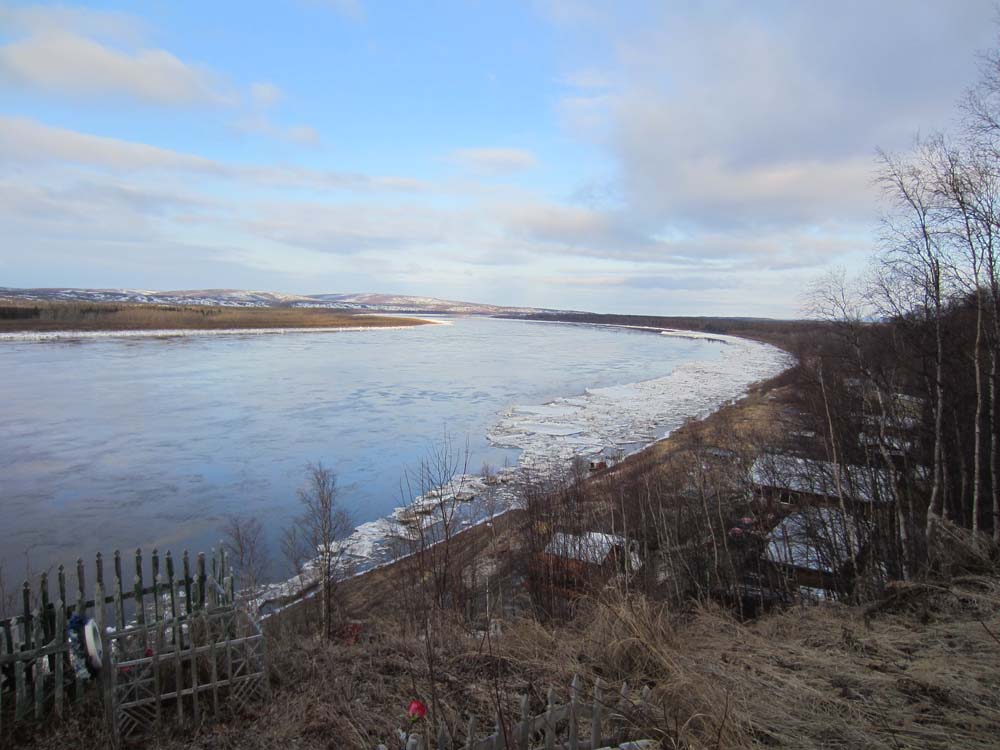 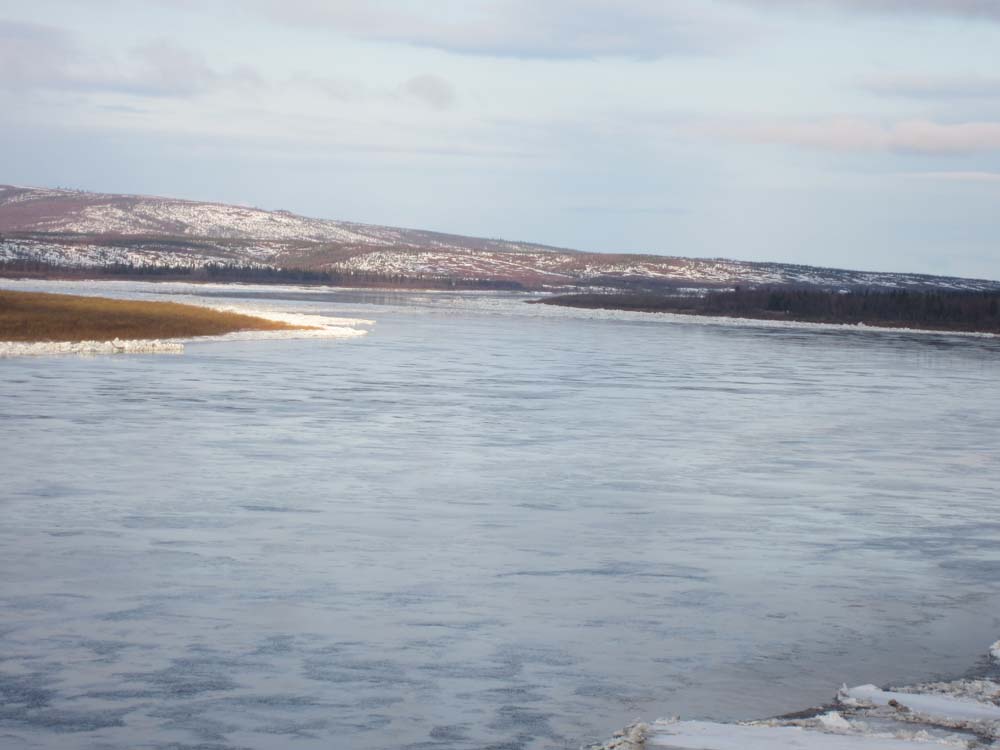 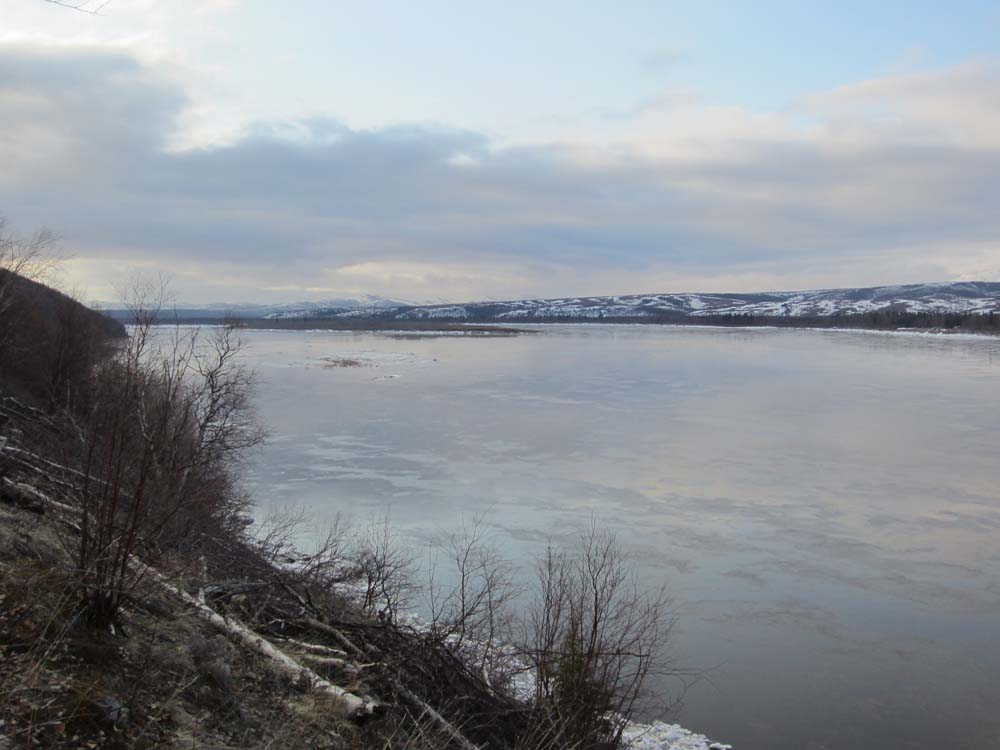 I flew into Napaimute Sunday morning and this was the view from the air: 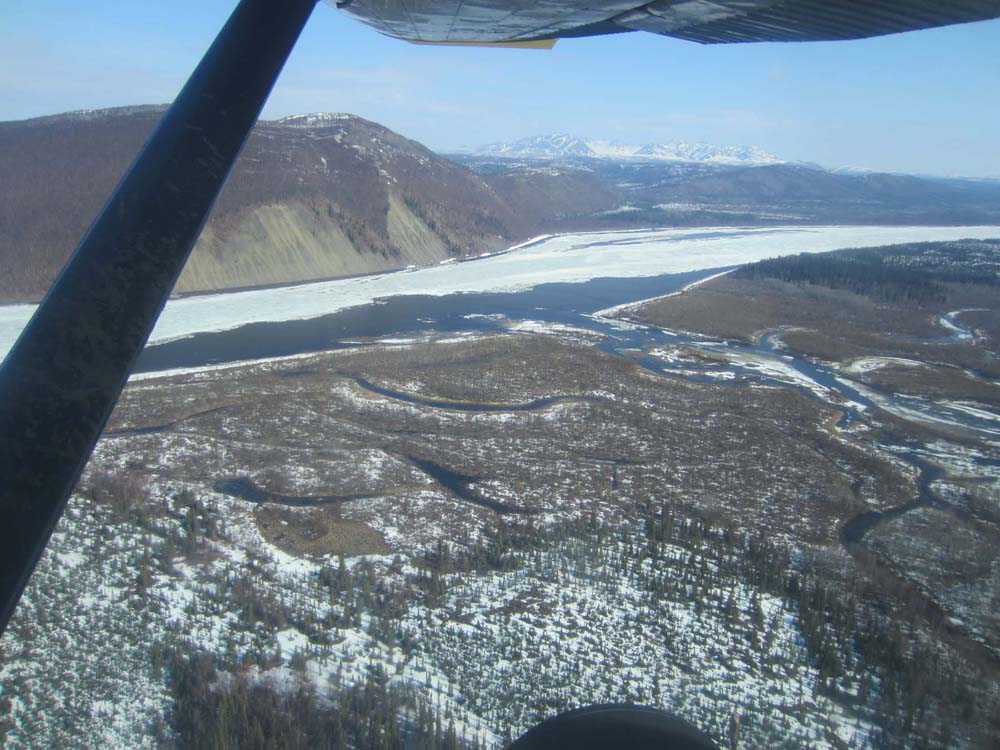 Looking at the mouth of the Holokuk 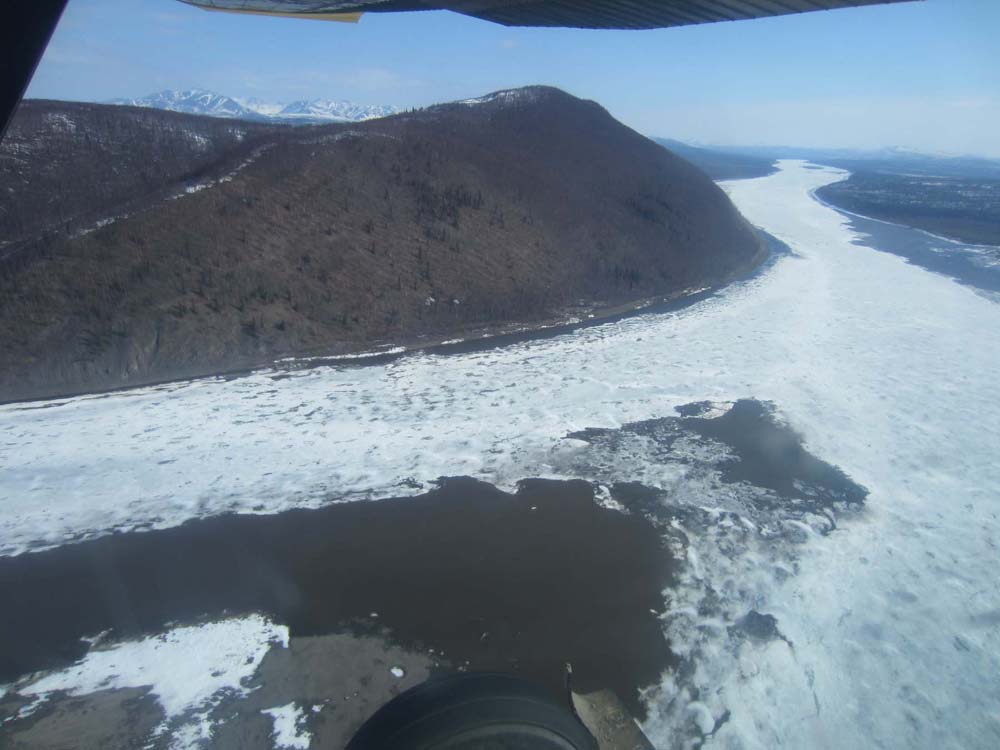 Looking upstream towards the Holokuk 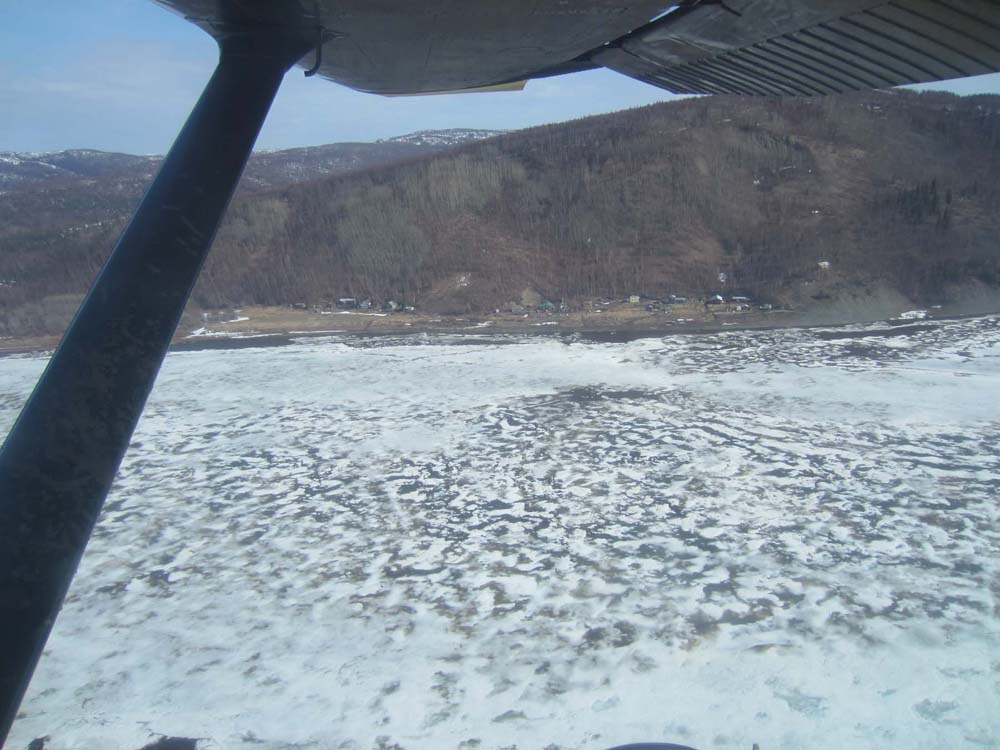 And then we landed and I tried to drive a four-wheeler the two or more miles to the village but ran into snow drifts and a deep creek crossings; it was sunny and warm – about 50 degrees and the snow was melting rapidly. I only made it half way and had to walk – and carry my gear – the rest of the way. 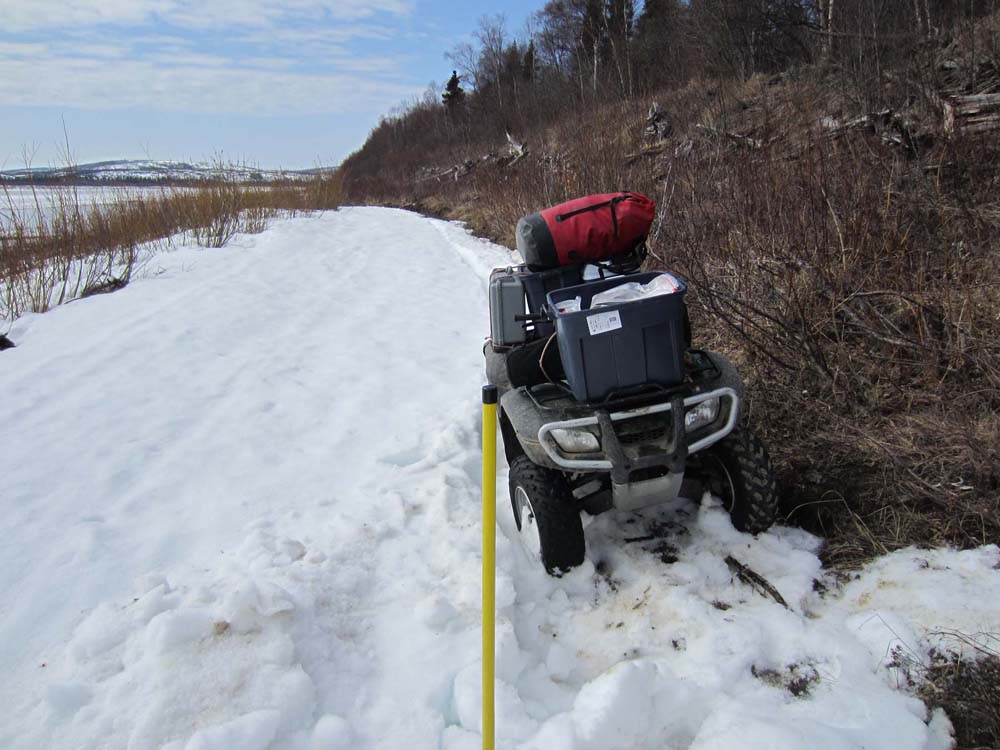 I made it 95% through the drift..until 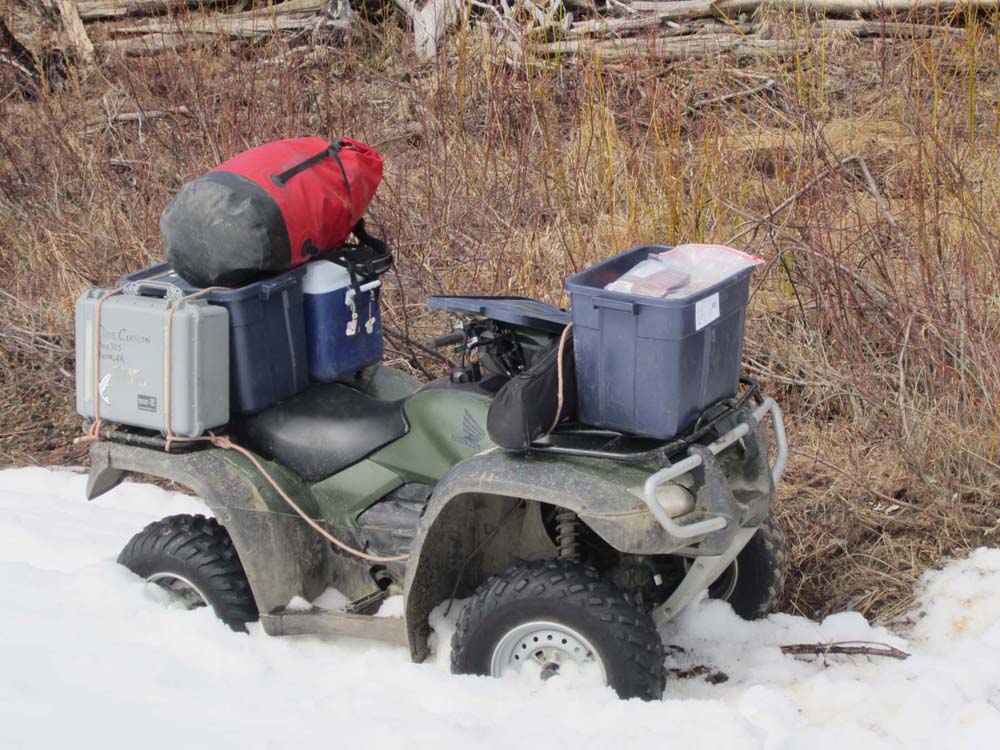 Once I dug the four-wheeler out I couldn’t go much further…or at least didn’t want to take the chance.

Once I got settled in I went to bed.  About 6:00 am I heard the ice moving or shifting.  It really started moving at about 3:00 pm once the sun came out. 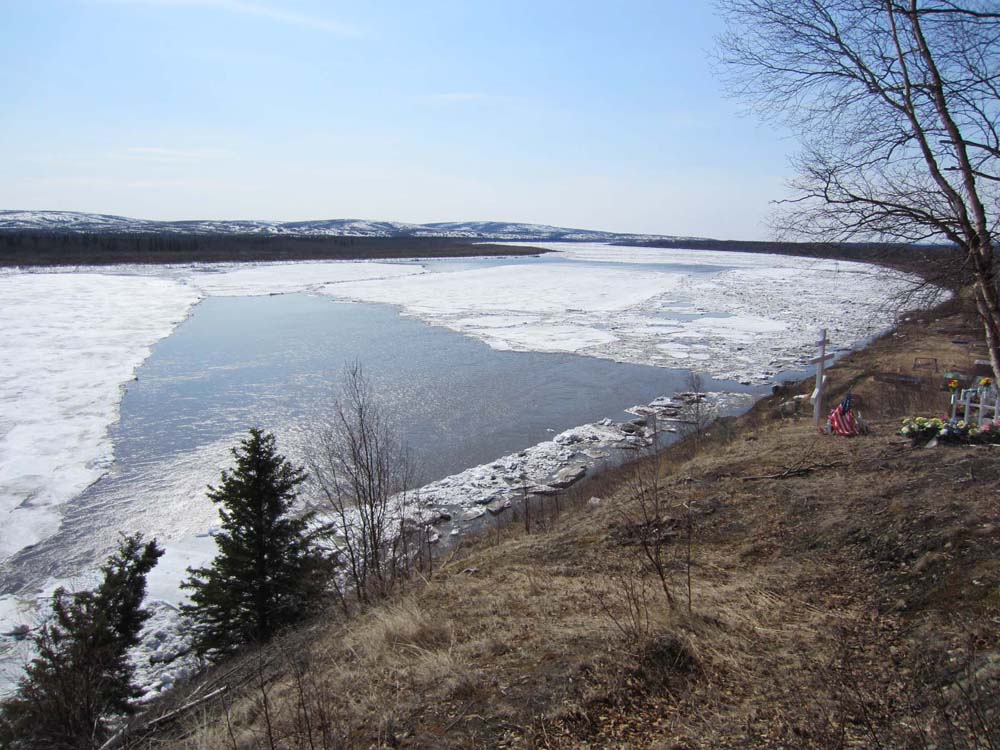 Looking downstream from the Chapel 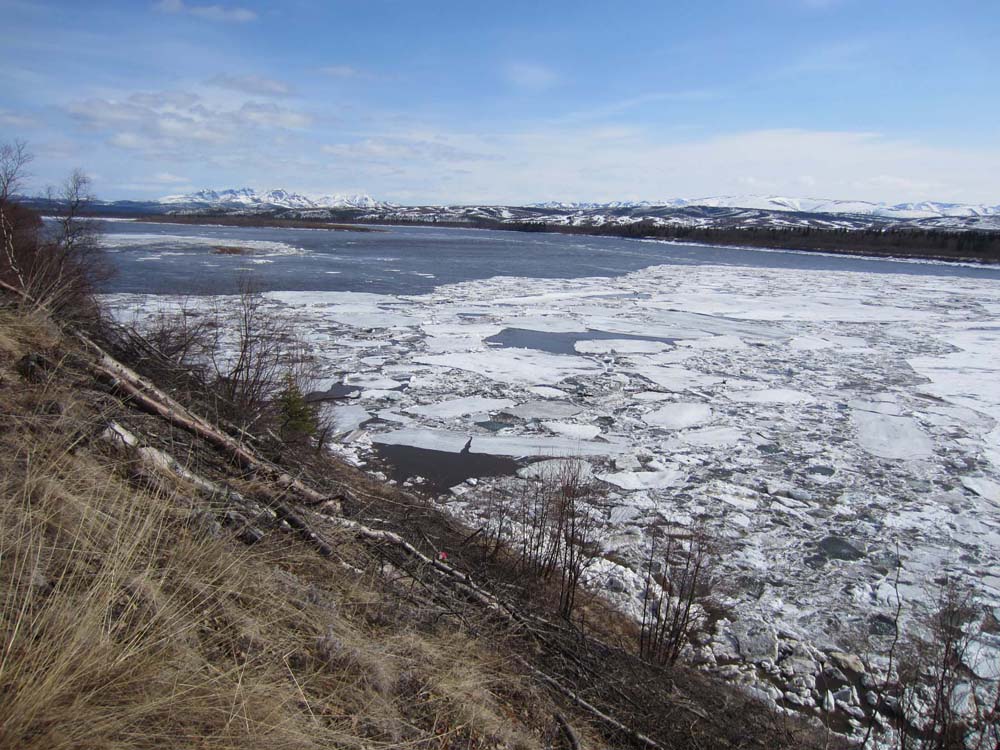 Looking upstream from the Chapel