The Donlin Gold Scoping Report – What’s Been Going On To Date?

The Donlin Gold Scoping Report was released this past August by the Corps of Engineers and discusses the issues brought up during the formal scoping process that began in late December and ended on March 29. 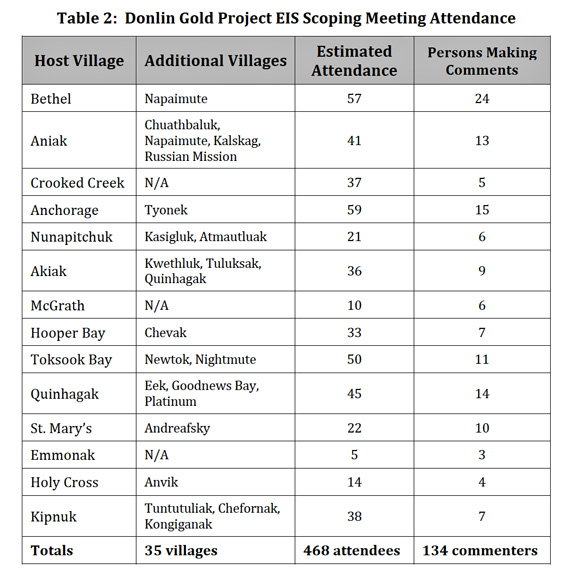 Those 134 individual commenters generated 2,763 comments that were sorted and summarized into Statements of Concern which are groupings of comments that share a common theme (e.g., acid mine drainage, water quality, fish, barges, etc.). 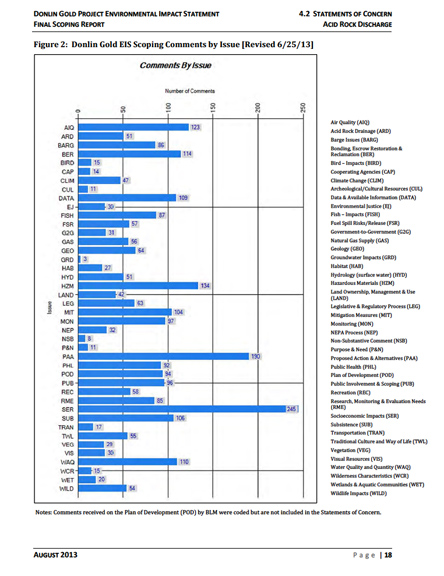 The number of comments for each area of concern.

Examples of Statements of Concern: 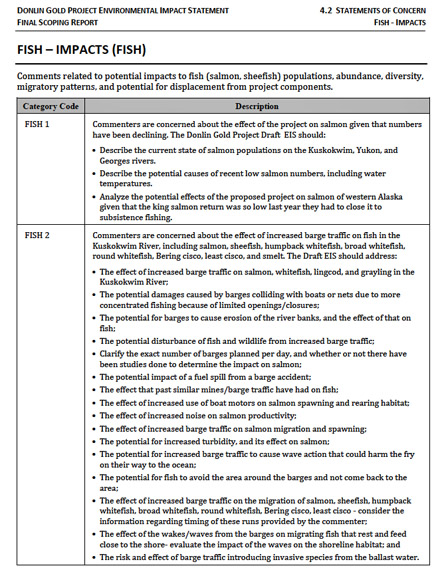 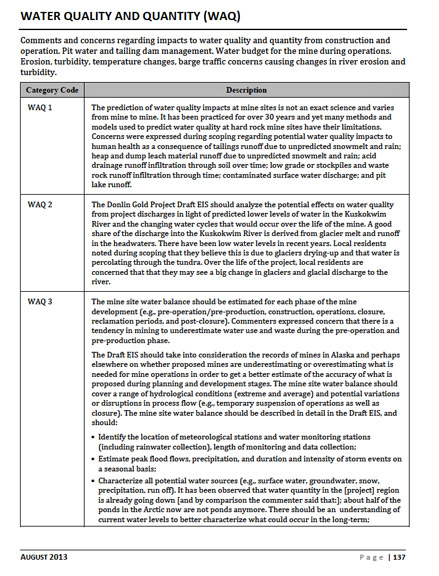 The entire document can be found on the Donlin Gold EIS website at: http://donlingoldeis.com/Documents/Donlin%20EIS%20FINAL%20Scoping%20Report.pdf