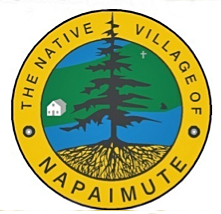 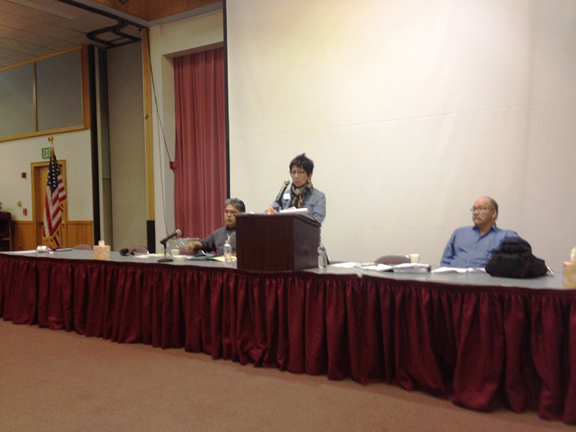 The focus of the Regional Economic Summit was the high cost of energy in our region and its overall effect on all aspects of our daily lives here from the price of transportation to the expense of everyday goods and services. While there were many distinguished speakers at the summit, nothing really new was revealed. Nor were any solutions to our rural Alaska energy crisis offered – at least for the near future. There are several things like the Yukon Kuskokwim Freight/Energy Corridor, the Donlin Gas Pipeline, the Chuluminik Lake Hydro Project, and a High Voltage Direct Current Line from a natural gas fired power plant located at Prudhoe Bay that are being studied, but any on-the-ground implementation of these are many years away – if ever.

In the meantime, rural Alaskan residents spend 47% of their household income on energy.

Napaimute’s presentation was well received. Once again we were given more time than other presenters to tell our story and we expressed our appreciation to AVCP for this.

The 2013 Convention theme was: “Enhancing Our Resources Through Creativity, Innovation, and Unification”

The Convention convened Tuesday morning with 43 of the 56 villages in attendance. The Middle Kuskokwim (Unit 3) was represented by Napaimute, Chuathbaluk, Aniak, and both Kalskags.

NVN Council President Devron Hellings accepted a position on the resolutions committee, eventually chairing what can sometimes be a contentious process. I was holding my breath to see how NVN’s 2014 Fishing Restrictions Resolution would be received by the delegation.

But, for the first time that administration can remember, subsistence issues took a back seat to a new threat to our region:

The following are highlights from the presentations given at the Convention:

The Keynote Speaker at this year’s convention was Ana Cooke Hoffman.

AVCP Financial Report was given by new CFO, Alex Werba:

The auditor’s report was “no significant findings”

No 2014 budget yet due to government shut down.

This is a demonstration project being proposed to Congress. 2/3 of the Kuskokwim tribes would have to pass resolutions of support

The following were nominated for the two open housing commissioner seats (this year’s election was conducted by AVCP-RHA):

I later met informally with the Commissioner and Gene Peltola to discuss the need for food stamp reform and its negative effect on the health of the people of our region. I showed him the color ad that runs each week in the Delta Discovery for pizza from the QFC: “Quest Card Eligible!” Is that the intent of food stamps – to let people buy pizza??!  We also discussed the genuine need for assistance with food purchases but how the food stamp program is seeing rampant abuse – being used to purchase soda pop and all kinds of processed convenience type foods. This is affecting the health of our people. Our region now has the fastest growing diabetes population.  There is also a growing suspicion that welfare programs are contributing to the high cost of living in our region. Welfare has become such a huge part of our local economy that vendors can inflate their prices to further take advantage of what many consider “free money”. We have seen fuel vendors in the villages do this with the Low Income Home Energy Assistance Program (LIHEAP). He took the copy of the newspaper with him.

I had to run to the airport to ship supplies to the guys winterizing our equipment at the harvest site so missed the presentation by Judge Charles Ray and the Bering Sea Elders Committee.

The resolutions sailed through this year’s convention with very little discussion or controversy. Many of them were grouped together and passed according to the recommendations of the resolutions committee. Devron did a great job of chairing the committee and keeping the resolutions process flowing smoothly and timely.

Regarding the two resolutions submitted by NVN:

The one requesting a change in the AVCP By-laws to hire the President instead of electing was pulled before there was much chance for discussion. This was due to a misunderstanding. We knew going in that this was to be an advisory vote only. If it appeared that the AVCP villages were ready to seriously consider changing the By-laws, then in 2014 we would work through the process of giving all 56 villages 30 day notice of the proposed By-law change. The delegates would take the official vote to make the change at the 2014 Convention. This plan had been communicated to AVCP when we submitted the resolution and they understood. Unfortunately, some didn’t and the resolution was pulled after two delegates spoke in opposition to it and one former leader of NVN spoke in favor of it thinking that it was invalid without the 30 advance notice to all the villages.

This resolution was referred to the AVCP Executive Board. There was no discussion. The reasoning was that this is an issue for just the Kuskokwim River Villages not for all 56 villages to consider.

This resolution will be addressed at a meeting of the AVCP Executive Board during the AFN Convention. I hope that NVN representatives and others from the Middle Kuskokwim will be able to discuss this resolution with the AVCP E-Board at their meeting in Fairbanks. I would also like to address this with the E-Board via teleconference if the opportunity could be made available.

I missed the Calista report as I was in a meeting with Joe Spaeder of the AYK Salmon Research Project.

CEO Ron Hoffman addressed the delegates. Here are the key points of his presentation: 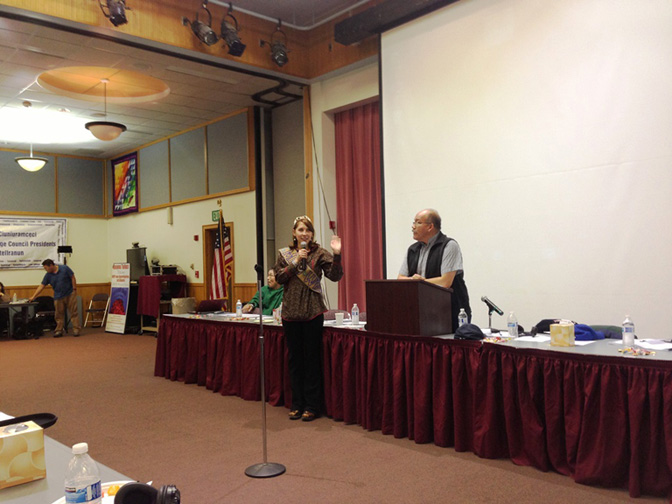 CEO Gene Peltola addressed this year’s Convention. Here are the highlights of his presentation:

On A More Positive Note:

KYUK has funding to install 2 low power FM stations in villages that don’t currently receive KYUK radio (some of the coastal areas, upper Kuskokwim and the lower Yukon)

The 49th AVCP Convention closed with the presentation of the President’s Awards.

The Hunter-Fisher Award was given to the 25 fisherman that protest fished in 2012.

The Tugkar (Eddie Hoffman) Award went to the attorney representing them.

I noticed that the delegates from the Middle Kuskokwim didn’t clap when these awards were given.

2014 will be the 50th anniversary of the AVCP Convention and they are looking for ideas to celebrate this.

The convention will be held in Bethel.

That’s the report from this year’s convention.